Rally is huge in Belgium, and there are thousands of fans literally flocking the stages of every event, from local, national to major international rallies. Today, Belgium is represented in the World Rally Championship, thanks to the young and talented Thierry Neuville, but there is another Belgian driver, who was part of the WRC pack just few years ago. Well, few is a pretty flexible word, as we know.

Thanks to the efforts of Dré Galiart, I am happy to publish three excellent photographs of Mr. Duval’s latest project. He took part in Rallye de Wallonie in a brand new Mini JCW WRC car. Take a look below for more images and a report, writted by Mr. Galiart. Thanks Dré! But before you do, make sure to follow Dré on Twitter, lots of useful rally insigts and opinions.

Namen (Belgium) – This weekends 30th anniversary of ‘Rallye de Wallonie’ in Belgium saw the return to modern World Rally Cars of François Duval. The local, former WRC, hero supported by First Motorsport made an impressive run in his freshly build Mini JWC WRC. However he didn’t make it to the end of the rally when the day 2 parc ferme start delivered an electronical faillure on the Mini. Former Hyundai/Mitsubishi ace Freddy Loix took the win making it a three time victory for the start of the 2013 Belgium season.

Close racing
Being the stronger of the cars, Freddy Loix clearly had an advantage over the 1.6 WRC’s. Freddy drove a 2C Competition Focus WRC which has been solid all over the start of the season. His two 1.6 WRC challengers were Duval and WRC regular Dennis Kuipers in his Fiesta WRC. The battle went on untill stage 12 with only hardly 15 seconds seperating Loix and Duval and two scratches sofar for Duval. After that things turned ugly as a flat tyre on stage 13 costing him over one minute. It also put Dennis Kuipers in second spot overall. Kuipers who had been able to pretty much hold on to the rhythm of Duval and sometimes even beat him. 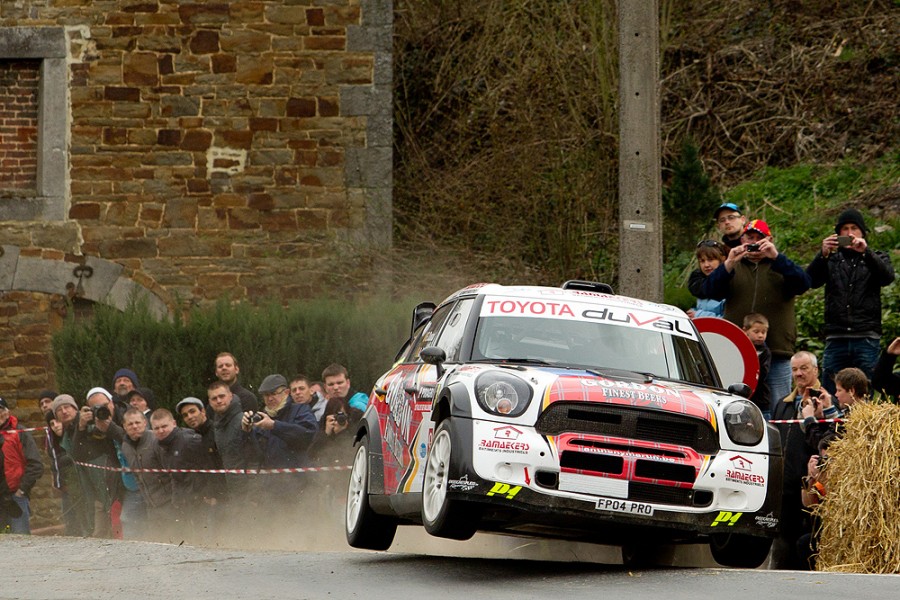 Drama struck
With Loix leading over one minute from Kuipers (who lost most time with shifting problems on day one), day two promissed some more exitement. Duval only down six seconds on Kuipers would be motivated to regain that second spot, but an electrical faillure put the rally to and end for Duval. “An electrical coil melted causing also one of the sparkplugs to melt. It was impossible to get that sorted in parc ferme without the risk of causing even more damage” First Motorsport stated. He wasn’t the only one who had his share of drama. Dennis Kuipers was reported to have his a cow!

Loix as a codriver
With a comfortable lead in the pocket and the Belgian Championship for the first half of the season close to being in his pocket, Freddy Loix took the risk of giving his codriver a go in the Ford Focus WRC. ‘De Fredjes’ as they are called in Belgium left some beautiful quotes in their Youtube footage of this event with Freddy stating after a couple of hundred of meters stage ‘oh yeah, euh, pacenotes’ meaningwhile being more worried about Frederic Miclotte’s shifting on the Focus WRC. The footage can be found here http://www.youtube.com/watch?v=VUfapSc_JeM 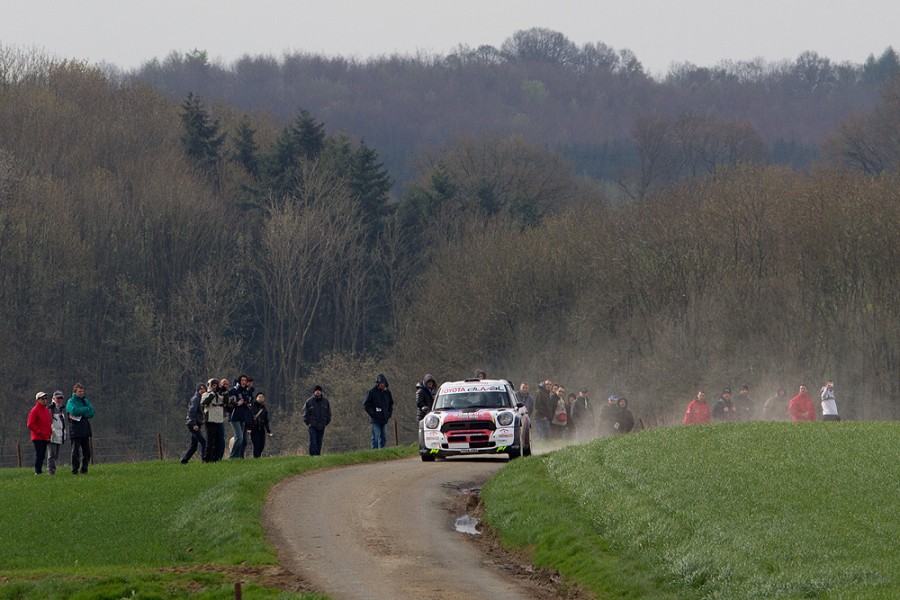 Weijs unlucky
Somewhat more in the backfield it was Hans Weijs Jr. on his way in another iconic car; the ex-Alistar Mc Rae Golf III kitcar! His pace was great in the old VW, but also his had his share of bad luck when a manhole cover was opened up by other competitors. His front wheel managed to make it through but his right backwheel was the victim being ripped of the car including brakedisk. “And I was just on my way of catching the Super 2000 in the general classification” Weijs stated to us. However under superrally he managed to do the Sunday loop of stages setting some impressive times.