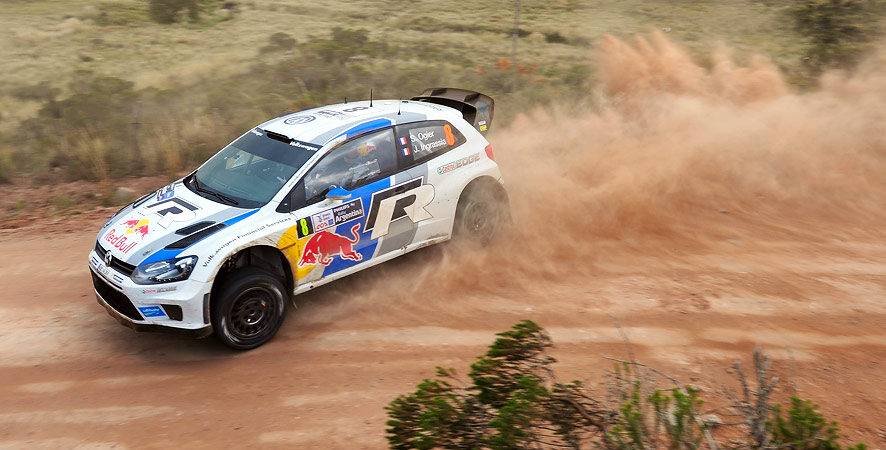 With two 51 kilometer stages, flanked by two 27 kilometer ones, there was a high chance of drama in today’s first leg of Rally Argentina. And there was drama, plenty of it. On top of this morning’s roll by Dani Sordo, there were fresh bad news for another of the top WRC drivers – on special stage 4 it was game over for Mads Ostberg, after he hit a rock not far from the start of the stage. Broken steering put him out of the rally, but apparently he will be able to rejoin tomorrow, as a rally 2 competitor.

Afternoon loop was even more complex in terms of tyre choices for many drivers. With heavy clouds and mist still hanging over the stages, picking the right set of rubber was not easy at all. In the end, Citroën’s failed to match the weather with proper footwear – they picked harder compound tyres and struggled. It affected some of the drivers more than the others. Dani Sordo was particularly slow, citing lack of confidence at the stage end – was it because of the wrong tyres, or was he still under the impression of that roll earlier today, hard to say.

Up there in front, the fight is very much on, and it’s a great one, despite many problems and issues. Sebastien Ogier leads his belowed namesake Loeb by mere 16.3 seconds, while at the same time, Loeb is being closely followed by Mikko Hirvonen, only 1.8 seconds behind the Frenchman.

A bit further down the line, Jari-Matti Latvala trails Hirvonen by 22.6 seconds. Latvala was pretty fast and solid today, but his position and overall result could have been much better, he says: “I am very annoyed, we had to drive this long stage twice with faulty handbrake. It’s so bad, in hairpins you cannot used handbrake, all you can do is flick the car – we lost a lot of time.”

I must say, I was expecting and fearing we would be seeing larger gaps in the end of the day. Good thing is, there aren’t any large gaps in the battle for the lead. Even Jari-Matti is still very much in the race for the strong finish. Perhaps Citroëns lacked some speed and confidence on “wrong” rubber, but ultimately, the difference was not that big, thankfully!