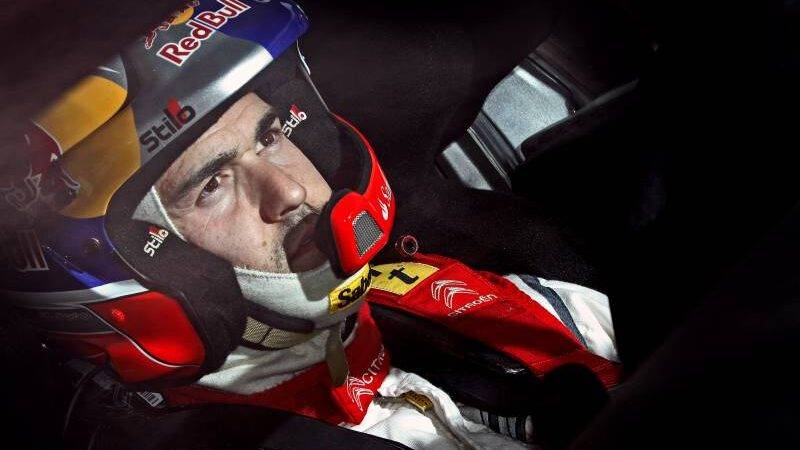 First stage went though quite peacefully, drivers and co-drivers getting into the groove, studying the conditions and trying out the footwear on their cars against the elements. But then, on Special stage 3, the monstrous 51 kilometer realization of a dream by Jean Todt test, it all went a little bit more dramatic.

Apparently, Dani Sordo rolled on the stage, which is what he does when he is returning to good and competitive form. He cannot help but roll in sheer excitement of being involved in the battle for the lead. But, there is more to this roll, oh yes there is.

As we know, Sordo also rolled on Citroën’s Road Show event. And now we know why! At the end of the SS 3, Sebastien Ogier was “on fire”, good thing he was strapped to his seat, otherwise he would be running inside the car and on the ceiling, Excorcist style.

“They (Citroën and Sordo) had good tactic. He blocked me for kilometers, and I lost time”, said Ogier about Sordo’s obviously carefully planned and execuded sabotage. He (Ogier) then collected himself a bit, and instead of saying “I hope all his gears turn into reverse!” replied with “I don’t care!” when presented with the information that Sordo had a roll and was slow for good part of the SS 3.

Was Sordo practicing a perfect roll to use on Ogier during Road Show event? Obviously!

On a more serious note, if there was time lost, and especially if it turns out to be caused deliberately, stewards should be able to fix things for Mr. Ogier. Who, incidentally, still leads.

Could Ogier be a bit too dramatic here? Possibly! But I don’t think you will want to drop your guard or let any bit of doubt creep in, if you are Sebastien Ogier and are running for your first WC title. It’s about being right and determined, even when wrong.

UPDATE: Seb Ogier calmed down a bit, no grudges towards Dani Sordo. The two had a chat at the service, and Sordo didn’t actually see Ogier following him. “It happens in a rally”, said Ogier at service.