Ogier: “We have a title to win” 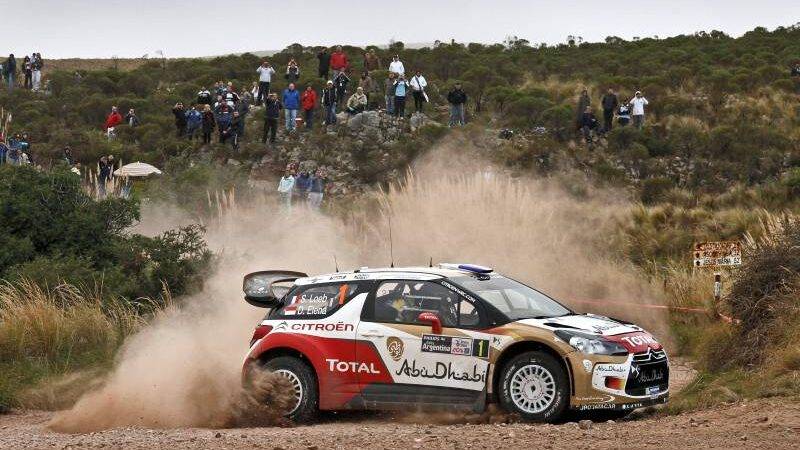 The big bad battle for the ultimate victory between two Sebastiens is over, apparently. After seeing Mikko Hirvonen stopped on the stage, and with Sebastien Loeb pushing as a crazy person, Sebastien Ogier decided to say “Ah, feeck it”. There wasn’t much else to do for Ogier – at best he could have taken few seconds back from Loeb. Rougher sections threatened with punctures, though, and Ogier was already out of jokers with spares (a puncture near the end of special stage 8 meant he entered SS 9 with no spares). Sadly, it looks like the fight between these two is over for now.

It was a drama filled stage, wrapping up the action today – well, there is a super special still to run, two hours from now, but long stages are done. Mikko Hirvonen had electrical problems on this stage, prompting Jari-Matti Latvala to unsheath his sword and yell “For Volkswagen”, as he took his Polo over the crest! With broad smile, and sword flashing in the sun, Latvala landed into a hole, puncturing a tyre.

Even though Jari-Matti had to stop, he was still in heroic mood. “Someone better time this tyre change, because it’s going to be epic”, he thought to himself.

[quote]Jari-Matti Latvala:
We saw Mikko had a puncture so we took a chance and pushed and came over a crest, took a big jump, and landed in a pot hole, hit really hard and punctured the tyre there and then. We stopped to change it and had a really quick change and we’re satisfied with that! Of course we practice but at least that’s something we can claim to have done well today![/quote]

And that’s about it – for today, we have another stage, super special, but for now it looks like Sebastien will take the win ahead of Sebastien. I’ll show myself out now for using this delaminated joke.