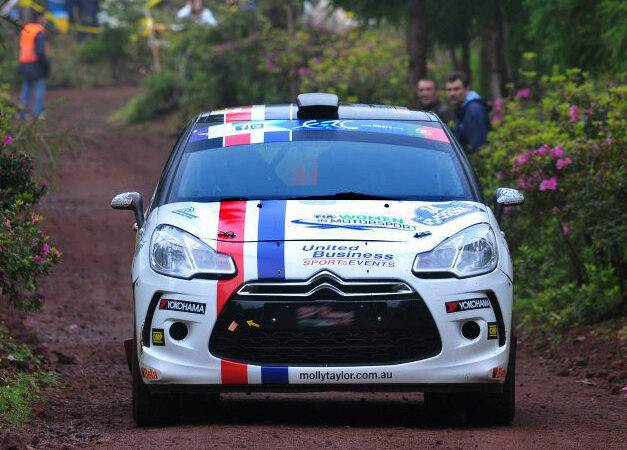 The French rally will see, for their second race of the season, Molly Taylor and Seb Marshall with the Citroen DS3 R3 with which they took part in the Rally of the Azores.

If it is true that the first race of the year was unlucky for Molly Taylor, as she was forced to retire after a small off, to avoid another competitor, the sports programme for this year continues as announced.

Molly Taylor will be at the start of the Tour de Corse (16-18 May), one of the “mythical” races of international rallying, a rally of great tradition, difficult and challenging, which takes place on the beautiful Mediterranean island.

Molly Taylor and Seb Marshall are aware that the event which awaits them will not be an easy one, but their spirits are high, “The Tour de Corse is definitely a challenging race – says the Australian driver – I am anxious to do the recce, it is the first time I take part in this rally. Other United Business drivers, who have already been there, have confirmed that it is really full of corners and very twisty. I am sure that the Citroen DS 3 will help me but it is a totally new rally, it will be important to read the race well trying to get the maximum result. I do not yet know our opponents, probably some of them will not be at their first time on the Corsica roads and they will certainly be favoured over me, but Seb and I will certainly will not be mere spectators, I like challenges and the Tour De Corse is a great challenge”.

To best prepare the challenging Corsican race, United Business has planned a test session for next week, most likely in Tuscany, in order to find the best set-up for the car in accordance with the new tyres which Molly Taylor will use in Corsica.