This year’s Rally Argentina provided all imaginable challenges for the crews, so they had to make their way through rain, fog, dust, water splashes, incredibly rough and rugged terrain. But this is so typical to Argentina, and part of it’s appeal. Another fantastic aspect of Rally Argentina are it’s fans. Literally tens of thousands crowd the stages, in fog, rain, cold weather – they simply don’t care. It’s their rally, and they want to be a part of it!

Browsing through images by leading WRC photographers, you can almost feel a bit of atmosphere, whether it’s the images made at popular spectating points, or on some desolate corner in the middle of nowhere – some scenery and locations are typically Argentina. Regardless of what George Donaldson of WRC Live will tell you.

Below is my personal selection, although I had to leave out some very amazing images by all teams. As Evgeny Novikov learned in Argentina, there is only room for three on the podium. I hope you enjoy these pics.

Nothing adds drama to wide angle shots better than some heavy, threatening clouds, hanging over the landscape. Add a speeding rally car to the mix, and this is the result. Of course, for crews and their teams, clouds have a deeper or shall I say more important role – will it rain, and if it does, which tyres should we choose? These questions were heard often in Argentina, especially in the first part of the event. Excellent photograph in my opinon, it even follows the law of the thirds, and also shows fans, with wide open landscape opening up in the background. 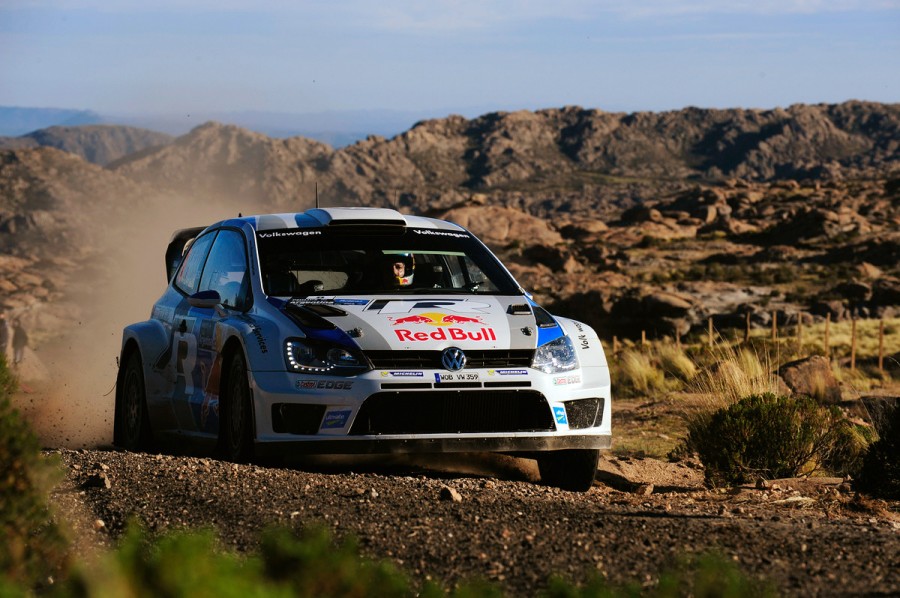 The photo agency, hired by Volkswagen Motorsport, once again produced selection of pretty stunning images. From portraits and ambiance shots to action photographs, their style is different to that of other two teams, which is actually great. It’s another part of the fresh and different perspective Volkswagen brought to the sport. In this particular image, I like the fact that we can see the driver’s face – which is always a bonus for me, if it works good with the rest of the photo. By seeing Sebastien Ogier’s face, we can add human element to this car and to the sport as a whole. On top of that, images showing people at work are always great. Similar to title photo of this article, this one is also set in a more desolate atmosphere, but tiny details paint the big story. Details such as Polo’s LED headlights, peeking from the shadows. 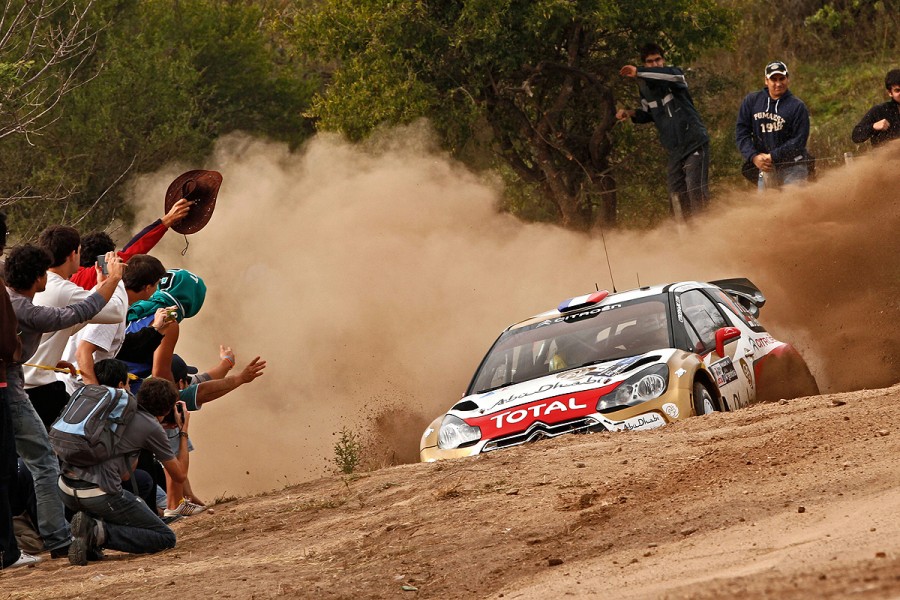 Only a handful of fans are enough for this picture, because they represent the passion and dedication perfectly. It’s about being close to the cars, hearing the engines, smelling the exhaust scents (the magical, rally scents) all while you’re screaming and cheering the crews from the top of your lungs. For drivers, this equals having an afterburn system in your car – you push harder for the fans. This photo is, in my opinon, the best in Citroën’s collection. Sebastien Loeb and Daniel Elena, tearing through the rugged Argentinian terrain, the unbeaten and undisputed rulers of this event, taking their final bow. For all we know, this was their (crew and fans) last chance to see each other in this fashion. Beautiful image.