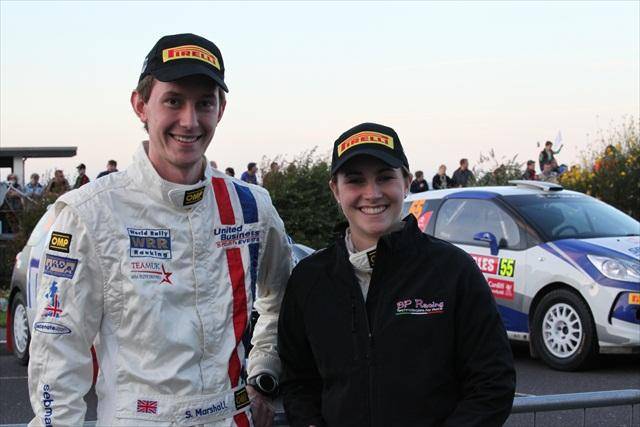 European based Aussie rally driver Molly Taylor will make a surprise appearance at the Scouts Rally SA from 24-26 May for the Ford Innate Motorsport Team.

Fresh from competing in the Rally Acores, a round of the FIA European Rally Championship (ERC) and ready to race at Rally Tour de Corse, held on the French island of Corsica, Taylor will fly into Adelaide on Monday 20 May with regular co-driver Seb Marshall.

[quote]“I absolutely love Scouts Rally South Australia and am very excited to have the opportunity to compete. I have always wanted to come back and drive in Australia but needed to concentrate all my efforts in Europe.” Taylor said. “However this year, Adrian and the guys at Innate have made the car available and they thought it would be a good idea to do the Scouts Rally to allow the team and I to work together before the Australian round of the World Rally Championship (WRC). There is a gap in our ERC calendar after Corsica so it works out perfectly” she [Taylor] added.[/quote]

Molly’s manager and Director of European rally drivers management company United Business Pier Liberali said “First of all I would thank the Australian friends for the opportunity which they are giving to our driver Molly Taylor. It’s true that Molly is running a lot in Europe and her season 2013 is concentrated on the European Championship, but I hope that it is very important if she runs in Australia too. The car, given to her by the team, is known very well by Molly and I am sure, according to the relations made by Molly Taylor, that the team has prepared the car in the best way possible. With a lot of gratitude to all the people who will permit to Molly to run the Scouts Rally Sa, I’m very happy for this opportunity”.

Taylor is very comfortable in the Ford Fiesta R2, having competed against the best young drivers in the world in the 2011 WRC Academy, all equipped with identical Ford Fiesta R2s. In 2012 she switched to her current mount, a Citroen DS3 R3 and is contesting 8 rounds of the ERC this year with Italian based United Business.

Adrian Coppin from Ford Innate Motorsport said “I am looking forward to having Molly on the team. She has a huge amount of experience in the Ford Fiesta R2 and we are hoping to capitalise on this experience at the Scouts event as we work towards Rally Australia.” Coppin said. “Having two cars running is a great result for Ford.” Coppin added.”

The event director, Ivar Stanelis said “Having Molly compete is a coup for Scouts Rally SA. As Australia’s only full-time international rally driver, Molly is very well respected in the rally community and to have her make a rare Australian appearance in our event will give spectators an extra bonus.”

Speaking about the partnership, Dan Ryan, CEO, Scouts South Australia said, “The aim of the worldwide organisation of Scouting is to encourage the physical, intellectual and social development of young people so that they may take a constructive place as members of their local, national and international communities. Having our Scouts involved in many levels of a national motor sport event will serve that aim very well, and provide many relevant opportunities and experiences. Rallying and Scouting have many similar values.

We have many young women in Scouting in Australia who aspire to be the best they can be in their chosen fields of endeavour. Molly’s achievements in her career so far certainly make her a great role model for our Scouting women… and men. We are very excited to have Molly Taylor, an Australian competing on the world stage, at Scouts Rally South Australia.”

Hino Australia’s Alex Stewart said the sponsorship of Molly Taylor continued the company’s long tradition of support for Australian rallying. “For many years we were a sponsor and equipment supplier to Neal Bates and co-driver Coral Taylor in the Australian Rally Championship. We take great pleasure in continuing that family association by sponsoring Coral’s daughter Molly at Rally South Australia as she builds upon her promising rally career.”

Taylor will re-join the Ford Innate Motorsport later in the year to drive one of the team’s cars in the Australian round of the WRC at Coffs Harbour from 12-15 September alongside regular driver Adrian Coppin in a serious attempt by the team to win the WRC 3 class.