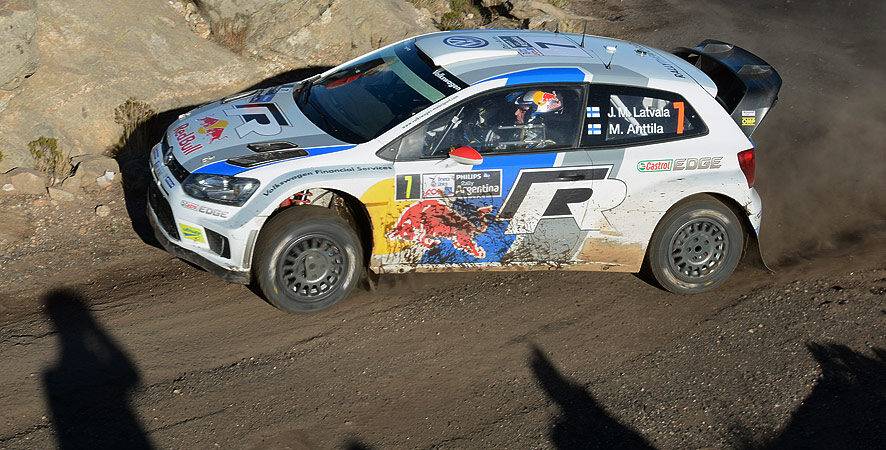 Silly, silly me, thinking that this idea came from someone not really involved with the sport, but rather looking for some cheap thrills and made-up excitement. But nope, it seems that the current biggest money spender in the sport is actually pretty interested in having this new formula applied to the WRC. Idea may not come from Volkswagen directly, but they are behind it. No, I couldn’t believe it either.

I am actually to blame for not finding out about their support earlier. At least before I started ranting about how clueless and lost current promoter and FIA are in their leading of the WRC. Could it be the case that FIA and promoters are only looking for ways to cater to the team, set to take both WRC titles this year?

Only today I stumbled upon the comments made by Volkswagen Motorsport’s principal Jost Capito, with regards to the proposed new power stage format. And it made my blood turn cold. Because, unlike promoters, who might lack direct WRC and rally connections, these guys are supposed to know a thing or two about the sport, it’s values, tradition and appeal.

What Jost Capito said was basically: “Drivers should accept this format, or go home, and be losers. We will always be able to find younger drivers, who will be happy to race this way, become famous and earn tons of cash. And you, Mr. Marcus Gronholm, can go and fuck yourself, nobody will remember you in few years time. Oh, and you also won’t earn any money. Because, fuck sport, to hell with tradition, there is MONEY!”

To see what VW’s boss actually said, click here and observe. It’s even more horrible to even think that a team could be behind this stupid initiative, but there you go.

Is this really the way Volkswagen wants to earn their victories and titles? I cannot see why, they seem to have very capable set of drivers and cars out there. They do want to see their investment return through better exposure of the sport, that I do understand, but is this the way? Sport potentially *could* use some more appeal, even do a tune-up or two to make it more in line with how modern world of “stoked over anything” works, but in moderation, for pity’s sake! This idea is bad, and Volkswagen should reject it instantly, asking for another reconsideration and more time devoted to finding a proper format of selling and showing WRC on TV.

Perhaps, Citroën is on their way out of the series, and Volkswagen, if it stays, does not see any real competition coming up anytime soon. So, why not turn the sport into a show, bring in some TV exposure and have some, wait for it, ROI, before departing, titles and wins in hand.

And this question looms permanently over all this – what kind of guarantees new promoters have, that this new power stage thing would be a hit with TV houses and viewers? If they’re so certain, then they are possibly missing few key points, and even more possibly looking at wrong audience to sell WRC to.