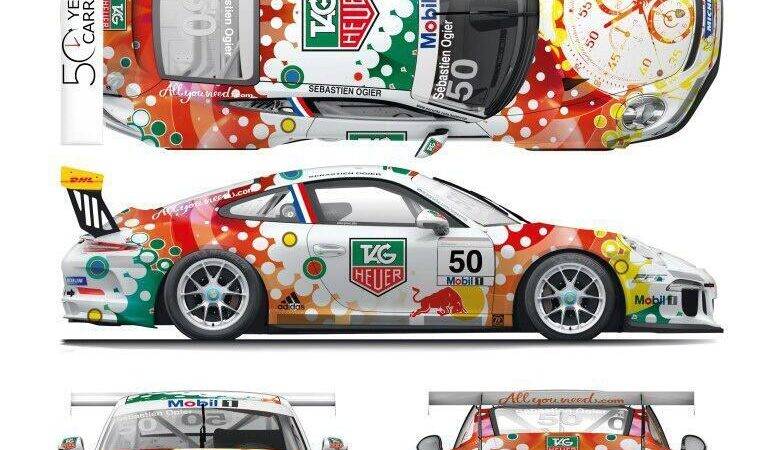 Sebastien Ogier can still be annoyed with questions about Sebastien Loeb, that much we know. At the moment, Loeb is leading the “duel” with 2 wins to 1, with one rally remaining, Rallye de France. We like to think they’re really taking this fight seriously, and chances are, they do to some extent, but there are more important things on their minds. Loeb is collecting points for Citroën, presumably, while Ogier is, well, going for his first title, with little to no opposition from the others. And of course, he does not care about Loeb at all.

When he’s not rallying, Loeb is preparing for Pikes Peak hillclimb, racing McLaren GT3 in FIA GT Series and is making a two race appearance in Porsche Supercup. First one took place last week in Barcelona, with next one scheduled for later this month (26th) in Monaco.

But this time, Loeb will not feel lonely among the hardcore circuit racing bunch. No, because he will be joined by none other than Ogier himself, driving a TAG Heuer sponsored Carrera.

Of course, Ogier did not decide to race at Porsche Supercup (just) because of Loeb, I do suppose being part of Volkswagen machinery had something to do with it as well, but whatever the reason, it’s good news and hopefully even better fun!

So far, Ogier did not exactly gather much experience in circuit racing – he competed in one FFSA GT race in France, driving a Ferrari 458, and tested Volkswagen Scirocco R Cup car.

Once again, too bad older Seb decided to, well, retire from WRC, but at least we got to enjoy these few direct duels. And now on race track as well!