Latvala v2.0 firmly in control, happy with his own performance 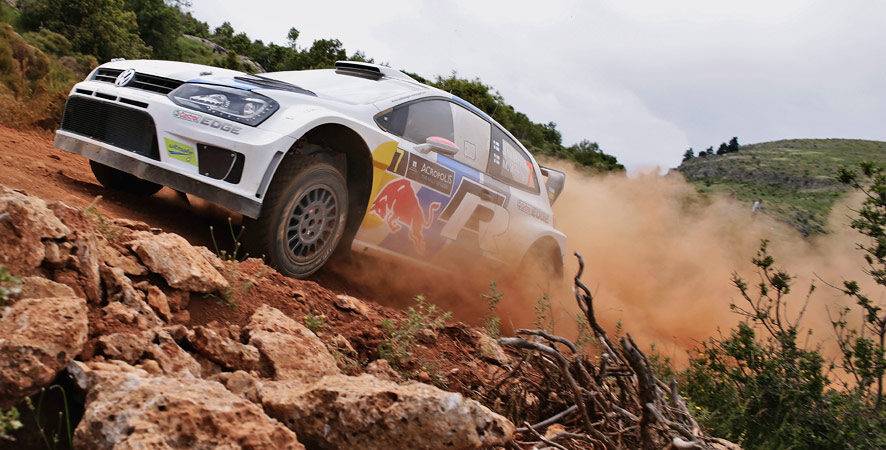 Such a long, grueling but also exciting day this was. Evgeny Novikov hit trouble on two consecutive stages and is, at the moment, ages behind the leading crews. Despite that, he is pushing, learning and doing what he can given the circumstances. The pace he displayed before the problems really boosted his confidence, no doubt, and if Qatar M-Sport WRT drivers manage to get a clean run in remaining WRC events this year, Novikov might give Mads Ostberg a good run for his money.

The rally of survival and endurance picked few more casualties today – luckily, no major problems except plenty of tyres either punctured or taken off the rims.

Jari-Matti Latvala leads with 1 minute and 4 seconds gap to Dani Sordo. Finnish driver is in different mood today. Sure, he had his moments of doubt even today, complained of tiny little things not being 100% perfectly set up, but again, it’s Jari-Matti, so nobody was surprised. Later on, he even declared himself happy and satisfied with his performance – which alone is a cause for a celebration.

Citroën’s Sordo had a very solid day today – he tried pushing, but then relaxed the pace a bit, as the conditions became too risky and the gap rose to the current level. As large as it is at the moment, it’s still not enough for Latvala to relax completely – plenty, and I mean plenty of work to do tomorrow.

Good job today by Thierry Neuville as well – Qatar’s driver managed to hold on to third, and drove a well controlled rally, avoiding dramas and problems. That was not the case with Andreas Mikkelsen – Norwegian ace was trying to close the gape to Nasser Al-Attiyah to take the fourth spot overall, but the late puncture on final stage of the day denied him the chance, and pushed him back a bit. However, 25 seconds is still worth of an attack tomorrow – but will he risk it, or take the safe points for himself and the team, time will tell.