Sebastien Ogier shines in Sardinia, but what else is new really 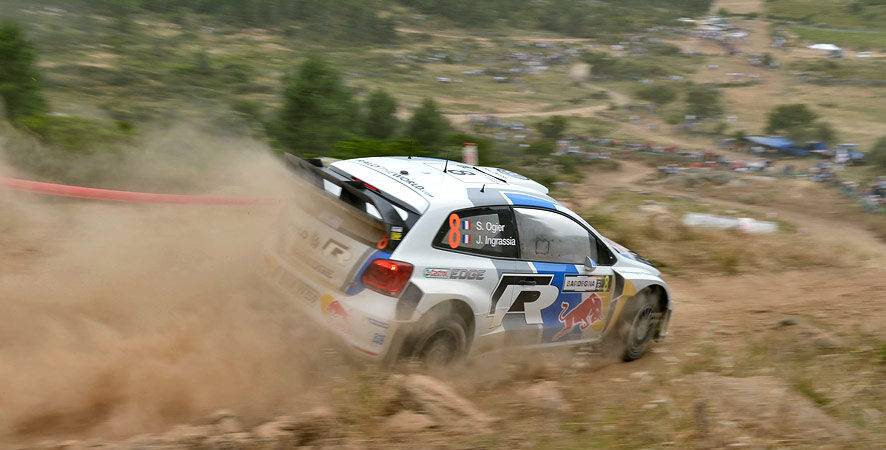 For Sebastien Ogier things are just going in the right direction – unless car fails him, or Sebastien Loeb is around, Ogier will just disappear in the distance very early in the event, and then just control the pace, look after the tyres and stay out of trouble. In Sardinia, it all worked for him again. His pace was commanding and he immediately set out to build the gap, forcing some of his rivals into costly mistakes very early on. By the end of the day 1 both Evgeny Novikov and Mads Ostberg were out of contention. Today, however, it was Mikko Hirvonen’s turn to do a silly-but-costly mistake and throw a podium finish away. I have no doubt Citroën will have a nice little job on their hands this summer, not only in building the car that will be able to match the Volkswagen’s machine, but also in motivating it’s drivers to look for more speed and more consistency. From now on, Citroën really cannot afford to lose any point. Not if Jari-Matti Latvala is serious about v2.0 of his own internal software.

Latvala was on the mission in Sardinia. Bruised but not battered by the puncture on the first day, he produced one of his best performances and climbed back up the order to take the bottom step of the podium. Excellent drive, consistent, fast and controlled – that’s Jari-Matti we knew and that’s Jari-Matti we want to see more of. Motivation is high, as he said at the end of the rally, and he is extremely happy to end the first half of the season on a high note, especially with Rally Finland being next in the calendar.

Thierry Neuville was also on fire in Sardinia. Encouraged by the podium finish in Greece, young Belgian was cool and collected, made no major mistakes in Italy and goes home with another set of points after finishing second to Sebastien Ogier. Neuville’s name was often mentioned as the next big thing to hit WRC, but until now he was more chance-on-hit kind of thing. These two podiums, however, tell a different story!

Big, if not the biggest kudos for the Rally d’Italia Sardegna 2013 performance goes to Elfyn Evans. Young Welsh driver was doing his best on the stages, trying to impress, but not going over the limit. His controlled approach allowed some mistakes to creep in, but Elfyn handled them with great skill, and ended up sixth overall. Furthermore, he was actually fighting with drivers who are, in all honesty, at least a bit more experienced than him, especially when it comes to WRC cars. OK, perhaps Michal Kosciuszko also had a debut in new car, but Evans showed great potential and I really hope there is a programme that will see this young driver make it to full time WRC.