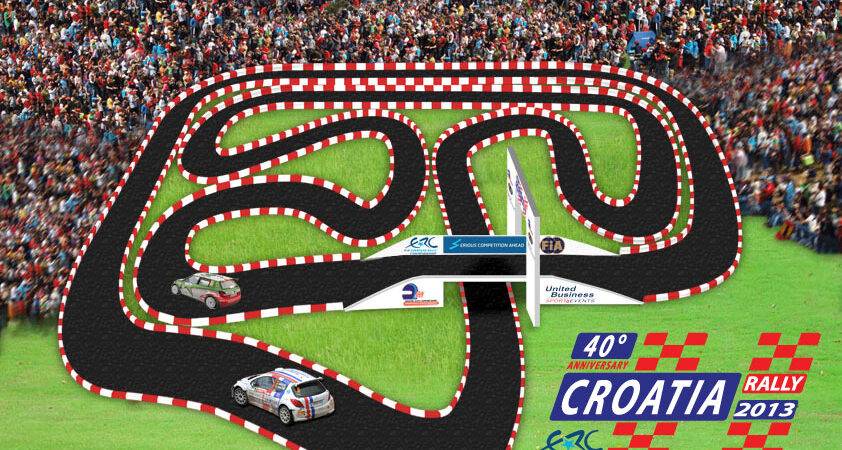 Every good president, secretary or similar high official will not be successful unless he promises big things to us, the ordinary folk. We’re so used to this from the “normal” politicians and other people employed to rule us, so it’s only normal we get same things in sport. That being said, I’m sure the following announcement is 100% genuine and that Croatia Rally organizers and officials will deliver on their promises, but you just never know.

What the announcement really wanted to say is that the 2013 Croatia Rally will start off with a super special, which will then also serve as the final stage of the event. It will be situated in Poreč, rally’s new home town and presumably feature all tarmac surface. Interestingly, similar configuration and apparently location was already used in Poreč for major international motorsport event Rally All Stars, featuring Juha Kankkunen, Armin Schwarz and Kevin Abbring, to name but a few stars. Sadly, this event died in it’s infancy due to the traditional croatian lack of understanding from the local government and authorities. Yes, I’m trying hard to be polite.

So, when FIA European Rally Championship competitors and teams visit Croatia at the end of September, this is what the track will look like (shown here in a cartoon-ish layout). I’m not sure what can be done to the track to make it stay in the minds of the millions of TV viewers, but that’s why I’m not the president of the motorsport federation, and the gentleman who promised it, is. Perhaps we’re in for a show like no other, we’ll see!

Official announcement follows below, with video from the great but late Rally All Stars show of 2010. Oh, and before I forget, Croatia Rally organizers, CCKF (national motorsport federation) is being sued by the former organizers of the event, over the methods and means used to transfer the organization in the year of the Eurosport coverage. First court meeting is scheduled for early July. Courts, we love ’em ’round here!

Three months before the start of the Croatia Rally 2013, the organizers announced details of the exciting Poreč Super Special Stage.

With the presentation of the Poreč SSS the organizers have completed the information about the itinerary of Croatia Rally 2013, which is the major annual Croatian international automobile event that will be held from 26th-28th September 2013 and will be scored for European Rally Championship (ERC).

Poreč SSS which is 1.7 kilometers long, will play a major part in generating excitement, in fact the rally fans will have an opportunity to enjoy watching 2 competitors competing in parallel at the same time. This duel will be run twice: as an opening stage of the Croatia Rally 2013 (Porec SSS 1), on Thursday 26th September at 18:17 and the same will be run as last and maybe decisive stage, (SSS 14), closing the Croatia Rally 2013 on Saturday 28th September at 16.30 .

Speaking about the Poreč SSS, the President of Croatian Car & Karting Federation Matko Bolanča, said: “In order to celebrate the 40th anniversary of Croatia Rally, whole team is committed to organization of this innovative event that will stay in the minds of millions of spectators on Eurosport and other TV programs. Poreč SSS will ensure this! ”

Poreč SSS will be held in the center of Poreč, 50 meters far from Service Park and 200 meters far from the podium and will be an extremely exciting and spectacular duel for which the organisers expect to attract thousands of fans.