Sunny and dusty Italian round of the World Rally Championship is behind us, and with a few days delay, World Rally Blog brings you it’s picks from the photo galleries of the three “official” WRC teams. According to some sources, it was very dusty in Sardinia, very, but that did not discourage our friends, the photographers. Because nothing really can discourage them, they’re like speeding cameras – you position them by the side of the road, and they happily snap away, no matter if it’s boiling hot or freezing cold. And what’s a little dust but a nice dressing for the photo equipment!

We know how the rally developed and how it ended up, who was laughing and who was crying, so let’s see what the photographers saw around the stages. Here are my picks, in no particular order except the fact that I find this Volkswagen image to be simply great.

As always, click on the images to see them in higher format – that’s the only way to appreciate photos! 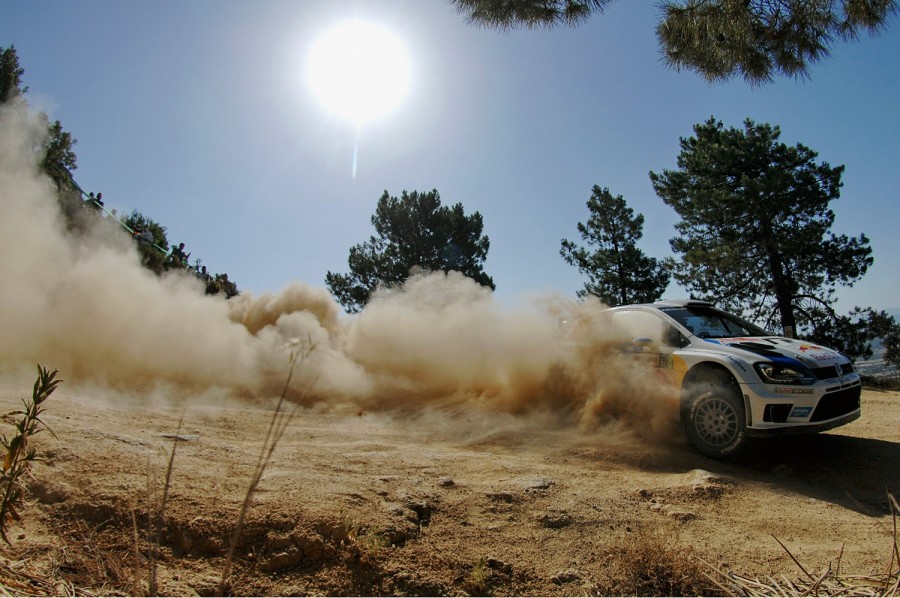 That being said, Sebastien Ogier and Julien Ingrassia shone in Sardinia, much like the sun did for this photo. It’s a great capture, but as always, it was really difficult to pick the best one from Volkswagen’s database. Many, many stunning images featuring all three cars and crews, but ultimately I decided to go with this one. Speed, dust, driving skill, terrain, spectators and our beautiful star (no, not you Sebastien, the really really bright one, up there in the sky) make up for a very busy, but very dynamic image. This was also a nice little challenge for the photographer, as it required quite a bit of fiddling with the exposure and the aperture, to let just the right amount of light hit the sensor. I imagine there was a bit of post processing to do, but nothing obnoxious. I don’t have time right now, but I’m quite sure this would look great with even more processing, you know, slap a yellow/orange filter on it and tone the brightness & contrast for a nice, “safari” feel. But that would be major cheating! 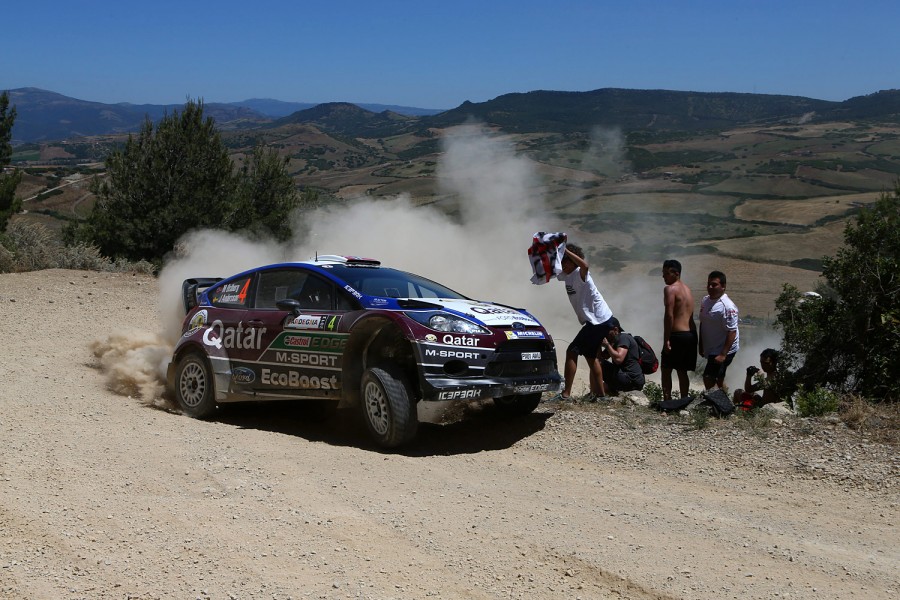 Photographs showing rally cars at work are great, but I really mean work, not just casually slide around the corner. You want to see brake discs glowing, fire spitting out the exhaust, or in this case, suspension being stretched to it’s limits of trying to keep all wheels on the ground, for as much grip as possible. Grip was the king in Sardinia, and Mads Solberg really had a busy event, going from hero to zero to hero again, showing and proving that speed is not the most difficult part to achieve – it’s staying on the road while being fast that counts. I am certain Mads does have it in him, but learning is very expensive and very public when you’re a WRC driver. This photo would be even better with more crowds around the corner, but even as it is, it’s a nice document of a modern day generation of rally cars being used and abused. As a complement to this photo, there is a title picture of this article, showing another dynamic Qatar M-Sport frame, this time showing the always-exciting high flying rally monster, hopping over the Mickey jump. 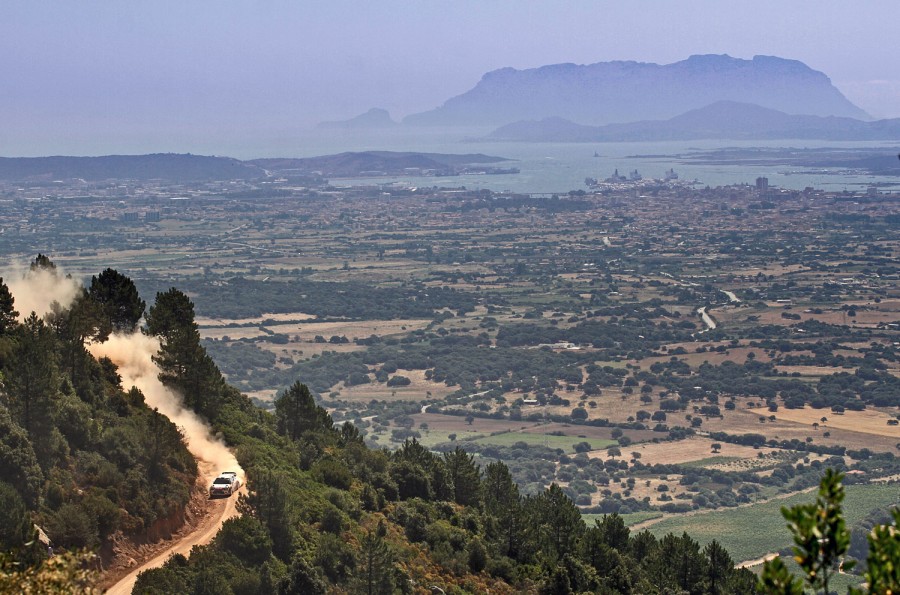 
Two, or better make it three photos from the Citroën Racing’s collection made it to the very top of my list. Picking one was really hard, and I’m still not sure I’m happy about the choice I made. One of the images you can see in article discussing the dust issues crews faced in Sardinia, and the other one shows Robert Kubica’s flying Citroën DS3 RRC being chased by the helicopter. In the end, I leaned towards the image you see here. I wanted to take a step back from the usual in-your-face closeups, showing every sponsor name in well defined detail. I felt this image is the perfect example of just what rallying is all about. Everywhere around the stages, life goes on, unmoved and untouched by this sporting spectacle. Calm valley opens up to the port and the sea, with thousands of people going about their jobs and daily routine, but up here, in the hills, the everlasting battle between the rally crew and the elements rages on. Up here, everything is calm and serene, until the rally car races by, driven by top technology, sheer determination and almost extraterrestrial skill. Rally crews don’t have time to think about the deeper meaning of it all, but luckily for us, photographers do. In my honest opinion, one of the best photos captured in 2013 Rally d’Italia.