It’s one thing to snap a good one at gravel events – cars ride on higher suspension and cornering looks more dramatic, while everything is decorated with always impressive dirt and dust and rocks, flying away from the spinning wheels. Different story with tarmac, very different. You cannot rely on dramatic effects of dirt and loose surface, cars ride low and to capture any body roll or a suspension movement you really must have experience and know the car well. Almost like a driver would know the car. I always admired impressive photos snapped in tarmac rallies. On gravel, cars look above all capable and durable to me, but on tarmac, they look powerful and mean. I guess the low ride height is to blame, making them look like they’re glued to the road, but there is more. Acceleration and braking are more severe, cornering speeds are higher and the relationship between speed and grip is so obvious – if you see any body roll in tarmac spec car, it usually means the speed is very high or the corner is extremely tight. Capture this and you’re my next favourite motor sport photographer.

I still very much prefer one type of images over another, but if the photo looks good, interesting or exciting to me, I’m happy. For example, I do appreciate and very much enjoy the atmosphere-type images, where car makes only one tiny bit of the frame, leaving the rest to the scenery or the spectators. Those images are actually stories, showing not only cars and their decals but also the elements, the surroundings, the weather or the road conditions. Doesn’t always work for me though. Sometimes, all you want to see is a good, old-school, in-your-face close up of a car just turning in for the corner, as the body leans on the outer front wheel under braking and turning. There were tons of such images taken over the years in Monte Carlo and Corsica, fantastic tarmac images I always admired.

Hopefully, there is no need to comment and explain the top image, it’s an emotional overload. If you only try to imagine the thoughts and feelings in this image, you could end up with a tear or two rolling down your cheek. It was a well deserved victory for Dani Sordo, made even bigger by the fact that he fought for it fair and hard.

Below are some of the best images from 2013 Rally Deutschland, in no particular order. DO CLICK THEM TO SEE LARGER VERSIONS, NEVER BE SATISFIED WITH THE SMALL THINGS, EVER! 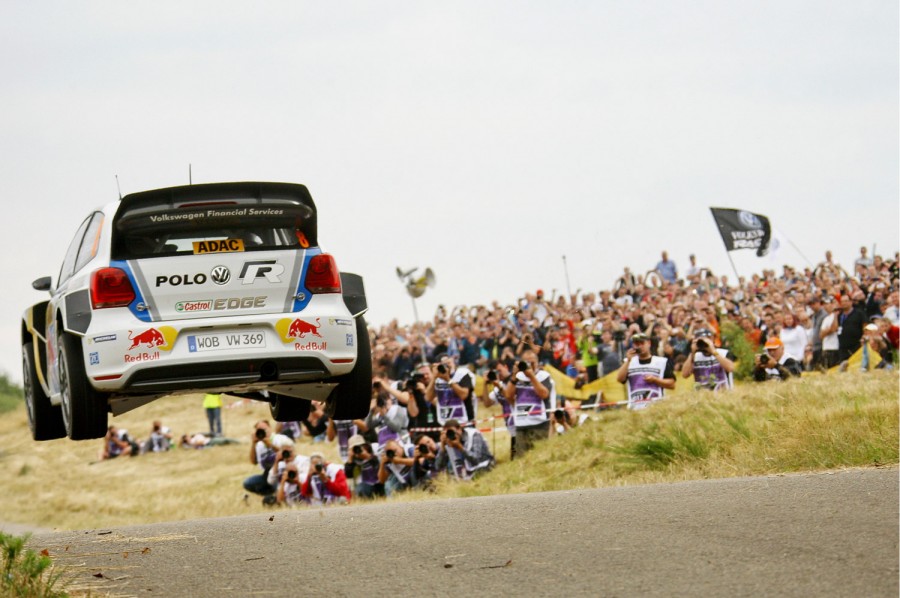 Not everything went according to plan for the leading crew of this year’s WRC, but they did their part for the photographers, that’s for sure. This image, for me, is one of the instant classics, no further comment needed. It was a very close battle with one similarly impressive image made on Gita jump, but somehow this one prevailed. 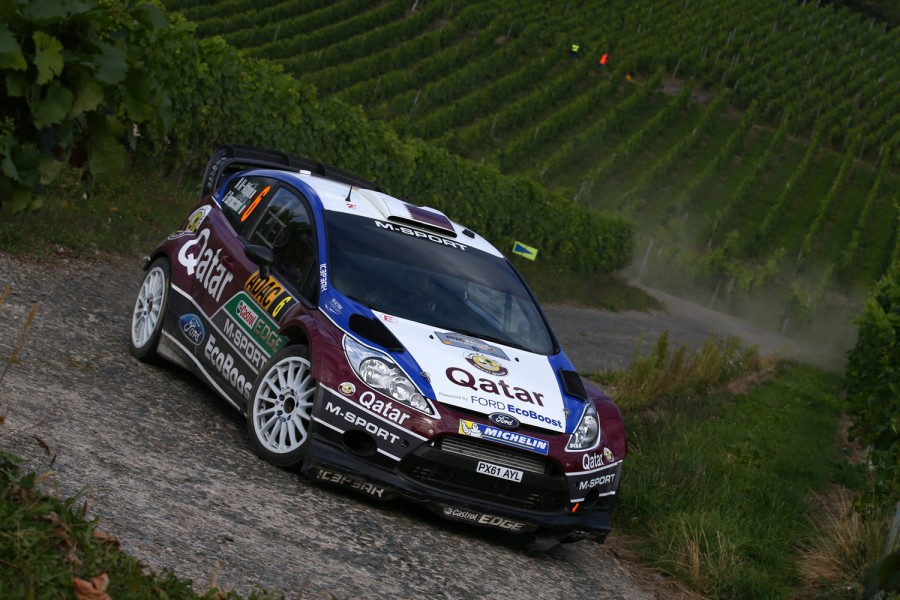 The essence of Rally Germany, right there. Narrow and twisty roads turn into a maze set in the ocean of green vines. You can nicely see the kind or surface drivers encountered on some of the stages. To say this event is tarmac event is not nearly informative enough. Compare this to the tarmac of some of the stages in Spain and you’ll see why not every tarmac event is just smooth road and maximum grip. 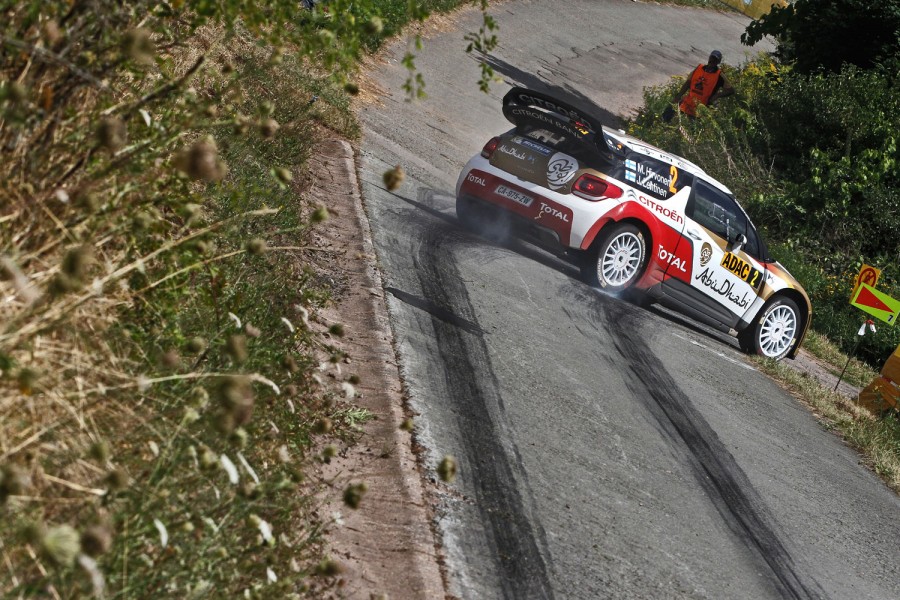 Narrow roads and short and sharp turns = handbrake!!! What may look like a daunting task to you (if you’re new to this wonderful driving technique) is just a quick dab on the lever for WRC drivers, helped with some steering action and a bit of a throttle encouragement. Yet, to execute a perfect hairpin turn on a very narrow road, you must know your car very well, and you must be a bit of a tyres whisperer. Over- or under-do it and you’re in trouble, usually solved by few-points turn and a lot of swearing. The black marks, made by the dying rubber, look like those helping “racing lines” options in modern racing video games. Very nice shot.