Rally can be cruel sometimes, Sebastian Barbu can tell you

For Sebastian Barbu and Horatiu Baltador the 10th round of the European Rally Championship did not end in laughs but in disappointment. It all went wrong on special stage 11, second run over Butoniga. After previous stage Sebastian and Horatiu were 14th overall and 4th in the 2WD category. Things were looking fairly good for them. 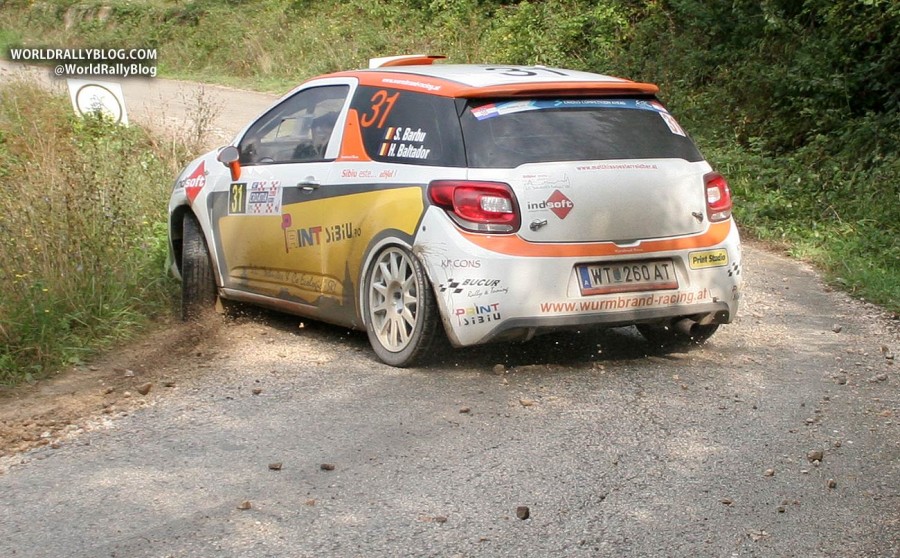 There was a brief but significant shower on the stages prior to second loop of the day. When you combine traditionally extremely slippery Istrian tarmac with rain you end up with a very challenging driving conditions. Corner cutting adds dirt and stones on the road and you need to be extra careful in how you aproach each turn. Unless of course your name is Jan Kopecky because then you just kick the rear end of the car out and slide through the dangerous stuff like a boss (Jan was the only other driver to slide through this corner but with pure intention and full control). 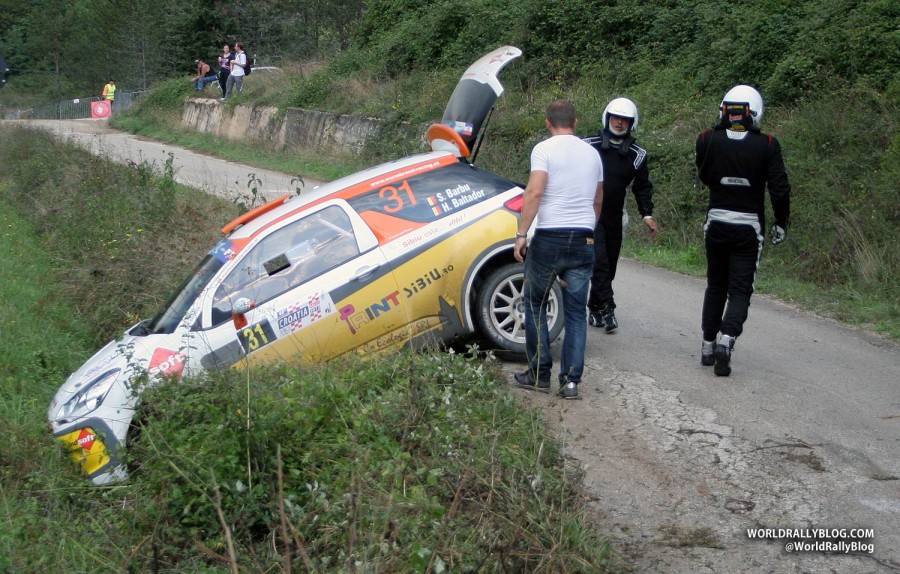 Sebastian approached the corner then just touched the handbrake (his words, even though I’m not sure if he said he used the handbrake or if the handbrake would have helped), the rear end stepped out but it was not what he planned as the car kept sliding despite the locked brakes. The slide wasn’t particularly fast either, just the surface was so slippery that the car kept the momentum until the front wheels bit into grass. Any resemblance of traction was gone and car just slid into a ditch. Spectators rushed to the scene and attempted recovery, but that Citroën wasn’t going to budge. It was all over for Seb and Horatiu. 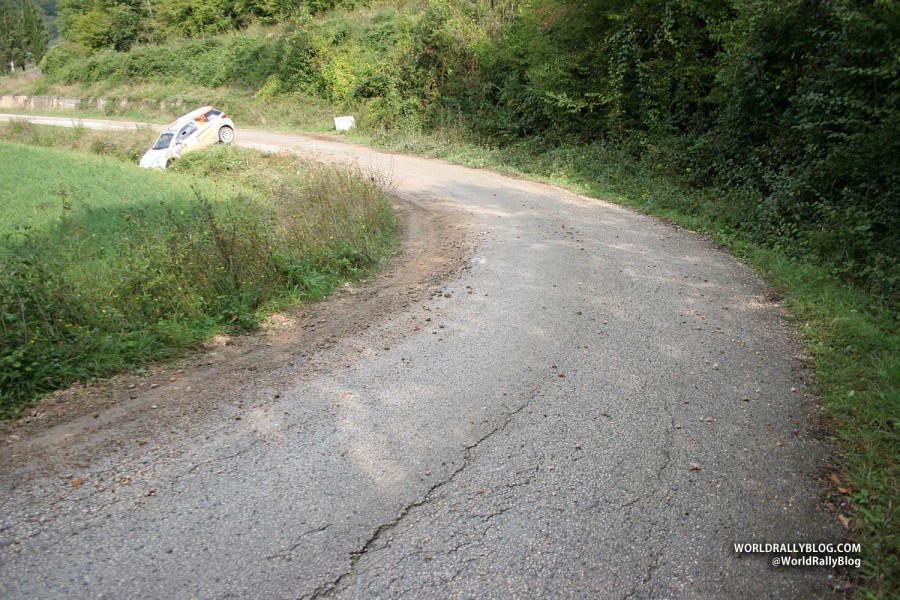 The crew was radiating disappointment and anger and Sebastian was very vocal in expressing his disbelief. Forests echoed his curses and consequently I learned that Croatian and Romanian languages share a common word, often used in situations like this. It’s a P word, I’ll not go into too much details here, but if it what I think it is, then I fully understand the level of WTF Seb must have felt.

Retirements are always a bitch, even more so if the finish line is just few meters away and you have only yourself to blame. It bloody hurts.

This little “video” is the best I could do from the photos I took – the actual slide down into a ditch is not in it because I stopped shooting and started running to try and help.