Coming back to life in Croatia Rally

Rainy morning, temperature lingered around 14 degrees. Clear sign that summer was all but gone, brief as it always is, to me at least. Diesel engine of my car rumbled as it idled in the yard while I ran through mental check list to see if I forgot anything (it will later turn out I did, of course!!!!). It would be great to stay in bed or in front of a TV for a movie or two, but I finally had other plans and they were about to come true no matter what. 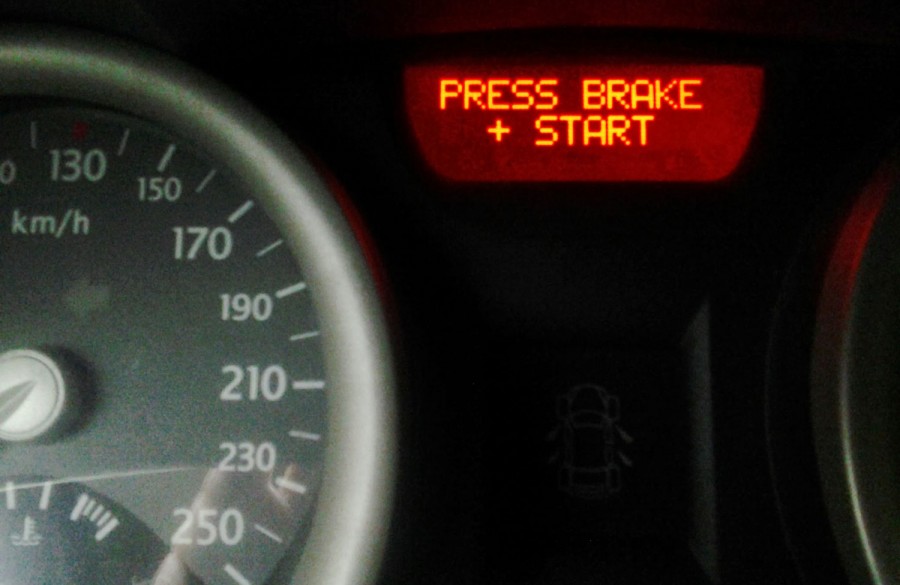 There were 200-ish kilometers to cover from my HQ to Istria. I made it into a big deal and for me it was a big deal. After years of “I should go see this rally” and “Okay, this one I am definitely going to see” I had enough – the opportunity was there and I decided to take a break from everything else and travel to Istra for 2013 Croatia Rally. But why do I make such a big deal out of a 200 kilometer drive to reach the rally stages, it’s not like I hitchhiked my way across the globe to see WRC in Argentina, for example. Well, it is and it isn’t. From financial to work perspective I often had to cancel plans, reject huge opportunities and delay the inevitable return to rally action. I admit, there were also cases when laziness got me, and I just could not be bothered because I dropped out of the groove. But this time, it all came back to me – the charging of batteries, browsing maps, adjusting time schedules, cleaning of photo lenses and formatting of memory cards, some food and liquids, bits and pieces of clothes for the tricky weather, it all clicked once again. And it was great. 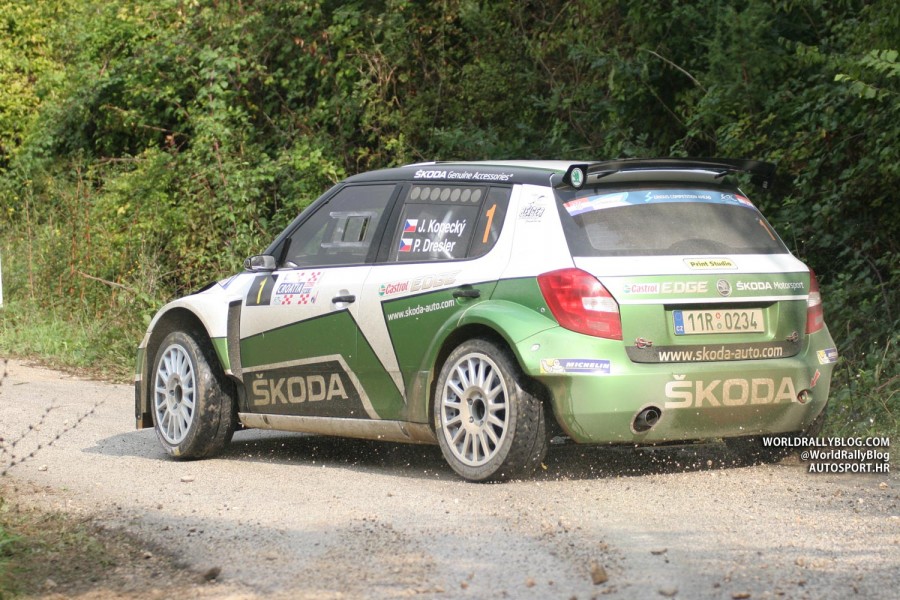 Couple of years ago I used to roam the rally stages, hill climb tracks and circuits on regular basis – it was first and foremost my passion but also my job. It all started in those ancient times, 1993 and 1994 when I first had a chance of seeing the start of a rally stage. Instantly hooked. Took on marshaling on the very next event and that was it – more marshaling, education, traveling got me more and more involved and enchanted by anything and everything rally. I never was much of a driver, to say the least, but I was lucky enough to get a chance to co-drive to two Croatian drivers, it really was a unique experience of being able to sit in the car and actually compete. To go through highs and lows was the part of the story and even my co-driving career was brief, I fully enjoyed it and appreciate the confidence of both drivers. If for nothing else then for the ability to endure the recce sessions with me – I might have mentioned it few hundred times already, but I am VERY susceptible to nausea so you can imagine how recce looked for me. Somewhere around mid 2000s rallying and motorsport became my job as I worked (and still do on a more voluntary basis) for a automotive magazine. Then, few years ago, just when the infamous financial crisis struck and our magazine went into inevitable slow-down period, we stopped traveling to races and rallies. It was time to look for ways to make ends meet instead of pursuing the passion, but the love and dedication remained. Part of what started this very blog. 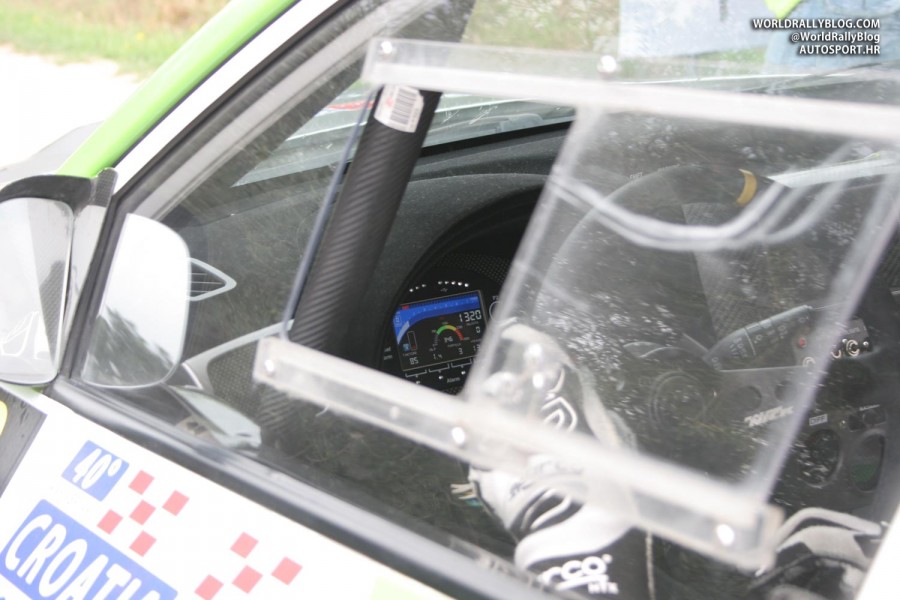 When the first car arrived to the stop control at the 10th special stage of Croatia Rally, and when Julian Porter of Rally Radio and WRC Live rushed in to talk to Robert Consani, I suddenly remembered everything, it was a moment of coming back to life. The wonderful engine noise, hot tires and brakes, faces of drivers and co-drivers still riding the adrenaline wave, the smell of brake dust and exhaust… like pieces of a puzzle everything just merged into this epic sensation of seeing, hearing and sensing rally and what’s it all about. I thought I knew the feeling well even though the last rally I saw live was years ago. But I was wrong, I almost forgot all about it. Only when the noise and the scent hit me I was able to recall. 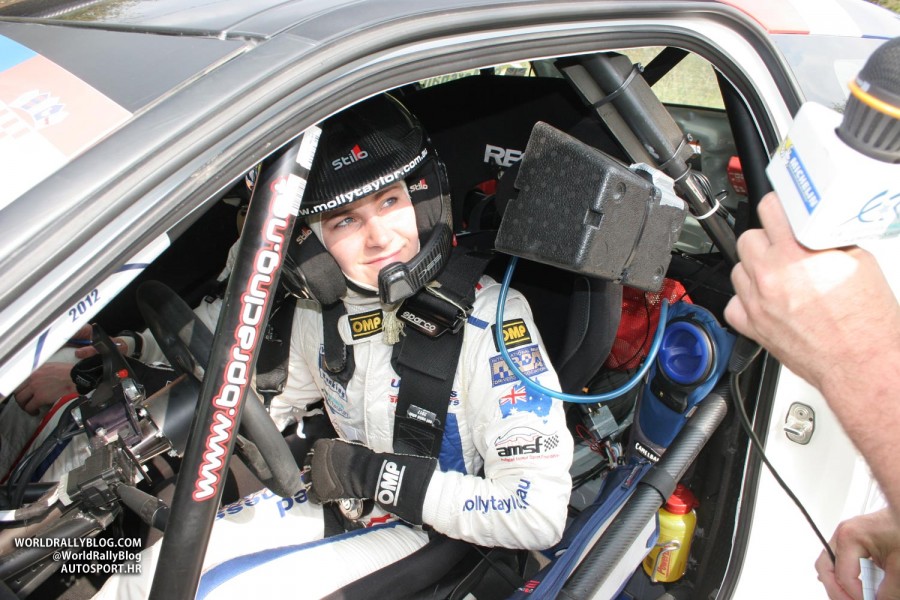 The stars and champions went by, Jan Kopecky, Molly Taylor, Hermann Gassner, Andreas Aigner… Julian’s voice made it sound like I was in some strange reality where I listen to rally radio while seeing the cars and crews first hand. It was a pretty surreal experience. Then came the race to another stage, not at all helped by the mistakes in the preparation (forgot some key maps and my phone was iffy) and the apparent complete lack of sense of distance as demonstrated by policemen on the stages. So a mere 1 kilometer journey to another stage was said to be “5 or 6 kilometers down the main road”. Similar to how another policeman said it’s 50 meters from his spot to the stop control on SS 10. Well, Sir, 50 meters was actually at least 300 meters up the hill. But I digress.

The only other thing I was able to catch in time was the final corner of SS 11. I did not see nor photographed as much as I planned and wanted, but that wasn’t the point. The point was to get back to stages, to stop being a couch potato and a loudmouth with his ass firmly sealed in the chair in front of a computer. I had a moment of doubt as I stood at that final corner of SS 11 – I thought this corner was not particularly interesting and just as I allowed myself to feel a bit of disappointment in came Sebastian Barbu sliding off the track into a ditch. Game over for him. I quickly forgot all about the turn being boring, the emotions came back and I broke a smile, but had to be careful as Sebastian and Horatiu could misunderstand it. 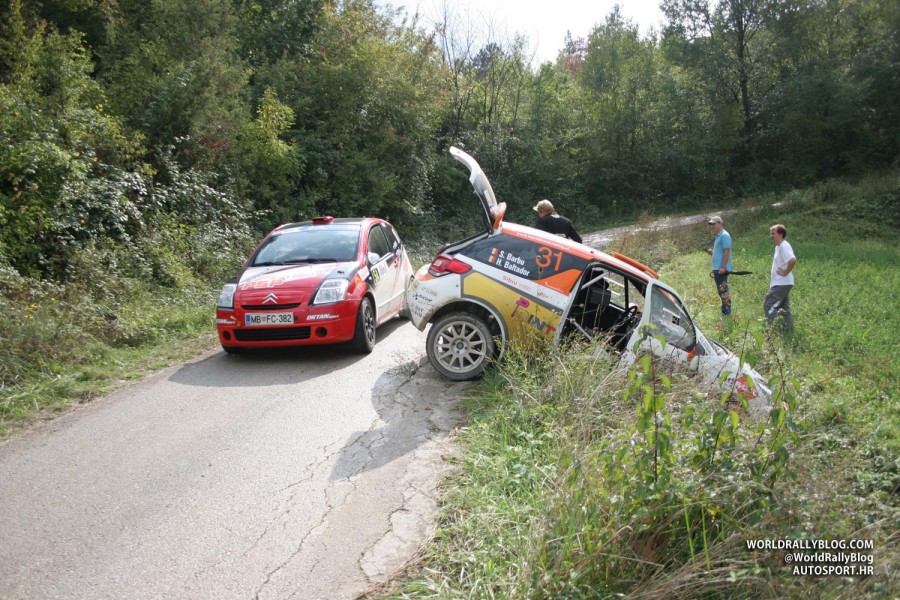 The weather on the way to Istria was shitty, even the traditional exit of the tunnel which connects continental and coastal Croatia wasn’t met with usual sunshine and wonderful view of the Adriatic Sea – instead, heavy clouds and more rain greeted me. But Istria was as magical as ever, sun made fun out of my long sleeves and pants as I panted after the climb to that stop control, but it was all worth it 10000 times over. The journey back was through silent and sleepy villages and towns of mountainous Gorski Kotar on the regular road instead of highway. I decided to sacrifice time to pleasure and enjoyed a nice ride around the twisty road, recalling many similar journeys to races and rallies.

I do like to think this is the comeback and that I will be able to see more rallies in the future. The truth is I don’t know, it depends on too many things. Some fantastic chances I already declined ($%#”%”!!!!!) but the faith is here and hopefully passion will prevail. Because that the only proper way to do stuff, right?