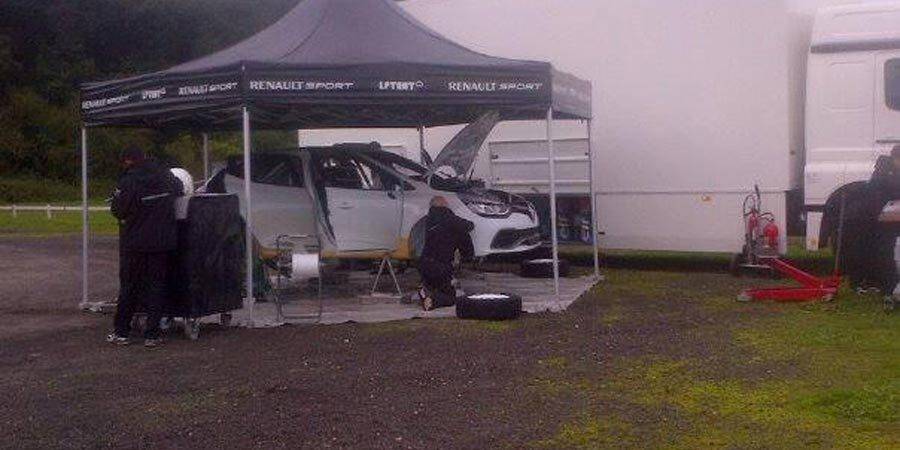 Can it be? Can it really be? Is Renault really working on a rally version of the new Clio, and working at a factory capacity? According to this tweet by Benoît Dupont, Sporting manager at Renault Sport Technologies, company is indeed working on some kind of racing, or rather rallying version of Clio. But what is it?

There are several options. Gravelly surroundings tell us that this probably isn’t a circuit car because why would they be working on it in the middle of some forest. That leaves us with rally and rallycross. The latter recently got a nice little boost when European Rallycross Championship became World Rallycross Championship. As such, of course it will attract interest from manufacturers. Would it be nice to have a factory teams enter new WRXC (or whatever the shorthand they decide to use)? Sure. But I’d rather see Renault join the World Rally Championship or rallying in general.

Renault is no stranger to rallying and is currently competing in the European Rally Championship, but this new car, does it mean things are about to change. Can this be the R3 version of new Clio? Or even R5, which would make the most sense and would put Renault in same camp with Peugeot, Citroën, Ford, Opel (if they stay true to their promise of R5 Corsa) and possibly also Škoda and Honda. Maybe Renault is ready to throw caution to the wind and actually decide to join, wait for it, World Rally Championship!

What? We heard wilder stories in the past. Whatever they decide to do with their stylish new Clio, I hope it will be rally related. It’s about time Renault returns to special stages in proper fashion.

EDIT: So, it’s not an R5 car. See the second tweet below for more info. It’s a WRC3 machine.

What is this new car our engineer are working on… Any guess ? #RenaultSport pic.twitter.com/souUKUhqVG

Not an R5 unfortunately. Let's say it will be able to compete in WRC3 and everywhere in Europe second half of next year.