One of those events that will never ever be forgotten. One champion left the show, new champion earned his crown and there were people everywhere, witnessing the history in the making. Service park was full of people, stages were full of spectators braving rain, wind, fog only to see their heroes and to wave a definitive goodbye to nine time champs, Sebastien Loeb and Daniel Elena. Emotions too many to list here, crowned with that spectacular podium ceremony in front of huge audience. And, to wrap it up, we were able to see most of it as it happened thanks to wonderful live TV thing. This, my dear FIA and WRC promoters, is what rally is all about.

But on to the photos. Selection of the top three picks follows below. Again I browsed the media archives on Volkswagen, Qatar M-Sport and Citroën’s websites. The following three images are, more or less, the best, the most interesting or the most entertaining. There were many to choose from, and I’m especially looking at you Citroën. They have approximately jibazillion images available in black&white, colour-filtered, HDR-filtered or untouched versions.

To capture motion, speed and the level of anger involved in driving a rally car is never easy on tarmac rallies. Classic gravel angles do not work because cars move very little and there is, for most part, no spectacular dust or dirt. Even jumps usually look sterile! So what do you do? Creativity is the key. Capture the emotion, emphasize the specifics of tarmac events, show the spectators and the surroundings. WRC photographers know the drill, heck, Volkswagen’s snappers were able to capture the washing of one of the Polo R WRC cars and present it via few very cool low-key images.

So, enjoy. And do CLICK ON IMAGES FOR LARGER FORMATS, don’t be satisfied with anything less.

Thousands upon thousands of spectators came to the stages of this year’s Rallye de France to pay tribute to the one and only, the best crew that ever rallied. Oddly cropped image focuses on this relation and nothing else, because in essence, this is what rallying is all about. The interaction between car manufacturers and consumers, between sport heroes and admirers, between machines and elements. There were other very good images in Citroën’s collection, but somehow I picked this one. 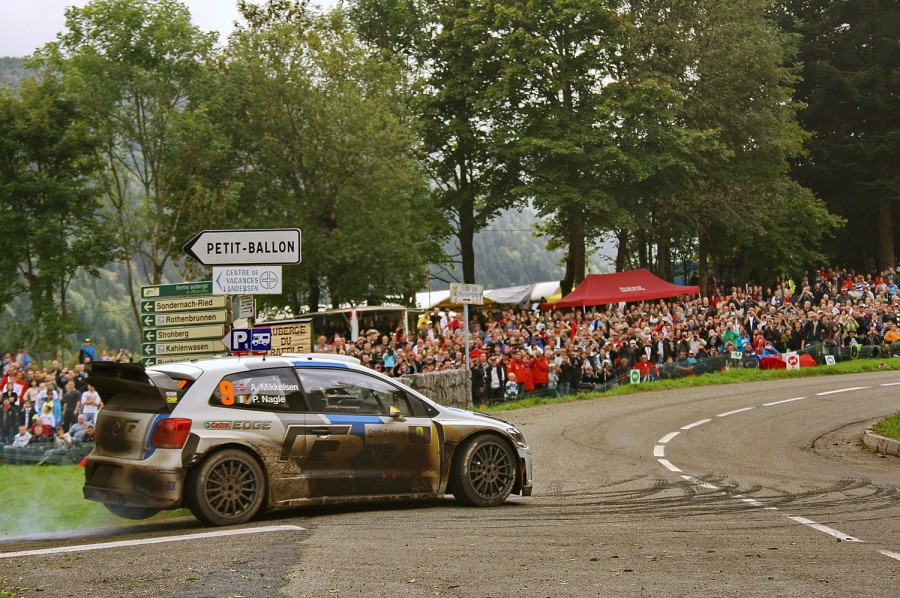 Once again Volkswagen destroyed the competition by posting over 500 images, many of which were taken during title winning celebrations. But it’s not about quantity, it never was. They’re not just unloading memory cards, because if they are I’m even more impressed. Instead, images are carefully picked and selected. Not all of them are “wow” worthy, of course, but this is official media archive and not photographer’s portfolio collection. The above image was my favourite because of dirty, abused car and the countless spectators. To see rally cars surrounded by so many people brings back scenes from group B era and it’s nice to see our sport is still very popular and loved. Even if spectators are no longer allowed to form those “human tunnels” at the side of the road, group B style. This event debunked the notion that rally is no longer as popular or attractive, Rallye de France was the prime bloody example of the opposite. 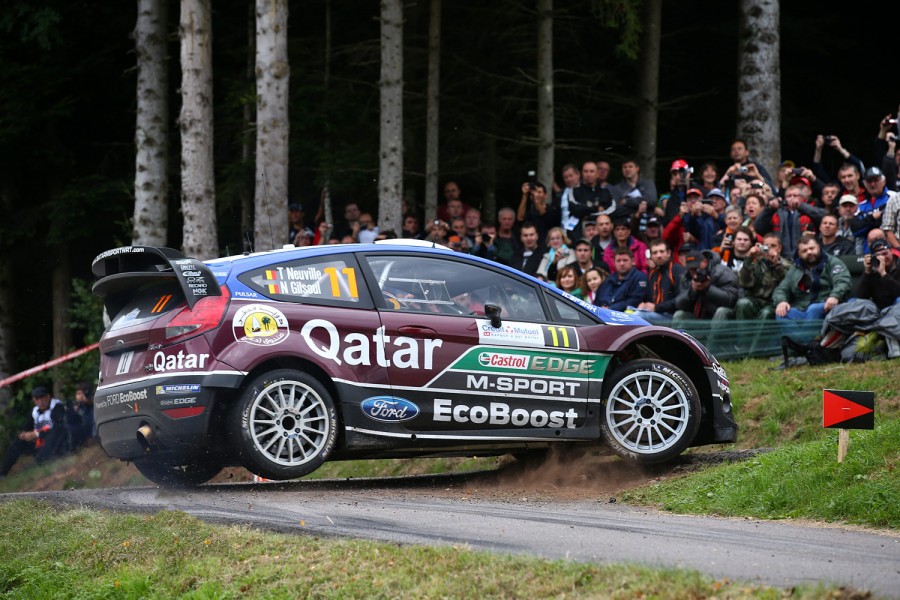 This angle is great. Volkswagen also used it, so I’m not sure if same snapper covers both teams or were those guys just standing at the same spot. On tarmac rally cars do not move much, but they move. Almost candidly, one wheel will step up in some corners, some dust or water will be kicked up, a wheel will lock and skid in hairpins. This particular corner had a bit of everything and Qatar M-Sport photographer was there and at the right moment. Plus, Thierry Neuville is quickly earning reputation of being wildly spectacular driver, which rounds up the list of ingredients.