Robert Kubica does not love nor respect rally? Really!?

For some things you can prepare in advance, for some you cannot. I was ready to hear some criticism regarding Robert Kubica’s apparent lack of enthusiasm after he won the WRC2 title today, but nothing prepared me for the all out attack on the Polish driver, claiming he does not respect nor love rally. Furthermore, since he (Kubica) is so disrespectful towards rally, he should leave for Formula 1, because that’s apparently all he ever dreams and talks of. Nothing really could have prepared me for this. It’s like someone is throwing tarballs on fire at you and all you have is your bare hands to defend against the sticky burning mess of pain.

Let’s first try and collect all the arguments behind those complaints. Kubica never laughs nor screams in a rally car, regardless how good or bad the result is. He did not jump out of the car today and on the hood, throwing his hands in the air in ecstasy. Surely, something must be wrong with him – he won the WRC2 title, why isn’t he happy or satisfied? Ha, must be because he loves only Formula 1! Because that’s all he ever talks about, Formula 1 this, Formula 1 that, and all while driving a rally car in the rally championship. You don’t talk about Formula 1 in WRC. You don’t love Formula 1 in WRC. Not even if you’ve, say, won a race in it and were considered to be one of the best drivers in recent history of the sport.

On more than one occasion I made a wrong call or a comment just out of a sheer disbelief over what this critic was posting in his tweets. I was ready to agree on the fact that Kubica could have expressed a bit more enthusiasm, for PR sake at least, and for his fans, but then it got quite ugly. I don’t know how else to call the claim that Kubica is a waste of space in WRC and that his seat in the championship should be given to someone who loves and respects rally. I don’t even… I… what?

“Kubica was so bad in IRC”, “he is not without experience, he did some rallies before in S12 and Fabia”, “he will never win a WRC rally”, “there was no real competition this year for him”…

How do you counter this? Where do you even start? 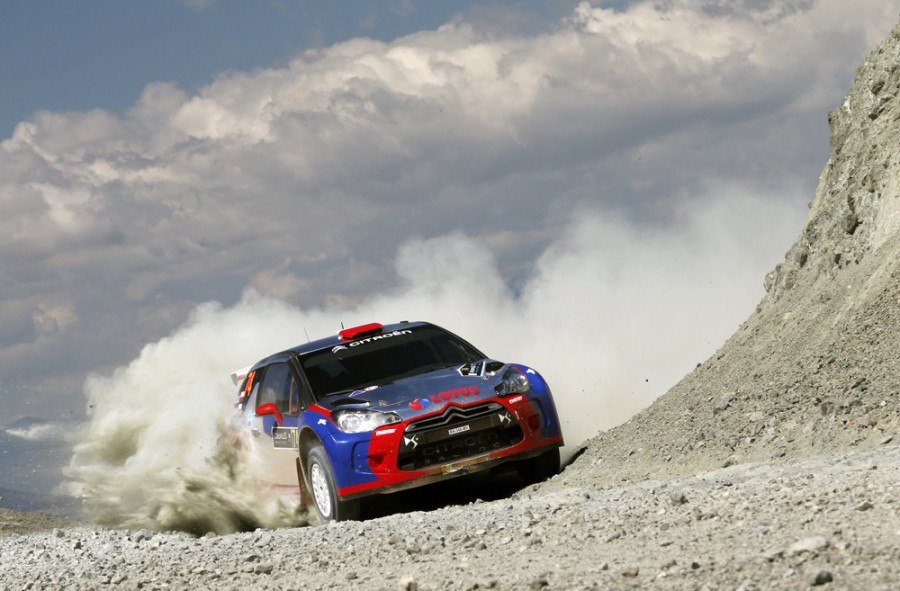 I tried everything. I tried with how little experience Robert has in rally, and how quickly he learned to adapt to gravel and to pace notes. Didn’t work, because apparently it’s enough to do several “weekend rallies” as he did prior to accident to be considered experienced, just like the guys who never did anything else but rally.

The argument then went on to claim Kubica had no real competition in WRC2 this year, and that IRC was better indication of his abilities due to higher clevel of competition. And apparently he sucked in IRC. It made no difference I claimed Kubica was fresh from accident when he joined IRC, and the lack of top level rally experience was obvious. Nope, no use.

But the main focus point was the fact that Robert does not seem to express and respect or appreciation for rally. And I strongly believe person expressing these criticisms failed at recognizing some very obvious and some not so obvious points.

Why isn’t Robert excited and overjoyed with his victories and the title? Let’s list several possible explanations.

Robert is an ex-, and for what he hopes, future Formula 1 driver. He was raised as a circuit racing driver and he excelled in Formula 1. He strongly feels he’s got a lot of unfinished business there. He is probably still very much affected by that accident and all the changes it brought into his life, into his plans and expectations, into his dreams. Nobody but him can even begin to imagine what kind of difficulties he had to overcome in order to survive that grim period of his life. His whole world shattered before his eyes, and his hopes and dreams dangled on a thin string, much like his hand dangled after being almost severed in that horrible shunt.

Does Kubica still love and lust after Formula 1? I have no doubt he does. But when it became apparent he won’t be able to rejoin Bernie’s circus right away, what did he do? Did he join some obscure touring car series? Did he turn to alcohol or depression? No, he faced his demons and went out to meet the very sport that almost killed him. How the fuck can anyone say he does not respect and love rally? Do you measure respect and love with the amount of shouting and gesturing drivers do at stage ends? Do they need to carry “I heart rally” flags around to be fully understood? Can he not love and desire Formula 1 and at the same time respect the sport that almost claimed his life?

Who the hell cares if Kubica does not sound amused at the stage end! Should he? He is a top professional and a very serious competitor, and the boys in Formula 1 are skilled at understanding the level of the competition they’re fighting against. Should Kubica really behave like he got high on meth while at the same time his nearest rival is 2 and a half days behind him in overall classification at the end of the event? If he won the title with only few seconds and points to spare, he would perhaps be singing a different tune. But perhaps not. Perhaps he is more interested in the top step, the ultimate class, the WRC?

I believe Kubica does not feel that the joy and satisfaction are justified at this point. He is not happy because this is just one step. He is not taught to be over the moon for finishing 10th in Formula 1, so he will not be behaving like a gorilla on speed for winning a category that is serious, but it’s not the top notch. It simply isn’t.

I do hope critics are aware of the possibility that perhaps, maybe, Kubica does realize his Formula 1 dream will remain just a dream. Perhaps everything he knows and feels points to that, but he is not yet ready to throw in the towel and call it. Perhaps by denying himself the right to celebrate and enjoy his current results in full capacity he is actually pushing himself to want more, to not be satisfied with today and to keep working for what he hopes tomorrow should be. As he was lying in bed in hospital after his rallying accident, what were the chances of him claiming the fucking, lowly, uncontested but try-it-yourself-and-let-me-know-how-you-get-on WRC2 title? This guy is about taking the 0% and puting a 10 in front of that zero.

If he does not respect or love rally, he is either stupid or just very bored to be spending time doing something he does not like. Respect can be expressed in many ways, and shouting or spelling it out is not the only one. Does he want Formula 1? Yes. Should he go? By all means, if he’s ready and fit! But should he go because he loves Formula 1 and mentions it often, so it irritates some people?

Ultimately, about the love of rally. Kubica was “instructed” to give up his seat for someone who appreciates and loves rally. There was no mention of the actual skill or speed, just love was enough. So I sadly used one very sad punch which was to bring Paulo Nobre to the mix. He loves rally, but he wasn’t a WRC driver by top standards. Is he more deserving of a seat in WRC than Kubica? It makes no difference if Nobre was privately funded. Should his love for rally be enough? Can he not express his love for the sport by funding a more capable driver and supporting him for a season or two? Should Nobre be respected any more or any less than Kubica because he was so overjoyed on every stage, but then instead of results he delivered crashed Minis? Surely, it was his money to spend however he wants, but if he really loved the sport, wouldn’t he be after something better? It gets weird here, doesn’t it, but I am really trying hard to understand what is it that justifies “love” and “respect” as only valid criteria, and how the hell do you even measure those.

The person ultimately went to claim Kubica will never win a WRC event, let alone title, and that the very thought of it is laughable. I, for one, am not nearly brave enough to even dare claiming that, even though I seemingly went into another extreme and said Kubica is future champion. WRC, WTCC, whatever, it doesn’t matter. He went from rally nobody to WRC2 champion. He crushed countless obstacles. He defied the odds and whether he is going to be next big WRC thing or not, Kubica champions life already, does it get any bigger than that!