It’s one thing to run events in a more compact format, but it’s a whole new game if you decide to cram everything into one day. According to unnamed sources this is exactly what FIA plans for 2014 and beyond. By doing this, FIA hopes to attract more manufacturer and privateer teams.

Current plans state that the events proper will last only one day and consist of only one special stage. Which must be circular and easily accessible to spectators. Radically radical plans further state that the stage would see several cars racing at the same time on the mixed gravel and tarmac surface. In order to determine starting order, organizers are expected to come up with engaging qualifying systems. Innovative “fastest lap around the stage” concept was discussed and is subject to WMSC approval.

With the introduction of these original new ideas and concepts FIA hopes to solve several burning issues plaguing the WRC in recent years. Another new class, named WRC4 is also going to debut next year – featuring electric cars based on the global “bumper cars” racing formula.

Should this new concept of compact circular track and several cars running at the same time prove successful, FIA is ready to consider live TV coverage of major event features, such as drivers arriving at the track, officials checking the road temperature and spectators sipping Red Bull. 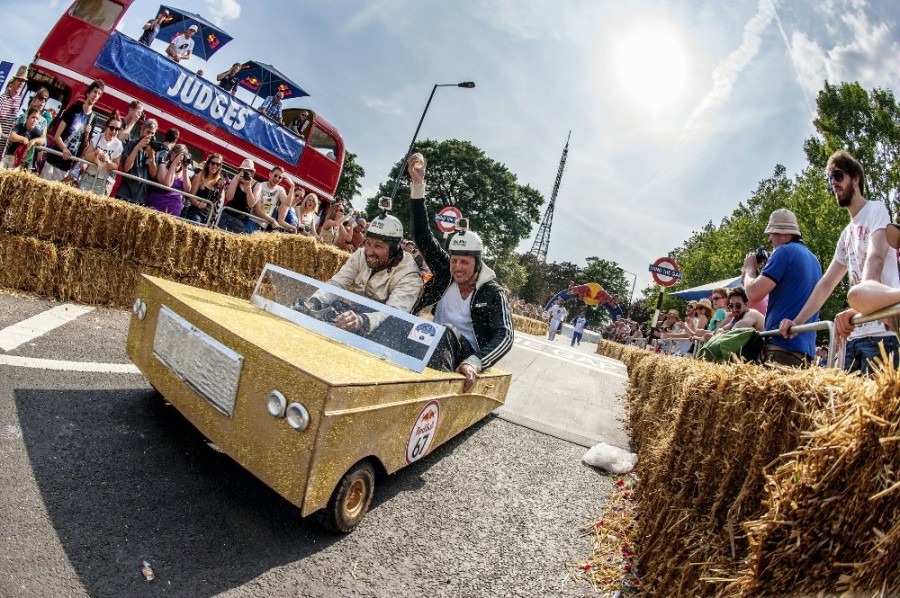 Finally, FIA also plans to get more involved in the running of the sport out on the stages. World Rally Championship Commission members and officials will also compete in every round of the WRC, thanks to the ideas presented by sport’s promoter Red Bull. Relevant racing series such as Flugtag and Soapbox Race are being considered for this new WRCGold class.

Oddly enough, WRC teams were not present at the meeting, with several sources saying they saw Volkswagen, M-Sport and Citroën bosses sitting alone in the adjacent room. While meeting took place in room marked with WRXC door sign, team bosses sat in silence in their WRC marked meeting room.