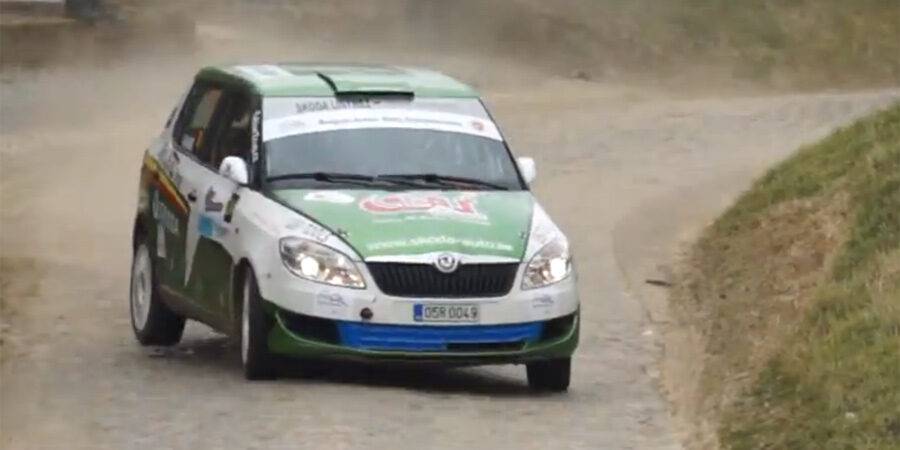 Group B this, group B that. Everything was better in group B and only men with balls the size of Jupiter could drive those cars, period. Nothing will ever come close, no matter how hard modern rally drivers try.

Sometimes rally talk turns into cars talk as if the cars define the drivers and not the other way around. Thus every group B driver was essentially a god.

I admit I was often one of the fanboys of group B, and I still very much am! It was a crazy period – if we compare it to people I’d say group B was a hyped up, reckless and overwhelmingly ambitious teenager. But when people start talking about group B as the only period in which rallying was fun, I tend to disagree.

Take this video for example. It’s Belgium, it’s mostly flat tarmac and muddy stages but most of all it’s (mostly) R2 cars. Yes, that’s right. Not WRC, RRC or even R3, but R2. Compared to group B these cars are as radical as Marussia’s F1 car is a direct threat to Red Bull. But are those R2s fun? Only one way to find out – click on Play and prepare to be amazed by skill and speed.

Group B drivers often say those monstrous cars were very difficult to drive, but once you mastered them they were forgiving because of all that power. And, as we know, more power solves every problem in motor sports! R2 machines in this video are spectacularly fast so I suppose there’s some skill involved in driving them too, despite their not-very-group-b character.

Moral of the story; don’t judge rally drivers by mere cars. Instead, consider what they do with those cars.

P.S. Silly and questionable spectators positioning again, but that’s nothing new these days, apparently. Nothing a nice fat accident with fatalities and huge public outcry can’t fix, right? Please note this is a season overview kind-of video, so it’s not a single event. Some spectators were in a very bad spots, but I’m confident organizers already noted that for next year.