Dani Sordo has had enough of this! 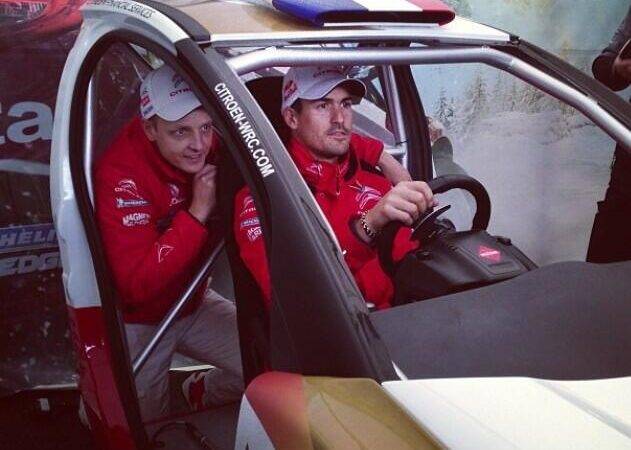 Oh, but they’re such a children. No? Part of their job, you say? So they don’t only get to drive some hi-tech cars at high speed and receive salary for it, but they are also forced to do horrible ugly things such as attend press conferences, talk to reporters, sign autographs or, dare I even say it, play official WRC games? This is slavery! Where do I sign up?

Citroën lost count today, if we’re to believe what they say, and issued Dani Sordo a ninth chassis while they’re only allowed to use eight per season. A miniscule scandal ensued and the end result was a 5 minute penalty for Sordo.

In disgust, Sordo cursed silently and then, in a more calm manner, exclaimed: “Screw you guys, I’m going playing”.

And there he is, in his ninth chassis (yep, this is the car he’ll be driving in this event, it’s a prototype of a R(-1) car, loosely based on Citroën 2CV, part of ongoing FIA experiment aimed at cost cutting and laugh inducing), being told by Mikko Hirvonen what to do.