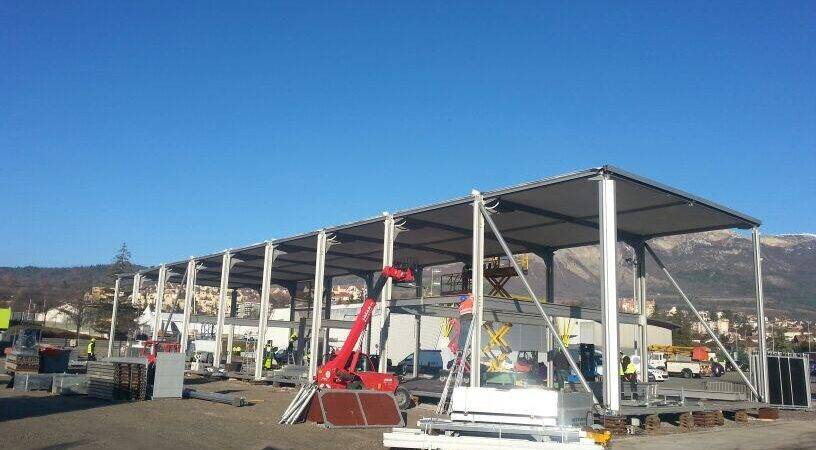 This new season is going to be so much fun, I can already taste it. One team will want to defend the title, another will want to retake it, the third would love to return to winning ways and then there is this new kid on the block, ready to impress and earn some respect. The new kid on the block is, of course, Hyundai Motorsport, and they are not shy about it, not at all. You’re either fully commited to this sport or you are not doing it right, and full commitment sometimes mean to go flat out on the stages, in PR, marketing and, by the looks of things, construction. VIP areas, media lounges, motohomes, service tents, it’s all part of this huge marketing project, called to-be-a-manufacturer-team-in-WRC.

Hyundai knows it, because this is what they set off to build this morning in rally base in Gap. They call it a home, but let’s say it’s more of an apartment block. Make no mistake, kids, this is not the same Hyundai from 10 years ago. They REALLY mean it this time, and this giant structure they call home proves it (too).

It’s a week until SS1 of the #Monte but the real first stage is already underway in Gap – building our new #WRC home! pic.twitter.com/l0Bsg7yhpR