Make it reasonable, and they will come – huge interest for Drive DMACK Fiesta Trophy 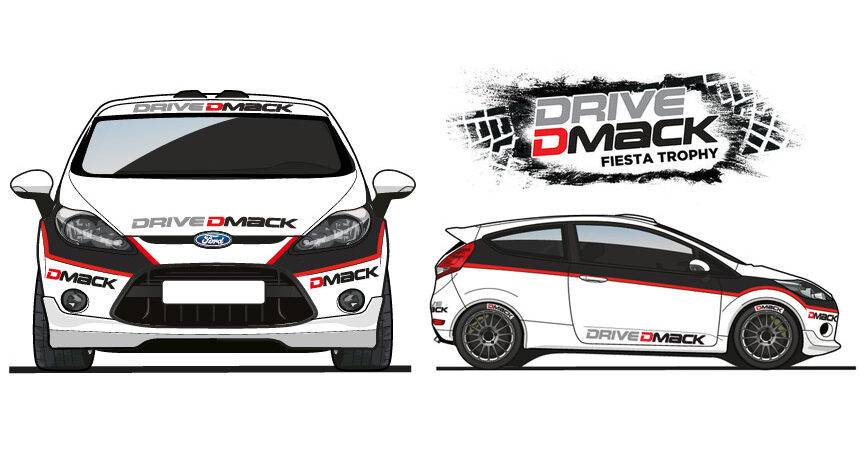 Common sense says that, in order to make sense, you first need to, well, make sense. In other words, if there is a concept which offers a lot, is competitive and best of all very reasonably priced, then it’s completely perfectly natural to expect some interest among drivers and teams. Many so called junior series and championships claim to be the best possible choice for aspiring new driver, crew or a team, but ultimately it’s the number of crews taking part that serves as a measure of success. This year there are two major feeder series in and around World Rally Championship; Junior WRC based on Citroën Racing’s DS3 R5 and allegedly featuring some huge bills, and Drive DMACK Fiesta Trophy with clever pricing structure and some very interesting prizes. Guess what, the latter received huge number of registrations, exceeding the limit of entries set down by the organizers, M-Sport and DMACK Tyres. Sweet, sweet problems.

It’s no wonder, really. Fiesta Trophy offers bunch of goodies and no small print to be worried about. Based on Ford Fiesta R2 rally car, the series consists of five events in Europe, all part of the World Rally Championship. So, a competitive car and a WRC experience? Sounds nice, doesn’t it. According to official sources, Drive DMACK Fiesta Trophy offers cost effective competition under 100.000 euro, which is obviously right in the alley of many teams and sponsors, seeing the overcrowded registrations list. The final piece of this extremely attractive package is the prize for the winners – seven rounds of the WRC next year in a Fiesta R5.

Organizers confirmed entries from all over the world, which means we could end up with a very world-y competition – a very, VERY welcome addition to the existing WRC format. M-Sport and DMACK will “carefully evaluate all the registered competitors to confirm the final list of participants and offer the best possible championship”. They better hurry because first event of the Drive DMACK Fiesta Trophy is Rally Portugal in April.

Dick Cormack, DMACK motorsport director, said: “We always knew this trophy was going to be hugely popular but both DMACK and M-Sport have been overwhelmed with the response. The number, quality and geographical spread of registered competitors will make the trophy the most popular global rally series for aspiring drivers and is set to offer enthralling competition.”

Malcolm Wilson OBE, M-Sport managing director, said:  “The response has been phenomenal and the standard of applicants is incredibly high, from a truly global field. We now have some tough decisions to make as we go through the process of confirming who will be selected for the places on offer. One thing is for sure, when the time comes to reveal the final entry, we will have a fantastic championship and some very hard-fought competition for the year ahead. The eventual champion will have certainly earned their place in the Drive DMACK team!”