One loop down and guess who’s in the lead 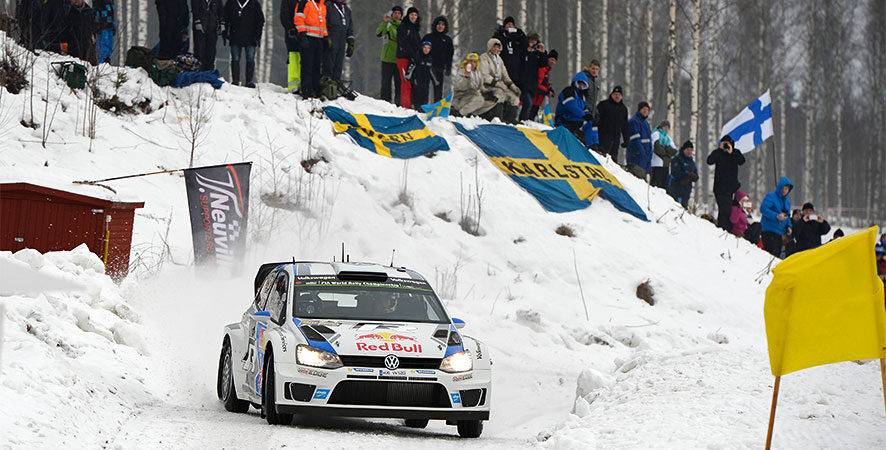 Dat Volkswagen, or should I say das Volkswagen. Sebastien Ogier, Andreas Mikkelsen and Jari-Matti Latvala are in the lead after four special stages in Sweden, but they’re closely followed by Estonian ace Ott Tanak. Making the best possible use of his WRC comeback, Ott is currently fourth, only 2.2 seconds behind Latvala. Impressive run for Tanak so far but he’s not the only one creating the buzz today.

Andreas Mikkelsen is on fire, and the results are here to prove it. After first loop of stages Mikkelsen is only 1.6 seconds behind Ogier and further 4.5 seconds ahead of Latvala. The latter complained about the gearbox in his Polo, but still managed to set some serious times.

Further down the order things are quite… compact and that really makes me happy! Mikko Hirvonen is fifth, 6.7 seconds behind Tanak while Mads Ostberg holds on to sixth in the leading Citroën, 3 seconds adrift of Hirvonen. Ostberg also complained about the lack of confidence and it’s evident he is not able to push. Two Hyundai crews are in 7th and 8th, Thierry Neuville leading the proceedings but only by half a second advantage over team mate Juho Hanninen.

Pontus Tidemand and Henning Solberg round up the top ten, separated by less than 28 seconds – there weren’t that many kilometers today, so differences are not yet too big, I’m hoping it remains the same for the next loop.