Volkswagen, please, let them fight, WRC needs duels such as this 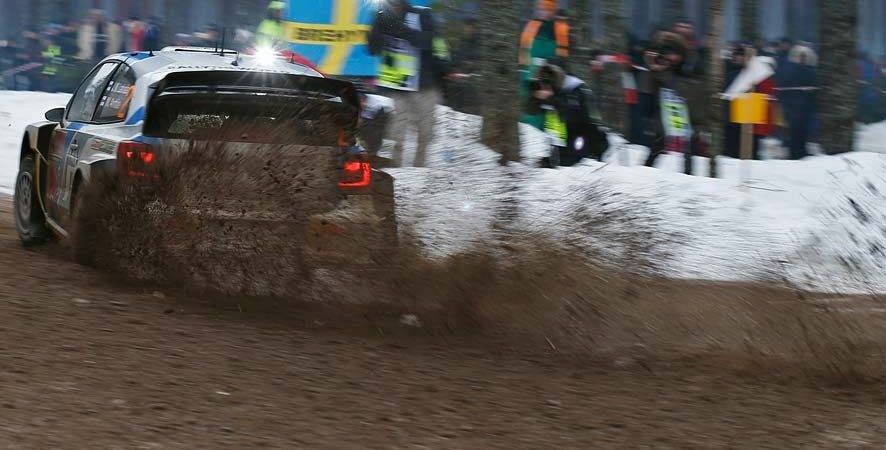 In Sweden, mistakes mostly look harmless but their pricetag is often pretty significant. Sebastien Ogier learned about it first hand when he plunged his Polo R WRC off the road on the first stage of the day. He did not try to mask the fact that it was his own mistake and he took the blame immediately, calling the mistake “stupid”. And stupid it was, putting him out of the lead and far from the podium. Yet, Ogier should never be underestimated, especially when he’s got nothing to lose. Little by little, he was able to reduce the gap from the initial 4 minutes and 18 seconds to 3 minutes and 38 seconds at the end of the day.

Enough about Ogier and his stupid mistake. Jari-Matti Latvala and Andreas Mikkelsen marked the day, for me at least. Volkswagen did well to let them fight, and they did just that. The day ended with Latvala holding the top spot, just 3.6 seconds ahead of Mikkelsen. They both had scary moments and iffy situations, but the right foot never lingered above gas pedal for too long. Fantastic performance by both Volkswagen drivers. The fact that both Latvala and Mikkelsen have a thing or two to prove only forces them to try even harder – they both need this win.

Yet, they also need points and finishes. Balancing the needs, wants and musts is going to take some mad concentration tomorrow. And Mads Ostberg in third place with Mikko Hirvonen and Ott Tanak in fourth and fifth will not hesitate to jump in should any of the leading Volkswagens run into problems.

Problems marked the second day of Rally Sweden for Hyundai. Both drivers crashed out of the event, but they need the mileage badly and luckily both cars did not suffer major damage so Thierry Neuville and Juho Hanninen will be back tomorrow under Rally 2 rules.