How Mexican altitude eats up your horsepower 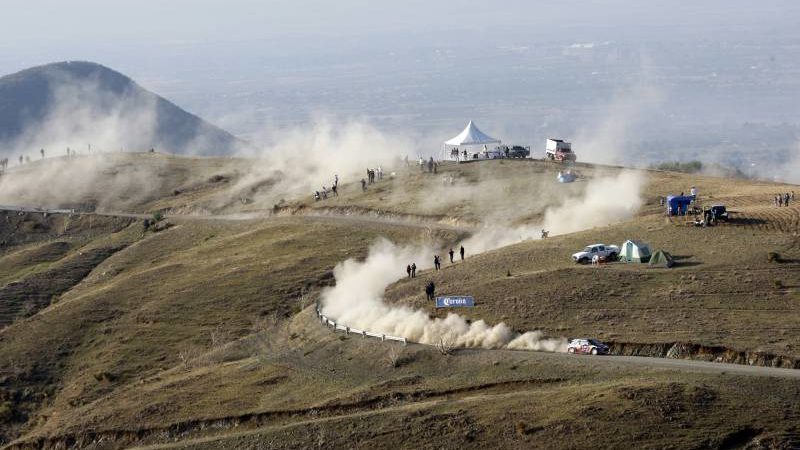 Every event that features special stages at high altitude is a special thing for teams and engineers. The higher the cars go, the more power their engine will lose due to the difference in air density. The upcoming Rally Mexico will put these exact challenges before the teams and crews competing in this year’s World Rally Championship and we’re going to hear a lot about the specific effect the Mexican altitude has on engines during the event.

The difficult thing is, in order to prepare yourself, or rather the engines and the electronics to cope with the lack of oomph and reduce the negative effect on power, you will want to replicate the conditions for testing and that is not so easy to do, as Citroën Racing’s Chief Operations Engineer, Didier Clément explained. Citroën’s preparations consist of bench test as well as driving tests at the highest available altitude.

“We have to adapt the engine to this environment. The engine mapping is adjusted to reduce the loss of horsepower. If we didn‘t do this specific work, we’d lose around 10% of maximum power output with every 1,000 metres of altitude.”

“It is difficult to replicate the conditions we’ll have in Mexico here in Europe. In the south of Spain, we are able to test at altitude, but not with the same heat or the same constraints. But the experience we have acquired in recent years helps us to prepare effectively for the rally.”

“The idea is to lose as little power as possible but also reduce the response times during acceleration,” added Didier Clément. “An engine needs air, a lot of fresh air, in order to operate really effectively. In Mexico, there is less air and it’s hot, so we need a really efficient mapping!”

The performance of the 1.6-litre turbo engines in the World Rally Championship is limited using an air restrictor, in accordance with WRC regulations. The effect is similar to breathing through a snorkel whilst jogging. With altitudes of around 2,800 metres above sea level in the Sierra de Lobos and Sierra de Guanajuato mountains, this effect is compounded at the Rally Mexico. The higher you get, the lower the oxygen content in the air, resulting in less efficient combustion. Furthermore, the air resistance for the turbo charger is also reduced. This increases the revolution speed in this component, and only by making adjustments with the engine management system is it possible to avoid a mechanical overload. The engines consequently generate 28 to 30 per cent less power than they do at the Rally Sweden.

“The altitude at the Rally Mexico affects the engine more than any other part of the Polo R WRC,” said Dr. Donatus Wichelhaus, Head of Engine Development at Volkswagen Motorsport. “On the one hand, the air pressure drops the higher you get, which in turns results in lower oxygen content in the air. On the other hand, the air resistance in the turbo charger is also reduced. As a result, this component achieves higher revolution speeds than at any other rally. In order to guarantee stability, but still lose as little performance as possible, we used various simulations even before last year to prepare for Mexico.”