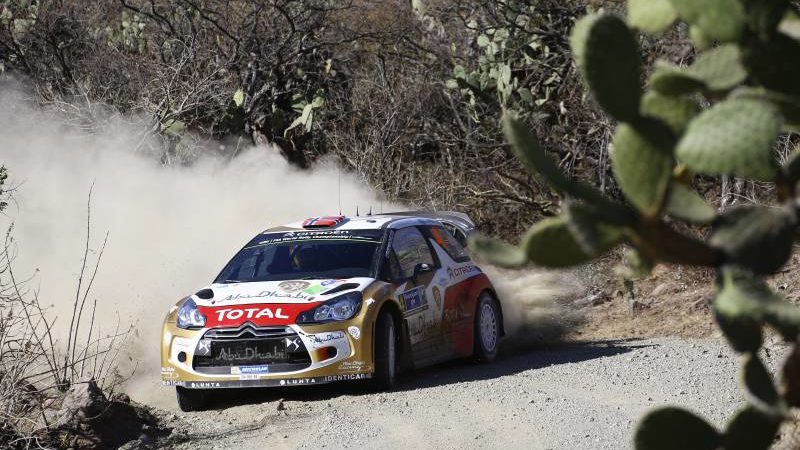 First loop of Friday stages is behind us and it was one hell of a loop. All sorts of things came into play, from dust on some sections on the first stage, to some mechanical or confidence issues to inevitable mistakes by drivers and co-drivers alike. Busy morning in Mexico, to say the least. In the lead, after five super specials, is the Citroën Racing driver and the man very much eager to get back to where he thinks he rightfully belongs. Mads Ostberg has 3.3 seconds advantage over Volkswagen’s Sebastien Ogier, who obviously did not mind the so-called bad starting positions this morning. There is no doubt that the slippery sand did contribute to Ogier’s and Jari-Matti Latvala’s (lack of) pace, but the Frenchman at least looks very strong, as his position suggests. Same can be said about Mikko Hirvonen as well. Third overall and 11.3 seconds behind Ostberg, Mikko is very much in the run and as comfortable as always in Mexico. There were no issues for him, just the sensible approach and some pushing where and when it counted.

For afternoon (or evening if you’re in the good old UTC) we have the repeat of the morning stages and it will be very interesting to see the kind of conditions crews will face when they set of to stages once again. If anything, they should be much quicker and the braking distances and levels of grip in certain sections should be much clearer than this morning. Some drivers reported that in some sections the slippery sand was still deep enough to remain slippery even after 10 or so cars went over it, while in other sections the difference between 1st and 6th or 7th on the road was more obvious. I suggest you pay special attention to Ogier – he did not suffer too much in the morning and he was able to keep the very solid position in the overall classification, so he should be flying in the second loop.

Some Mexican first-timers such as Kris Meeke, Robert Kubica and Elfyn Evans are still learning the stages, listening to how their cars respond and basically getting more familiar with all the features of this particular rally. There is pace in all three of them, but at the moment neither is too keen to throw the caution to the wind. Clever.