Thanks a lot, Rally Mexico! 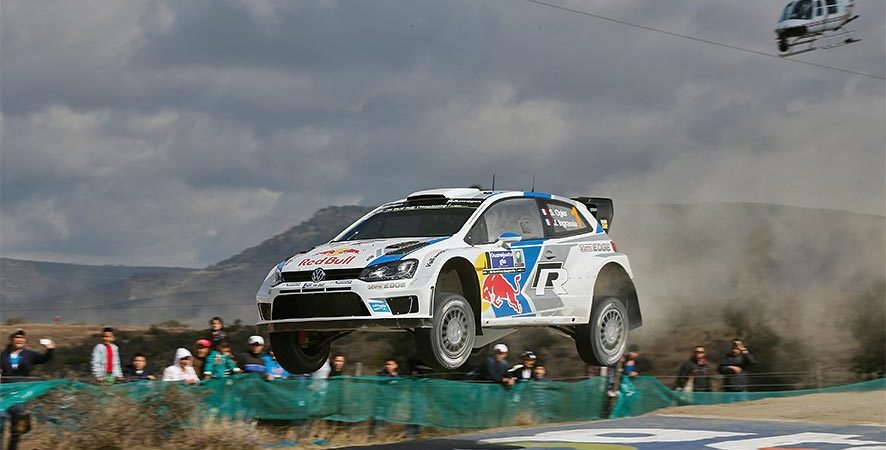 Thanks a lot, Rally Mexico. No really, thanks a lot. Was it too much to hope for a clean day and no dramas so we can enjoy the big battles and close duels up until the very end of the event. Apparently yes it was! It could have been so nice, but no. No! Rally Mexico had to throw in all sorts of problems and look at our classification now, all decimated and spread out. Well played, Rally Mexico, really well played.

But we wouldn’t want it any other way. When it clean and drama-free and predictable, it’s no fun at all. Today surely wasn’t predictable. Some managed to avoid making any costly mistakes while the other struggled and/or just simply rolled out. Mads Ostberg was excellent yesterday and he was aiming high for the top step of the podium until one corner, taken too fast, robbed him of any hope of a victory in Mexico. Robert Kubica and Andreas Mikkelsen crashed out as well, changing the overall classification significantly. What we have now is Ogier leading the proceedings with little over a minute lead over Jari-Matti Latvala in second place while always impressive Thierry Neuville rounds up the provisional podium for Hyundai at third.

The stages of this year’s Rally Mexico are, put simply, ruthless. If not for their configuration then for their length. It’s a unique challenge and as such it’s very welcome in the World Rally Championship. To make things even better/worse, one such stages is still on the menu, Guanajuatito, 55 kilometers, tomorrow.