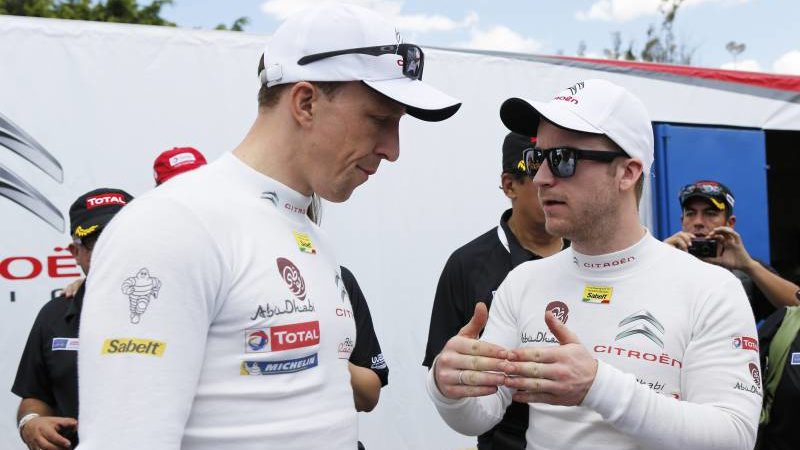 That potential. Multiple world champions and proven winners, Citroën Racing ended up collecting only couple of points in Mexico so it’s fair to say they aren’t exactly happy nor satisfied. Things looked good for them over the weekend, Mads Ostberg had a great run before he made a mistake and dropped out of the event only to return as a Rally2 competitor to collect points for 9th spot in the end. Kris Meeke paced himself, knowing there is much to lose if he pushed too hard in his first ever visit to Rally Mexico. Then came that rock and Kris got kicked out of the event in the final stage.

It’s not easy to watch Citroën struggle, but I don’t think anybody expected things to go flawlessly for them this year. The thing is, they don’t lack pace and the car is not too far behind Polo or Fiesta (if at all), it’s about drivers making themselves comfortable in the team and in the car. Both drivers are experienced rally experts, but Kris in particular is in his first proper season of WRC. These things matter, a lot.

Besides all that, Citroën Racing confirmed their long-term commitment to the WRC, and even said they will consider this year to be a kind of investment. They’re pretty much mixing hope and ambition, knowing very well they have all it takes to be successful. If not this year, then the next.

Mads Østberg: “There are many positives we can take from the rally. We clearly have the speed. We showed that we are able to match the pace of the best crews. Today’s final leg has given us the opportunity to work on preparations for the upcoming events. Apart from one unfortunate corner, it was a very good rally. I’m really pleased to finish the rally with a couple of stage wins. I am convinced that we have improved this week. We know a lot more now than we did at the start of the rally. We have some very solid foundations we can build on in our tests for the Rally de Portugal.”

Kris Meeke: “I feel like I have made a huge amount of progress in terms of understanding the Citroën DS3 WRC and the pace to adopt in the stages. It’s very disappointing not to finish the rally. On the Power Stage, I had good pace notes and I was on the right line, but I hit a rock on the inside of a corner. I was first on the road, so I couldn’t avoid it. Not making it to the finish is very frustrating even if there are lot of positives that we can take away from this rally.”

Yves Matton (Citroën Racing Team Principal): “Obviously, it’s a disappointing result when you know the potential of our team, the Citroën DS3 WRCs and our crews. Once again Mads showed, however, that he was capable of matching the best drivers. He was one of the quickest drivers throughout the weekend. He is improving consistently and quickly, which is highly encouraging for the next few events. As regards Kris, obviously it was tough for him competing in such a difficult rally for the first time. We knew our crews were relatively inexperienced. We’ve probably paid the price for that today, but that takes nothing away from their potential.”