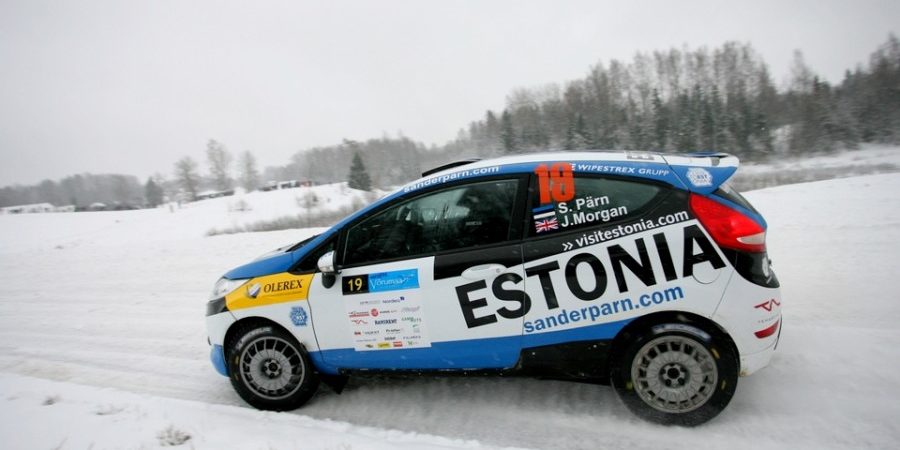 Sander Pärn is one of twelve youngsters who were picked up by DMACK and M-Sport to participate in Drive DMACK Fiesta Trophy which is held within rounds of FIA World Rally Championship. Opening round of the series is Rally Portugal held in the beginning of April. Other rounds are Rally Poland, Rally Finland, Rally Deutschland and Rally Catalunya. Sander’s co-driver through the season is young and promising Briton James Morgan.

„I’m glad that we can use the experience we gained last year. We have decided to contest in Drive DMACK Fiesta Trophy series which will be run within five rounds of FIA World Rally Championship,“ told Pärn.

Drive DMACK Fiesta Trophy is a series where DMACK and Malcolm Wilson’s M-Sport have joined forces to provide a cost-effective series within the 2014 FIA World Rally Championship. The goal is to offer an alternative series to young and successful rallydrivers. In the end of last year it was clear that FIA wishes to change very successful Ford Fiesta R2 in JWRC to some other car. Contract with Citroen meant that new car in JWRC is Citroen DS3 R3T. Also the tyre supplier is new in 2014 as Michelin replaced Hankook. This all means that the budget to take part in JWRC increased considerably.

„Our first plan was to continue in 2014 in JWRC. But as finding partners to such a unwisely big budget is very hard we considered many different options to start in FIA World Rally Championship,“ explained Pärn. He adds that there were long discussions within the team and all the details were also discussed with Sander’s mentor Markko Märtin.

New season means for Pärn also a new co-driver. From this season he will get his pacenotes from a young and ambitious Briton James Morgan. „If we were looking my career in longer perspective we needed to make some changes in the name of development. One option was to change Estonian pacenotes to English as did Markko Märtin years ago. Considering all the options we choose this way and contacted James Morgan. He is a member of MSA Academy and Team UK where his mentors are World Champions Nicky Grist and Robert Reid. This means valuable knowledge from the best. And all this means internationally professional surplus value and reflection to Estonian autosport. First we did a round of Estonian Championship in Võru. Everything went well and now James is my co-driver in this season,“ explains Pärn the change of the co-driver.

Ken Järveoja who has been co-driver for Pärn since the beginning his career (2004) will stay with the team. „We have experienced a lot, together we won last year Estonian championship. I’m very pleased that Ken will stay in the team as a coordinator.”

The cars in Drive DMACK Fiesta Trophy are the same – Ford Fiesta R2 which are run by M-Sport. „The car is familiar to me and suits my style. This will give us self-confidence,“ notes Pärn. He adds that the experience he gained from JWRC last year was very valuable. Now it needs to be changed to a good result this year.

When competing in FIA World Rally Championship last year Sander Pärn car had a livery that introduced Estonia. Pärn continues with the similar livery and his registrant is Estonian Autosport Union. For the Estonian ASN this is a pilot project as they have plans to start with four year project where best young Estonian rally driver gets a change to compete in youth series within FIA World Rally Championship.