Seb Ogier: “We’re happy to be up there with the front-runners” 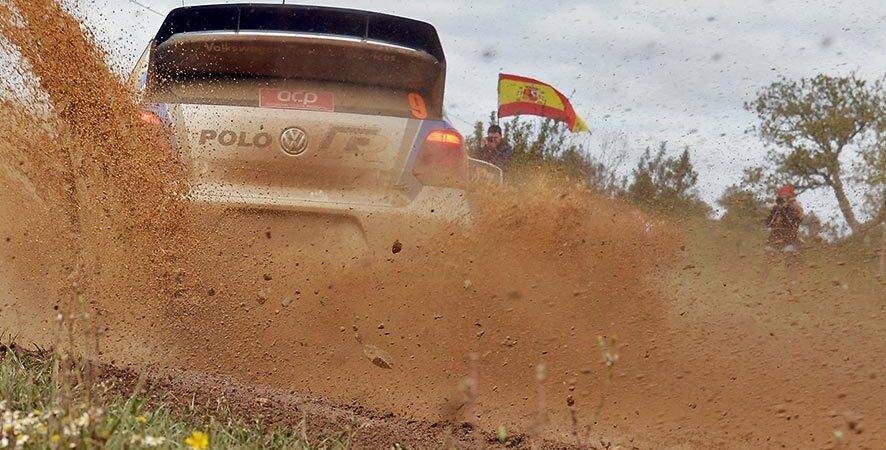 Volkswagen Motorsport lost Jari-Matti Latvala today, a small mistake turned into a big crash and Finn was forced out of the event. Bitter disappointment, but Jari-Matti today is not Jari-Matti from 12 months ago. Despite this off he still remains one of the favourites for the title this year. But just like Sebastien Ogier stole Jari-Matti’s birthday present by winning the superspecial in Lisbon on Thursday, he is also very keen on defending the said title. Seb says day 1 wasn’t easy and given his road position and the tricky conditions on the stages, we must believe him. The line between cautious and too ambitious was especially thin today and Ogier simply made the best of the situation, holding on to third place, few seconds behind the leader and with a pretty safe margin ahead of fourth placed Mads Ostberg.

Sébastien Ogier, Volkswagen Polo R WRC #1
“The conditions were not easy – particularly in the morning. The level of grip on offer changed constantly. We took a cautious approach: as first out you cannot follow the tracks of the cars in front. The special stages had dried out considerably by the second run. However, hard tyres were still not the ideal choice. Despite this, Julien and I are very happy to be up there with the front-runners. Generally speaking, today was an exciting day for the fans, as it has been a long time since we have had so many drivers so tightly bunched.”

Jari-Matti Latvala, Volkswagen Polo R WRC #2
“Because it had rained an awful lot over the past few days, the road conditions were difficult to judge – we opted for a cross-over of hard and soft tyres. I had more understeer than expected in a left-hander and had to take a wide line. When I then got back on track, I hit a deep hole on the right-hand side, which threw the car into the air. We were on two wheels for a moment, before hitting a bank and rolling. It is obviously disappointing, but it is not the end. We must put this kind of set-back behind us and concentrate on what lies ahead.”

Andreas Mikkelsen, Volkswagen Polo R WRC #9
“I have had better days of rallying since joining Volkswagen. We decided before the rally to write new pace notes. Unfortunately, however, it rained so heavily during the ‘Recce’ that we could hardly see anything, which is why the pace notes are not as detailed as we would like. The unpredictable road conditions, together with the fact that I did not have 100 per cent confidence in the pace notes, made me very cautious. The result here in Portugal is that we dropped an enormous amount of time. However, I did not want to take too many risks after my two mistakes in Mexico.”