Ambitions run high in Citroën, can they tango in Argentina 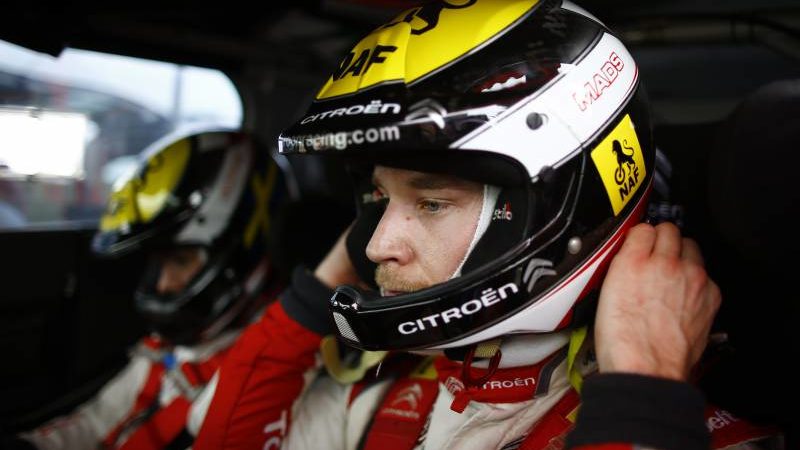 Yeah, sorry about the title. It’s kinda late and it’s Friday evening so I ran out of the clever ones (not that I have too many of those, I know!). It’s one week before the next WRC event and official previews started pouring in. Hyundai released their preview video and Citroën Racing unveiled their expectations ahead of round five of 2014 season. If any team should have expectations, it’s Citroën. They were and so far still are undisputed rulers of the Rally Argentina – they’ve claimed victories on this event since 2004. It’s only natural they’re talking about love affair between the team and the event. Nine consecutive wins, it would be nice to round it up to 10, but… things have changed. Over the past nine years, Sebastien Loeb and Daniel Elena were the ones claiming the top step of the podium, but this year they’re history as far as WRC is concerned. Loeb is doing his part in stomping everybody in WTCC and Elena is, well, co-driving from the pits. It’s up to new lineup of drivers this year, and they both have things to prove. Mads Ostberg, well, he’s quite happy with the way 2014 treated him so far and that led him to some ambitious predictions. At the same time, Kris Meeke… well, it’s quite obvious what kind of point he will want to prove in Argentina.

Here’s what Citroën has to say about fifth event of 2014 World Rally Championship season.

When people talk about motor racing and passion, Citroën’s love affair with Rally Argentina invariably comes up. Since its debut season as a works team in the WRC in 2003, Citroën Racing has enjoyed a nine-year winning run at Rally Argentina. After its first win in 2004 with Carlos Sainz/Marc Marti, and then with Sébastien Loeb/Daniel Elena, Citroën’s Xsara WRCs, C4 WRCs and DS3 WRCs have never been beaten on the roads around Carlos Paz.

Having amassed nine consecutive wins, Citroën has enjoyed thrilling the hundreds of thousands of fans that gather here every year. José-María López has been part of the crowd on many occasions, but the current leader of the WTCC won’t be watching the stages next weekend, as he’ll be in Slovakia competing in his Citroën C-Elysée WTCC.
THREE RALLIES IN THREE DAYS

A popular event for many of the crews, Rally Argentina is one of the most comprehensive tests on the World Championship calendar. During the three days of racing, the WRC drivers have to deal with some very specific conditions.

Compact, flowing gravel roads on day one are followed by more technical stages on the sandy roads of the Santa Rosa de Calamuchita region on day two and finally, competitors tackle the narrow, rocky roads in the mountains of Traslasierra on day three.

“Rally Argentina is one of the highlights of our season,” emphasized Marek Nawarecki, who will assume the role of Deputy Team Principal in the absence of Yves Matton, who is set to be busy with the WTCC. “The weather and road conditions can really vary. It’s a great event and one which is especially interesting for the team.”

To adapt to the constantly-varying conditions, the Citroën Total Abu Dhabi World Rally Team prepares for the event long before it starts and draws on its extensive experience: “There are some sections at over 2,000 metres above sea level,” analysed Didier Clément, Chief Operations Engineer for the DS3 WRCs. “For that, we’ll use the work we did before Rally Mexico. For the set-up, we have had two days of testing with our drivers. Using our experience, we suggest tried and tested solutions for the various Argentinean stages. Then, we use a database and their feelings to adjust the set-up of the Citroën DS3 WRC, always with minor changes. Our aim is to help them to feel full of confidence.”

It is during these pre-event test sessions that the driver and his engineer must concur with and understand one other: “We know the type of set-up to adopt for each day of the rally. We also know what pitfalls must be avoided. But we are also currently working on development of the car. For Rally Argentina, we have the possibility of introducing some minor upgrades to the set-up. These are elements that have undergone testing and been approved. We never try to revolutionise the car in its entirety. We have made the upgrades available to our drivers, who were able to compare their feelings during testing. The aim is to have another option which may be useful to them. They don’t necessarily make the same choices, because their driving styles are different. But the settings are never that far apart.”

For his fourth appearance at Rally Argentina, Mads Østberg is looking forward to enjoying the event’s famous atmosphere: “Argentine is in the top 5 of my favourite rallies. The fans and their passionate support create a real party atmosphere. And some of the stages are very beautiful.”

Having finished on the podium twice this year, in Sweden and more recently in Portugal, the Norwegian is hoping to keep improving: “Our preparation has been perfect. Since the final day of Rally Mexico, the development has been very positive. Testing enabled me to confirm the progress we have made. I am working on my driving style in to order to be more competitive in the Citroën DS3 WRC. We have managed to achieve some good results with the engineers. It’s a long process which isn’t going to work overnight but the pace at which we are improving already is very promising!”

Third in the Drivers’ World Championship standings, Mads Østberg claimed a podium finish at Rally Argentina in 2012: “The goal is the same this year. This event is as tough as ever. We’ll need to be consistent. I can’t wait to drive the stages on Saturday’s leg. They are quick with a lot of rhythm. On Sunday, we have to tackle Mina Clavero downhill. When you drive it uphill, it’s complicated enough, so that promises to be provide one hell of a challenge at the end of the rally! The aim is to come away with a good result. Depending on the conditions, we’ll see if we can push a bit more…”

A NEW EXPERIENCE FOR KRIS MEEKE

Unlike Sweden, Mexico and Portugal, Kris Meeke has a little experience of Rally Argentina. He has never made the trip to Carlos Paz, however, to compete in World Rally Championship event.

“I competed at this rally as part of the IRC calendar in 2010,” reported Kris. “The stages weren’t all the same but I have a good idea of what the roads are like here. I’ll be a little bit less in the dark than in the previous rounds.”

During testing organised in Sardinia, Kris and Paul were able to get their bearing in the Citroën DS3 WRC again: “It was really great to be back in the car. Driving a WRC isn’t something you can practice at home. The tests went really well. The entire team has worked really hard, constantly trying to develop new solutions. We have better traction and the car is better balanced. I feel confident and I have great faith in the Citroën DS3 WRC.”

Having finished on the podium at the opening round of the season, the British crew will be looking to open their account on gravel: “We have to finish a rally without making any mistakes. Whatever happens, regardless of the conditions, we must bring the car home. Since the start of the season, we have had good pace. We just need to cut out the mistakes. And first and foremost, that means making good notes during recce.”

FROM BUENOS AIRES TO CARLOS PAZ

One of the key rounds in the World Rally Championship for Citroën Total Abu Dhabi World Rally Team, Rally Argentina begins a week before the actual start of the event for Kris Meeke and Mads Østberg.

The drivers are due to take part in a number of promotional activities in Buenos Aires before hopping on a plane to Cordoba.

Recce will get underway on Tuesday, 6 May from 8am. Two days later, the shakedown will kick off proceedings on Thursday, which will also see the ceremonial start and a super special stage in Carlos Paz at 4pm local time.

On Friday, the crews head north for the roads around La Cumbre. Two stages are due to be completed twice: Santa Catalina – La Pampa (27.09km) and the huge Ascochinga – Agua de Oro (51.88km). A thirty-minute service period is scheduled to begin at 12.18pm.

Saturday’s two stages will be held on roads to the south. The crews set off from parc ferme at 6.25am and head for the Calamuchita Valley. Once again, two runs on San Agustin – Villa del Dique (39.99km) and Amboy – Yacanto (39.16km) will be separated by a thirty-minute service period.

The final day will be a shorter affair, with only 76.78 kilometres of timed sections. Crews will tackle the moonlike landscapes of the Giulio Cesare – Mina Clavero (22.07km) and El Condor – Copina (16.32km) stages without any service period. The legendary Giulio Cesare stage will be run in the opposite direction to previous rallies, from the top of the mountain down into the Traslasierra Valley.

The second pass on El Condor will serve as the Power Stage. The rally is scheduled to finish in Carlos Paz on Sunday, 11 May from 2.48pm.