Another week, another edition of Hyundai Motorsport News. What’s going on in other teams, why aren’t they releasing similar news bulletins? Well, for one, Hyundai is still growing and ironing things out in preparation for full assault, scheduled for next year. I don’t suppose M-Sport, Citroën or Volkswagen would be making changes in their staff at this point, but on the other hand something must be happening in those teams too. Something fans would like to hear about, perhaps. The fact is all teams are occasionally adding features and stories to their websites so if you’re really curious, keep visiting those and/or subscribe to feeds and newsletters.

As for Hyundai, their work continues, as you can see in the official press release following this brief intro. There are new people on the commanding bridge, some new tech being added to the development section and drivers get to do some talking in the European Rally Championship. Read all about it! 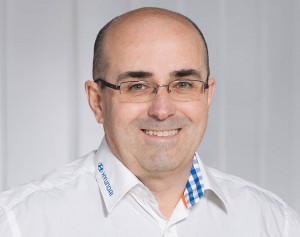 Frison will be based at Hyundai Motorsport’s factory in Alzenau, from where he will head up the various engineering departments (chassis, engine and design). He will report to Team Principal Michel Nandan and be responsible for the continuous development of the Hyundai i20 WRC car.

Frison has a wealth of experience dating back over thirty years during which he has become one of the most trusted technical and management advisors in international motorsport. His experience covers all forms of racing from single seaters, including numerous leading roles within Formula 1 teams, to the pinnacle of the FIA World Rally Championship (WRC).

Since Hyundai Motorsport’s inception in December 2012, the position of Technical Director has been vacant with those responsibilities assumed by Team Principal Michel Nandan. As the Hyundai Shell World Rally Team continues to develop in its debut FIA World Rally Championship (WRC) season, the appointment of Frison in the Technical Director position will allow Nandan to concentrate on overseeing the entire project.

Hyundai Motorsport has recently inaugurated a new engine dynamometer (dyno) at its factory in Alzenau in a bid to accelerate its engine development and testing processes.

The dyno will give the team more freedom to conduct ongoing development and analysis of its 1.6 litre turbocharged engine in-house, while simulating the diverse range of conditions that the team will have to face in the competitive WRC environment.

However, the Belgian and the Finn will be putting their driving duties to one side, as they move from behind the wheel of the Hyundai i20 WRC to behind the microphone at Eurosport.

2014 WRC podium man Neuville will join the Eurosport team for his home ERC event, Ypres Rally, in June. Hänninen, meanwhile, will be a Eurosport guest at round seven of the ERC in Estonia, neighbouring country to his native Finland, in July. The drivers are no strangers to being in front of a camera but they will undoubtedly be just as home behind the microphone.