And now for something completely shoot-out 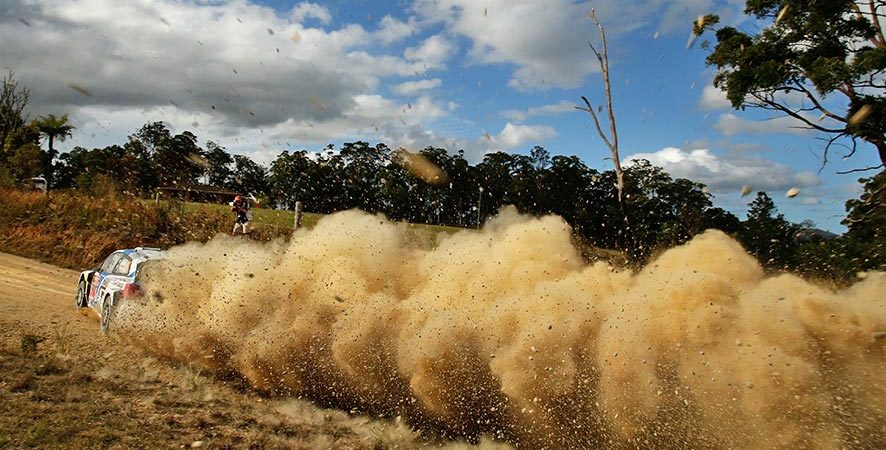 Oh no, it’s not dead, far from it. When FIA decided to reject the current proposal for rule changes, they did not say: “Oh, but this is utter bollocks, take it and never show it to us, ever again. Ever.” Instead, they instructed WRC Commission to work on their ideas a bit more. Or something. I take it you’re as confused as I am. FIA’s official press release does not even mention the WRC Commission’s initiative. Did they decline it because they think it’s completely unacceptable or they’re just upset with some formalities and minor details.

In the meantime, Volkswagen Motorsport team principal Jost Capito, also known as the father of the shoot-out idea, is not surprised by FIA’s rejection. I take it he is quite used to people being outraged and/or disgusted by this silly concept of his. Maybe he is not surprised, but he is also not ready to back down and give up, oh no. WMSC’s next meeting is in December, and that’s plenty of time before the next season starts in January, right. Capito plans to gather his forces and rally the WRC Commission troops in an attempt to recover from this “slap in the face”. How? Why, by working on the shoot-out idea even harder! I can already see a nice PowerPoint presentation, prepared for WMSC members in December, explaining why this idea alone is the only thing that stands between bright future and utter demise of this glorious sport of ours.

Of course, Mr Capito is blaming FIA’s president Jean Todt, who is not exactly the shoot-out’s biggest fan. And this is what puzzles the shoot-out people the most. How can someone not understand that this idea is just brilliant. So many experts worked on it! Also who gave Todt so much power, so he can reject something even though he is not involved in running of the series? It’s oh so wrong. But fear not, shoot-out is not dead yet. They’ll keep pushing it until the last possible moment – even in December it’s not too late.

In the meantime, WRC is doing just fine in terms of close fight excitement, third event in a row. How is it even possible?