Thierry fastest on shakedown, a sign of exciting Rally RACC? 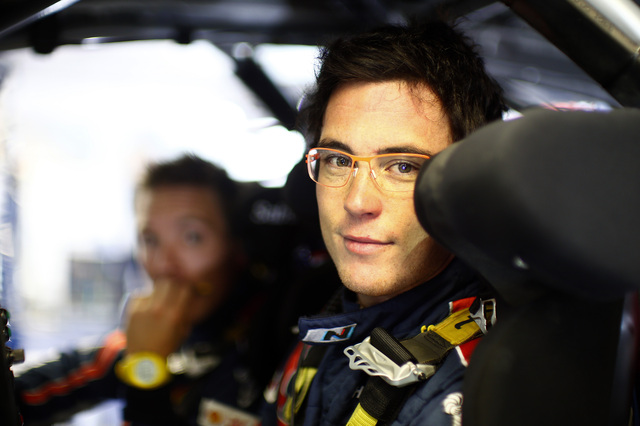 With Volkswagen Motorsport’s line-up for 2015 confirmed, we now know Sebastien Ogier will not be making his way down the autobahn from Wolfsburg to Alzenau. But this only means that Ogier will not be joining Thierry Neuville at Hyundai Motorsport; we still don’t know who will. There are plenty of candidates, and there are also some very solid stories / rumours going about. Hyundai tried and tested various drivers and specialists, namely Dani Sordo, Bryan Bouffier, Hayden Paddon and Chris Atkinson. So far, however, there are no official confirmations on the identity of Neuville’s 2015 team mate. Furthermore, Hyundai might whip out three or four crews divided into two teams, to match Volkswagen’s 2 and a half concept. We’ll have to wait a bit more to learn more about Hyundai’s plans.

In the meantime, Neuville and Sordo claimed 2 out of 3 podium spots at Rally RACC shakedown in Spain today. Thierry was fastest, two tenths better than reigning champ Ogier who in turn managed a slightly better run compared to local hero Dani Sordo in another Hyundai i20 WRC. Shakedowns usually don’t mean much, but they do provide some taste of the upcoming show. Personally I am going to hope that Thierry’s and Dani’s pace was no accident. Hyundai still is playing catch-up to Volkswagen and the rest of the teams, but their progress is evident and constant. It’s going to be a tricky rally on mixed surfaces and, once again, anything can (and most certainly will) happen.