Here’s a very detailed overview of Mikko Hirvonen’s career, released today by his trusty PR team. I had a busy morning so I did not even notice it until now (and yes, I do feel bad about it!), but here it is. Read on then watch Mikko’s farewell video.

Everything this man did in WRC he did with style and class. And what a beautiful retirement he is looking forward to!

After competing at the highest level in world rallying for the last thirteen years, Mikko Hirvonen has decided to end his World Rally Championship career. The Finnish driver will contest his final race at the closing round of the 2014 season, Wales Rally GB.

With 162 starts in the WRC, 15 wins, 68 podium finishes and a four-time runner-up in the World Rally Championship, Mikko Hirvonen has enjoyed a very full and successful career. Since making his WRC debut in 2002, he has experienced some unforgettable moments in world rallying: 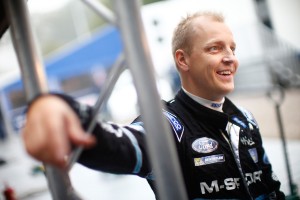 “I have so many incredible memories from the last thirteen seasons! I have had the chance to achieve my childhood dreams! I have travelled all around the world, met some fantastic people and have loved every rally and every fight that I have had with some exceptional drivers. I won some and I lost some but, for sure, I will look back on these moments to the end of my days with a great big smile on my face.”

For Mikko, these thirteen special years have been principally dedicated to rally driving. The Scandinavian driver now feels the need to devote more time to his family:

“Throughout the many years of my competitive career, I have focussed on myself a lot. Rallying has taken up a large part of my life and the pace of the calendar has always been fairly unrelenting. I have enjoyed absolutely every minute of it and although I still love driving now, I would also like to concentrate more on other important things which are part of my life, like my children and my family. There are many areas that I have not yet explored and I’d like to give myself the chance to try new experiences.”

The new challenges that may interest the Finnish driver do not necessarily mean he will be making an immediate return to racing:

“Like anyone who loves motorsport, I’m not only a fan of rallying! I have always liked to keep an eye on other forms of racing. But if I get the opportunity to take on a new challenge in the near future, it will above all be for enjoyment. For the time being, I just want to slow down a bit and take the time to find out about the possibilities that might be out there for me.”

“I would like to thank all the people without whom the greatest adventure of my life would never have even started. My family, my friends, my co-driver Jarmo, my sponsors, the teams with which I have competed over the seasons, thanks to their work and unwavering commitment and passion. And of course, my fans, who have been there in the good times and the bad times and who have given us their unconditional support and encouragement. A huge thank you to all of you.” 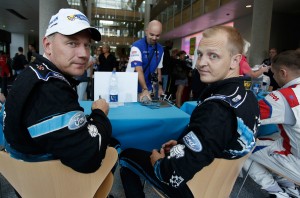 IF MIKKO HAD TO CHOOSE…

It’s really difficult! There have been so many great rallies, so many great fights! I can honestly say that I loved them all. I really can’t choose just one, but I can say that some were particularly significant. Our first win in the World Rally Championship at Rally Australia in 2006 was a very special moment. Our win at Wales Rally GB in 2007 was also very special. I remember the podium that I shared with Marcus (Gronholm) and Seb (Loeb). Chronologically, the last of my top three but the first in my heart was the win at Rally Finland, on home soil and with my family and friends. That’s a unique memory.

I would say the many fights I had with a single driver: Sébastien (Loeb)! They were the greatest battles and the ones I loved the most, whether they were won or lost. It was fantastic! Seb was a rival and team-mate for whom I had and still have a lot of respect, and I think the feeling was mutual.

I would say the Ford Focus. It’s the car in which I have contested the most rallies and in which I had my greatest successes.

Again, I don’t think I can choose just one. Some were fantastic, others were difficult, but that’s part and parcel of racing. I loved every one of them and I have no regrets about these thirteen years of passion, pleasure and happiness.

…just one word to talk about Jarmo…

“Privilege”, because it has been a privilege to work with Jarmo. None of this would have happened without him. We met for the first time at Helsinki airport in 2001, before flying to Italy where we were meant to be competing in our first rally together. It was the beginning of a great friendship. In these thirteen years, full of laughter, adventures, wins, losses and passion, we have experienced everything together. And I know that it’s not over yet! We’ll share many more experiences, because there are still a few great pages to be written in our notebook!