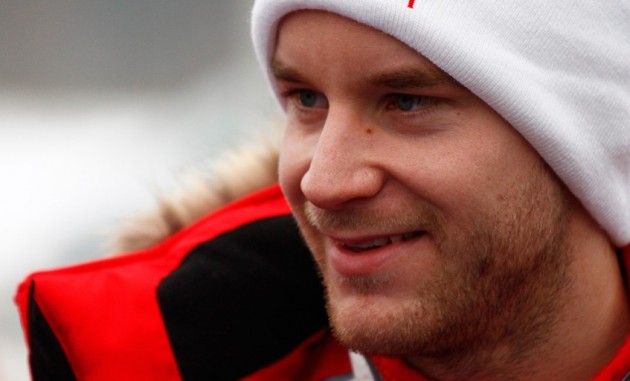 Mads Ostberg and Kris Meeke will continue to fly Citroën Racing banners in 2015, French team just confirmed. That leaves us with two teams (Volkswagen and Citroën) opting for existing names and M-Sport picking Ott Tanak to step in for freshly retired Mikko Hirvonen. In Hyundai, Dani Sordo will partner Thierry Neuville on most of the rounds, yet some spots are still open. As we know, A teams are not the only ones competing in the WRC, so we still do not see the whole picture. Citroën announced further news next week, so let’s all take their word for it. Will they Bobby or not?

MADS ØSTBERG TO STAY WITH CITROËN RACING IN 2015!

The Norwegian Mads Østberg and the Swede Jonas Andersson will compete in a works DS 3 WRC for the entire 2015 World Rally Championship. Their season will therefore begin at Rallye Monte-Carlo (19-25 January), alongside Sébastien Loeb/Daniel Elena and Kris Meeke/Paul Nagle.

For the 2014 season, the works DS 3 WRCs were entrusted to two up-and-coming drivers. This approach paid dividends. Between them, Mads Østberg and Kris Meeke racked up eight podium finishes on all surfaces: gravel, tarmac and snow.

Recently confirmed for a second season, the Northern Irishman Kris Meeke will once again team up with the Norwegian Mads Østberg in 2015. Mads will have the chance to add to his one WRC win, as he takes part in all thirteen rounds of the calendar.

Sébastien Loeb and Daniel Elena will also be competing at Rallye Monte-Carlo in January of next year. The nine-time World Championship-winning crew will be nominated to score points for the Manufacturers’ championship, as will Kris Meeke and Paul Nagle. Mads Østberg and Jonas Andersson will take over from them at Rally Sweden, one of their favourite rounds!

Yves Matton, Citroën Racing Team Principal: “At 27 years old, Mads Østberg is now one of the most experienced drivers in the World Rally Championship. His first season in the DS 3 WRC allowed us to assess his potential. Mads produced some strong performances, despite being rather unlucky at times during the year. Having scored 108 points, his fifth place in the Drivers’ championship reflects his investment. He’ll be able to build on his first season in the DS 3 WRC and will be beginning 2015 already perfectly familiar with the team and the car… Like with Kris Meeke, the aim will be to reap the rewards of the work we have put in.”

Mads Østberg: “I’m very happy to be able to keep working with the Citroën Total Abu Dhabi World Rally Team. I have really enjoyed the last few months. I have learned a lot just by being in contact with this fantastic team and I feel that I’m a better driver. With the DS 3 WRC, I had to adjust my driving style. The work I put in has enabled me to discover new techniques, and they have helped me get to grips with certain surfaces and conditions more easily. I’ll be using this experience to go even further in 2015. I’m really looking forward to seeing the upgrades that have been made on the DS 3 WRC. Thanks to the work done last year and the developments we’re testing and confirming this winter, I want to be able to fight to win rallies as often as possible.”

Citroën Racing has been identifying and putting their faith in talented young drivers for many seasons, supporting their progress to the upper echelons of world rallying. With the Citroën Racing Trophy, the FIA Junior WRC and a full range of customer racing products (DS 3 R1, DS 3 R3-MAX and DS 3 R5), many crews have reached the WRC thanks to the driver development programmes created by the French manufacturer.

There will be further news next week about Citroën Racing in 2015!