What a year this will be, if Monte Carlo is any indication. Granted, the brief but spectacular return of Sebastien Loeb added much to the story but even without Loeb we saw many reasons for optimism as WRC now heads to Sweden. We saw improved pace and control by some drivers, we saw how expensive mistakes can be and how nobody is really immune to them. My only regret, well, one of the biggest regrets anyway, is the fact not all teams have the latest tech in their cars. It would be great to have all teams with fully upgraded cars at the season opener in Monte Carlo, but this year it just wasn’t the case. I cannot go past this without mentioning again how the promised long term stability of technical regulations is a good thing, hopefully it will enable teams more control over their development and preparation for the rest of the year and especially for 2016. But, we’ve only just started 2015 so let’s not get ahead of ourselves just yet, shall we.

Sebastien Ogier did what Sebastien Ogier was supposed to do, Loeb or no Loeb. It was Ogiers task to be in front of Jari-Matti Latvala and he did that, collecting his 25th WRC win along the way. It was up to Ogier not to bite and get involved too much in a duel with Loeb, as much as I and everyone else would love to see this duel take place not just in one event but during an entire season. One of those things that could have been but did not happen, sadly. Meanwhile Jari-Matti Latvala did his job as well, he kept a cool head but also exerted enough pressure on Ogier to keep him from relaxing too much. Then Latvala pushed when it made sense and collected a point on the final power stage. Satisfied and calm Latvala is the most dangerous kind of Latvala imaginable, even more so as the WRC now moves on to snow and gravel. Latvala is going to push Ogier this year, no doubts about that and this time I am sure the push will be a serious one.

Another one perfectly capable of climbing up to the top and ruining Ogier’s and Latvala’s party is Kris Meeke. In a rally in which even Loeb makes a mistake I don’t suppose it’s necessary to write any excuses for Meeke, and he would probably hate those. Kris is perfectly capable of putting more pressure to perform on himself. The speed is there and we know very well DS3 WRC is a car capable of victories. In Monte things did not turn in Kris’ favour, but he’s shown further progress. As the leading Citroën driver, he will be a regular podium scorer at least this year, unless I am mistaken about the level of control he now wields. 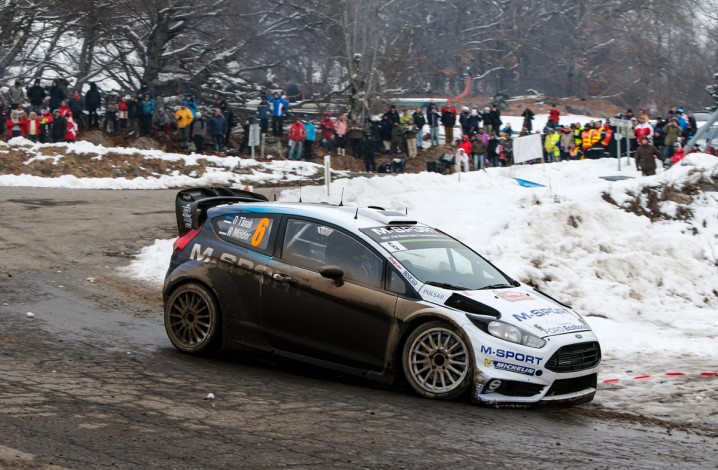 Other notable mentions in Monte include Robert Kubica, who fell victim to another display of bloody bad luck – losing brakes after the flying finish of the penultimate stage and crashing heavily really does belong to a “Fucking Weird” drawer. Ott Tanak will this year lead M-Sport and he will also push Elfyn Evans to keep growing and improving. Ott’s speed was impressive but Monte wanted victims so Monte took victims, Tanak being one of them. Big things are expected from Estonian.

I will try, over the next couple of days, to write a bit more about few other topics concerning WRC and the start of a new season. I have things to say about my first WRC+ experiences, for example, but this can wait a day or two. I did not drive or spectate in Monte this year, but you can get emotionally exhausted from following all this, you know. Plus the bloody bronchitis just won’t let go. Stay warm and safe!