What Are the Top 5 (Virtual) Rally Stages?

It’s spring cleaning time here in the USA, and I decided to de-clutter my office a bit. While digging through my bins of electronics, I stumbled across some of my older, but well-loved rally video games. As I perused my copies of titles such as Colin McRae Rally 2.0, Mobil 1 Rally Championship, and the old Sony WRC games, the memories began to flood back. I remembered all the time I used to spend on the virtual stages of these games as a kid. For fun, I decided to pop a few of them into my new PC (and old PS2) to see if any of them still worked. To my delight, all of them still ran just fine! Needless to say, not much cleaning was accomplished with the rest of my day. However, as I spent a few hours reliving some old memories, it got me thinking. What are some of my favorite virtual stages that I have run over the years? Now, this is not a piece about the top rally games of all time. That has been done ad nauseam, and the undisputed winner will always be Richard Burns Rally. Every rally game has had some shortcoming (usually driving physics), but despite their flaws, some of these games offered incredible stretches of road that still captivate me to this day. So, take a trip with me down memory lane, and let’s relive some of those great moments we had as kids… 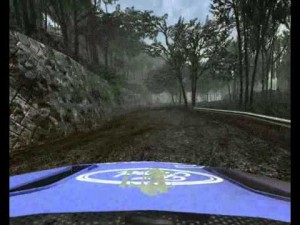 #5: Colin Mcrae Rally 2005 – Rally Japan Stage 2 – Ome
Let’s be honest, there were quite a few things about Colin McRae Rally 2005 that let us down. The “floaty” physics are the first that come to mind for me. However, this game offered some wonderfully designed stretches of road. The one that always comes back to me is the 2nd stage of the fictional Japanese Rally, Ome. Like the other stages in the game, it is far too short, only about 5km in length. However, packed into those few short kilometers are narrow, bumpy tarmac roads with rock walls on one side and sharp drops on the other. The stage begins in a wooded valley before climbing through a series of hairpins to the summit of a mountain. The final sector features a narrow gravel track that runs alongside of a lake. On tarmac tires, this section is absolutely hair-raising! Along the way, the road is strewn with ruts, potholes and mud pulled out from corner cutting. The stage requires full concentration and commitment because there are hazards everywhere: trees, cliffs, guardrails, rock walls and, at the end of the stage, water. As I drove this stage, I remember thinking about what might have been if the Japanese round of the WRC was run on tarmac instead of gravel. 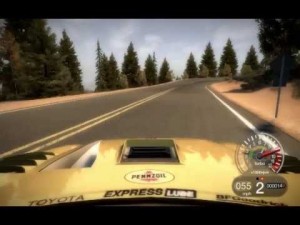 #4: DIRT – Pikes Peak Hill Climb
Hardcore rally fans will always remember the game DIRT as the beginning of the end of the Colin McRae series as we knew it. After this title, the series began to spiral down into the “Gymkhana” nonsense that it is today. However, back in 2006 when this game was released, it offered something that no other rally game had ever attempted: the complete 12.42 mile Pikes Peak International Hill Climb. I still fondly recall the terrifying experience of tearing up the side of that mountain without the aid of a co-driver. What makes this virtual stretch of road even more special is that it immortalized the Hill Climb in its prior state, half tarmac, and half gravel. Shortly after the game was released, the rest of the course was paved all the way to the top of the mountain. Other than videos, DIRT is our only way to relive the former glory of this incredible stretch of road. Yes, the physics might not be great in DIRT, but it still offers the best virtual representation of the legendary Pikes Peak. 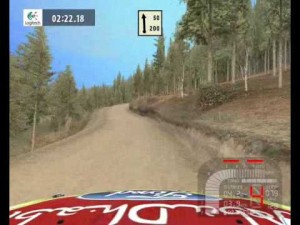 #3: Richard Burns Rally – Rally Australia Stage 4 – Mineshaft
Those of us who have driven on this stage in Richard Burns Rally no doubt remember it for the insane jump towards the end. No matter how slow you took it, it still wasn’t slow enough! However, as great as this jump is, what comes before it is what makes this stage a classic. Most of the stage is spent with a drop on one side and an unforgiving bank on the other. It is always tempting to push too hard and make cuts on some of the corners. This usually results in a trip down the ravine, and thanks to RBR’s unforgiving damage system, the end of the rally. In addition, the narrow section is very fast, spent mostly in 4th 5th, and 6th gears! Peppered throughout the stage are several tricky junctions which are difficult to judge the braking points, because they are hidden by the trees. After the Mineshaft jump, the stage mercifully opens up a bit and the sharp drops disappear. However, there are still two more junctions to negotiate before passing the finish boards. This stage has it all, loose gravel, sharp drops, trees close to the road, and one unforgettable jump! 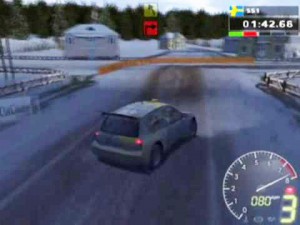 #2: WRC4 (PS2) – Uddeholm Rally Sweden Stage 1 – Sagen
OK, the graphics are dated, and the physics are meh, but when it comes to capturing the atmosphere of a World Rally event, no game does it better than WRC4. Living in the USA, I didn’t have the benefit of playing this game as a kid, because it was only released in Europe and Japan. I remember coveting this title for years, and a few years ago, I finally decided to import a Japanese PS2 and all the Sony WRC games. Not many things in life turn out as great as you imagined them, but for me, WRC4 was an exception. The stages aren’t terribly long, but compared to those in the Colin McRae series, they are perfect! What makes them so special was that when on the roads, you really feel the atmosphere and character of each individual rally. Cyprus feels just as rough and bumpy as I imagined it to be, Monte Carlo, just as tricky, and Wales Rally GB, just as muddy! However, for me, out of all the memorable stages in WRC4, Sagen on the Swedish Rally takes the cake. Throughout the stage, there are hundreds of fans cheering and waving flags. The smoke from the many campfires drifts out into the road, and you can hear the sound of cowbells ringing in the cold winter air. The stage begins with a flowing road in the open that travels though quite a few crests and dips before plunging into the pine forest. The middle of the stage passes through a town with many tight junctions lined by crowds of cheering spectators. The stage finishes with some of those famous snow banks that you can lean the car against to gain some extra time. When driving this stage, I felt like I was really competing in Rally Sweden. Sagen features both the challenge and atmosphere of a real-life WRC stage, and that’s why it takes #2 on my list. 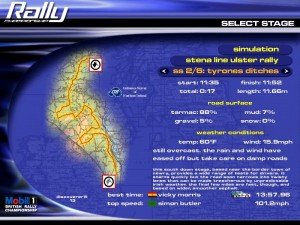 #1: Mobil 1 Rally Championship – Ulster Rally Stage 2 – Tyrone’s Ditches
I remember picking up Mobil 1 Rally Championship years ago at a thrift store. Based on the cover, I wasn’t expecting too much; it seemed to look like an arcade title. I remember my jaw dropping when I installed it and saw the length of the stages! To this day, there is no other rally game that features stages as long and challenging as Mobil 1 Rally Championship. Some of us might remember the 42km long monster Pundershaw that was run through thick fog. While this one certainly is a classic, the fog obscured a lot of the detail of this stage. That’s why Tyrone’s Ditches on the Ulster Rally takes my #1. It isn’t the longest stage in the game at only 18.7 km, however, it offers the most variety. If you read my earlier article on World Rally Blog, you will know that I have a special place in my heart for Irish rally stages. They are fast, narrow, lined by walls, and strewn with slippery mud and gravel. Tyrone’s Ditches lets you experience all of these challenges as you fly past hedges, over jumps, and through tight and muddy junctions on stretches of road barely the width of your car! To add to the atmosphere, there is a light mist hanging in the air just like a typical Irish day. No matter the stage in Mobil 1 Rally Championship, I felt exhausted at the end, but Tyrone’s Ditches left me wrecked! It required full concentration and gave me a little taste of what the Irish crews tackle every weekend in the Tarmac Championship.

As a note, I know that there are some modded stages for a few of these titles, but I wanted to focus on the stages that came original with the games. As an honorable mention for the best modded stage, however, I would have to choose the Semetin stage for Richard Burns Rally. It is one of the few virtual stages that is faithful to its real-life counterpart. It features all the ingredients that make the Czech stages so great: rough, narrow tarmac, high speeds and trees right up to the edge of the road. Driving this stage in RBR gives you so much respect for the boys and girls in the ERC that compete in the real Barum Rally Zlin. So that’s my line up: 5 stages, 2 tarmac, 1 gravel, 1 snow, and 1 mixed surface. I am curious. Are there any virtual roads that keep you coming back to drive time and time again? Any omissions that you think I should include? Feel free to comment below with your top 5!