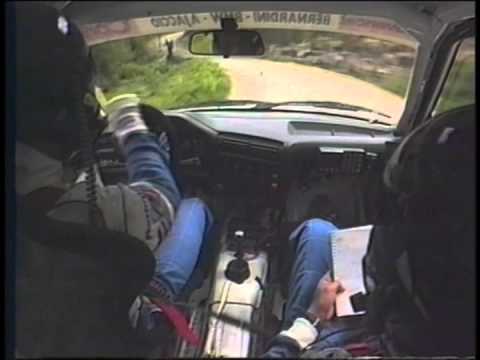 You know all about this car, right? About how awesome it was and how even more awesome it (still) is, a classic in so many ways, be it as a road car or a race / rally car. BMW M3 E30 is just one Those Cars, cars you would buy instantly if you had the money (for all of them). In capable hands this car was a weapon, which is what made it so successful on and off the track, but just how fast and competitive this M really was? I wish I could answer this question, or rather, I wish I knew enough to be able to answer this question with authority, but even I can say that Patrick Bernardini did one hell of a job in his M3 back when Lancia was still winning rallies in the World Rally Championship.

This video is a perfect example of what BMW M3 E30 was capable of, in good hands and on a great road. Local hero Patrick Bernardini is co-driven by Rocky Demedardi, the year is 1992 and we’re riding on board on one of the stages of Tour de Corse. This is fast and surprisingly under control – you would expect the car to be all over the place with its rear wheel drive and plenty of power, but it’s not. Slides are under control and only allowed to happen if they are beneficial to the pace – this guy knows his M3.