Safety First, or Flat Out? 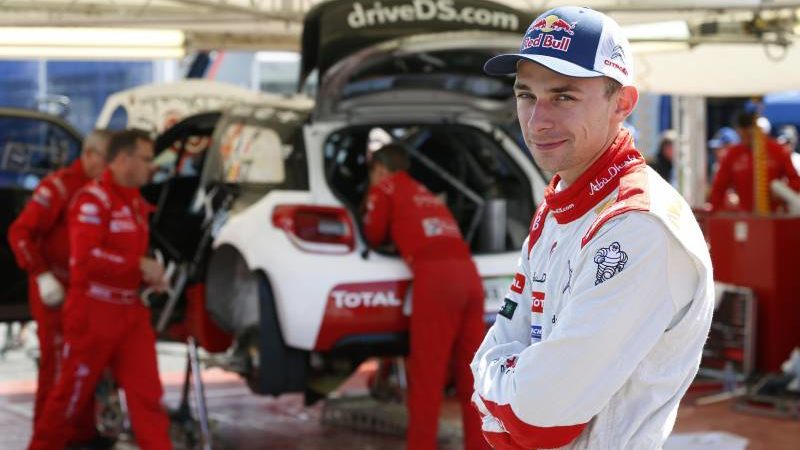 [fusion_text]Put yourself in the shoes of Stephane Lefevbre for a moment. You just wrapped up your first rally in a WRC car last month in Germany. The result wasn’t bad, and along with gaining some valuable experience, people took a bit of notice. All in all, it seemed like a pretty satisfying performance. Fast-forward to today. You just found out with almost no preparation time that you will be carrying the flag for Citroen, not in a “one-off” third car, but with the factory team! In a moment’s notice, the opportunity of a lifetime has been dropped in your lap. This is the opportunity you had hoped and waited for since you began rallying, and it may be your one and only chance to prove yourself. What do you do? What would be your play in Rally Australia? Safety first, or flat out?

Safety First?
This approach definitely has its upsides. If Lefevbre goes for safety first, he will gain valuable experience on a rally that is completely new to him. Having learned his trade on mostly tarmac stages in Europe, the ball bearing gravel of Australia will certainly be a new challenge. No one would blame Stephane for running his own pace and aiming just to finish. Bringing the car home without much drama would also earn the respect and trust of the factory. However, as much as Citroen might like him to have a quiet rally without any moments, this safety first approach might not be the best thing for his own personal ambitions. As much as another uneventful 10th place finish might be praised by his bosses, it may soon be forgotten by everyone else. In this way, choosing safety first is still a risk.

Flat Out?
In contrast, let’s look at the flat out approach. If Lefevbre were to choose this path, there is a good chance that he will not finish Rally Australia. When a new rally, a new car, and a new opportunity coming with tons of pressure are combined, it can often be a recipe for disaster. If he were to go off, it would no doubt disappoint the team and cut short a valuable chance to gain experience. However, if Stephane chooses the flat out route, he might make a splash big enough to turn a few heads. With the road sweeping nature of Australia’s stages, he could have a chance at some good times. What if he were able to pull out a stage win before going off? Would that make a difference? For his personal career, it might be more beneficial for Lefevbre to show that he can fight with the big boys even if it means he risks not finishing the rally.

What Has History Taught Us?
I thought it might be enlightening to take a look at what other some notable WRC drivers, both past and present, have done in their debut rallies with a factory team. For reference, I am not looking at their first rally in a WRC car. Most of these guys had prior one-off drives in older privateer cars. Instead, I am interested in their first performance under the pressure of competing with a factory team in a top class car. This may be anecdotal evidence, but it still may shed some light on what is the best path to take. Have a look, the results are interesting:

Like I said, this is purely anecdotal, and there are quite a few exceptions to this rule. For example, Marcus Gronholm was quite a “late bloomer” and didn’t start getting good results until he was well into his factory WRC career. Mikko Hirvonen had a terribly underwhelming first few rallies with Ford in 2002. Despite these difficulties, both he and Marcus ended up enjoying long WRC careers. However, if you consider the list above, it would bode well for young drivers to take risks and make a big impact on their factory WRC debuts. One good result seems to go a lot further than many average finishes.

If we consider the case of Stephane Lefevbre, his decision to push and take risks might be determined by his career outlook. If he feels that his future is going to be with Citroen, then it might be prudent for him to drive safely and collect valuable experience. While a steady drive to a mediocre finish won’t capture many headlines, it could improve his standing in the team that he hopes will carry him into a full time WRC career. However, if Stephane wants to look beyond Citroen for the future, then he might want to turn a few heads, even if it means risking a big crash. If he follows the example of those before him, the reward of pushing could be well worth the risk. However, as you can see in the list above, the best of the best had the courage to push along with the skill to finish. At the end of the day, that combination is what will guarantee a long career in the WRC.[/fusion_text]