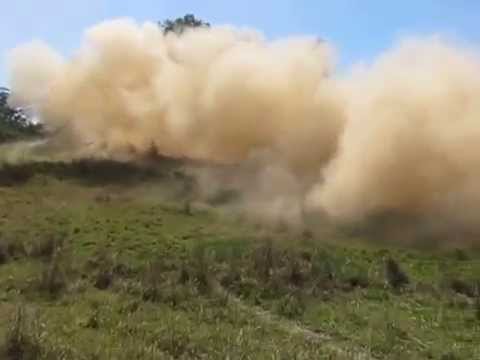 Actually, it’s not much of a report, but it was *this* close from becoming one. I do understand the shock factor and the adrenaline rush and “OMG W8 TILL I PLASTER DAT SHIT ON ALL MY VIRTUAL WALLS”, but again, few lives were spared by pure coincidence. And since neither first, nor second or third car killed them, I’m sure they did not exactly move away from there; actually, I bet they grew more and more excited and stupid, I mean, brave with each passing car. Are we getting close to the concept of “put your life on the line, or it didn’t happen” as a measure of how big and/or dedicated fans are? It’s never awful until you’re dead, or your friend is dead, or until your injuries are life-changing. Maybe WRC safety videos should talk to people who survived rally spectator accidents. Maybe instead of drivers reading scripted “be safe pretty please” one-liners there should be a more elaborate and more in-your-face-and-guts kind of story, showing just what can happen because you thought a selfie is worth more than you? Well, maybe it is. Maybe it’s about natural selection? Is it, you crazies?

I understand the need to get close, I understand the thrill and the excitement. I also understand that stupid monopods just won’t stand straight unless you hold them (recently, tripods were invented, google that shit). Young people are also mostly born handicapped so they cannot even look at things unless it’s through screens and whenever they take photos it must be done by a selfie stick, because hands, how do they work? Girls, just the fact that you’re rally spectators is the biggest possible bonus on your account, if that’s what you’re looking for – no selfie or “let’s see if 150 km/h of steel and plastic can kill me” can beat that.

On the other hand… maybe this was their first rally. Maybe they didn’t know and nobody told them. Maybe they saw similar photos and thought they can emulate the reach of a 400mm or 600mm SLR lens with their phones and gopros? Maybe WRC should do MUCH MORE to educate, starting yesterday.

Marko, thanks for the tip.