We’re nearing the home stretch for 2015! With only two WRC events left, the season is winding down, but there is still plenty to talk about. Here are some discussion points in anticipation of next weekend’s RACC Rally Catalunya. 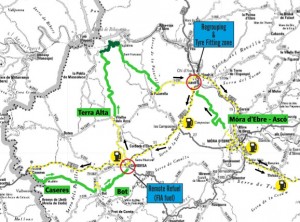 Like in many other events this year, the organizers of RACC Rally Catalunya have jumped on the endurance bandwagon. Day 1 is a monster featuring 8 stages without a service! This means that the crews will be completing almost 130 stage kilometers and a little over 300 transit kilometers before their teams will be able to lay hands on the cars. With the exception of a quick tyre fitting zone between stages 4 and 5, there will be precious little time for the crews to make any emergency repairs. To make this even more difficult, much of the competitive distance on the first day will be run on gravel. While the Spanish stages may not be as rough as rallies such as Sardinia and Argentina, there will still be plenty of opportunities for punctures and damage. Keep an eye on the 35.7 kilometer long Terra Alta stage which will be run as SS4 and SS8. As the last and longest stage in the loop, it will force the drivers to conserve their tyres, which will already be quite worn from the previous three stages. I wouldn’t be surprised to see some punctures in this stage and the potential for big time gaps.

In what has been a very difficult year for rallying at all levels, RACC Rally Catalunya will unfortunately be under the microscope next weekend in terms of safety. It was a little over one month ago that 6 spectators were killed when a car went off a stage on the Rally de la Coruna. Video of the incident showed that spectators were clearly standing in an unsafe location when the car left the road. Regardless of whether this was caused by lack of knowledge by the spectators, lack of marshals, or disregard of marshal’s instructions, this needs to stop happening. I am very curious to see how spectating will be handled next weekend as I will be attending the rally in person. There are two worrisome extremes: either that lack of control leads to safety concerns, or that spectating is so restricted that the rally is difficult to access. I hope that somehow, a safe balance can be achieved, and I will write more about this when I am over in Spain. 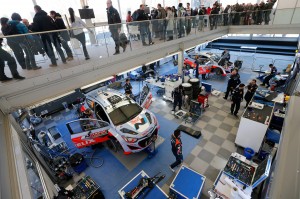 Thank goodness that we have Hyundai to keep things spicy in the WRC! With the drivers and constructors championships decided, there is still plenty going on with the drama over at Hyundai. It will be very interesting to see how all three of their drivers will perform this weekend. Dani Sordo will no doubt be gunning for a big result on his home rally. While he has shown some great consistency in 2015, Dani hasn’t had a stand out result, and Rally Catalunya will be his last realistic opportunity to make this happen. What about Hayden Paddon? How will he react to the recent news that he will be carrying the flag for the official factory team in Wales? He admits that he is still learning how to handle the tarmac, but this vote of confidence from the team might give him the guts to push a little harder. Then there’s Thierry Neuville who seems completely lost at the moment. The company line is that his demotion to the N-team is to help him regain his confidence, but I think we’re all a bit skeptical about that. In theory, he’s signed for 2016, so what’s the end game here for Hyundai? Is this move meant to knock him out of his complacency, or is there more to it? Time will tell, but at the moment, Thierry needs to setep up in a big way this weekend on the last tarmac event of the season. 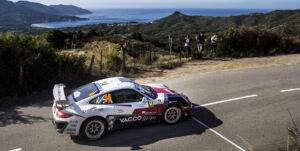 I found this one to be a little eyebrow-raising. Upon perusing the entry list for the rally, it appears that there are no R-GT Porsches competing this weekend in Spain. After watching these cars on TV competing other tarmac events such as Monte Carlo and Germany, I was really looking forward to seeing them in the flesh. Since these cars began their lives as circuit racers, the wide, smooth, and flowing roads of Spain seemed like a perfect opportunity for the R-GT’s to show what they are capable of achieving. I wondered if they had a chance of even mixing it up with the big boys in the WRC cars. Sadly, this won’t happen next weekend, and I wonder if there is anything to that. Is this just due to the fact that no teams entered, or was a decision made to exclude these cars from this event for perhaps safety reasons? I reached out to @voiceofrally, Colin Clark and @The_Rally_Guru, Julian Porter to see if they had any insights, so if I find out anything, I’ll let you know. 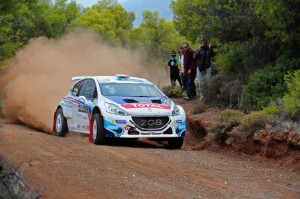 I have to be honest, Craig Breen is one guy that I am really looking forward to meeting this weekend; but with the luck he has had lately, I’m a bit afraid to get near him! After a string of unfortunate DNF’s over the last few ERC events, he lost the championship last weekend in heartbreaking fashion. After leading most of the Acropolis Rally, upon slipping to 2nd, he lost the ability to fight back when the rally was unexpectedly shortened. On this week’s Absolute Rally show, he said that he has some prospects lined up for 2016, and I certainly hope this to be true. I am a bit afraid that if he is not careful, he may risk slipping into rally “no man’s land” like so many others who had plenty of talent but were plagued by bad luck. He really is a star of the future and deserves to be in the WRC. Spanish tarmac isn’t quite like back home in Ireland, but here’s hoping that he puts up a big fight in the WRC2!

That’s about it for now, but keep an eye out here. I’ll be “on the ground” next weekend at Rally Catalunya, so I’ll make sure to post some stuff for you to enjoy. Until then, Cheers!