Oh to not be busy and to have all the money and to be there now instead of whining to you on the internet! But sometimes things just don’t work out and the best you can do is to, well, hold on to whatever information you can, and take it from there. Wouldn’t it be awesome if we could all travel with the WRC, hang out with them and experience each event first hand? Yes it would, but hey, even if you only managed one such event so far, or if this year’s Wales Rally GB will be your first, you still saw more than billions of people around the world. There are much worse things on this planet than following a WRC rally from home. If you’re there, make the most out of your time, but please, stay safe, warm and also safe.

As you probably know by now, Jari-Matti Latvala and Sebastien Ogier shared the top spot at today’s shakedown, followed by Kris Meeke, who is, I’d say, under enormous pressure this weekend. Rally drivers often say that being under pressure is actually beneficial for them, as it forces them to switch into uberconcentration mode – let’s see how Meeke handles it. Let’s also not forget we have a pretty nice and promising battle for the second place in the manufacturers championship, where Citroën and Hyundai are looking to grab as much points as possible.

Andreas Mikkelsen had to cancel his participation in shakedown activities in order to be flown to Germany and checked in Volkswagen’s (if I understood it right?) medical facilities. No word on what was the issue, but according to latest info he’s ready to take part in season’s finale, starting tomorrow.

From the photos and forecasts, it looks like this will be another classic Wales Rally GB, with perfect combination of everything Welsh forests and dirt roads can throw at crews. May it be tough, difficult, slippery and full of ruts, because we simply hate it when crews are happy and have nothing to complain about. Bring on the complaints, they’re food to rally fans souls!

Also, some nice photos and a video from today’s SD to wrap it up. 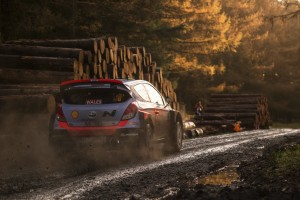 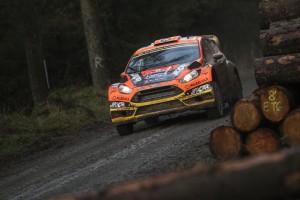 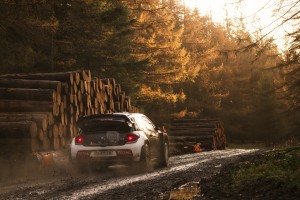 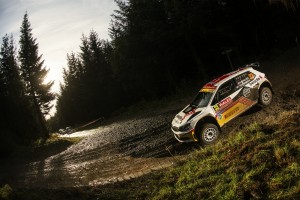 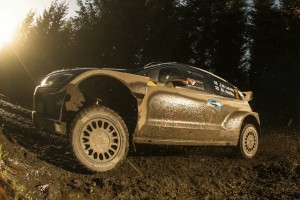 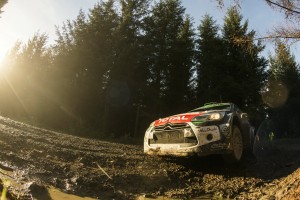