Malcolm… Are You Really Crazy Enough to Let Elfyn Go?

With Citroen’s plans now revealed for 2016 and 2017, our attention now shifts to the next big “Silly Season” story… the fate of M-Sport’s two young drivers. Last month, this story broke when Malcolm Wilson essentially stated that both Elfyn Evans and Ott Tanak would be competing for their futures on Wales Rally GB. After a lackluster performance for the M-Sport team on the season finale, those drivers’ futures now appear even more uncertain. While there are rumors circulating this week that Elfyn and Ott could be sharing a seat next season, no one really knows yet if this will come to fruition. However, regardless of this possibility, Malcolm Wilson would be crazy to let go of Elfyn Evans next season, and here’s why.

Elfyn Is Growing In Maturity: 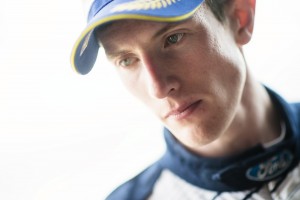 Everyone is aware that the saying goes, “You’re only as good as your last rally,” and there is no doubt that Elfyn began to peter out towards the end of this year. After a string of strong, consistent finishes to open the season, Elfyn had a few events towards the end of the year where he seemed completely lost. The most memorable of these was probably Australia where he barely cracked the top 10 on any of the stages and it seemed like his confidence was completely shattered. However, on the very next rally in Corsica, Elfyn showed his resiliency and scored a surprise 2nd place. While the impact of extreme weather on this event may have played a part, no one can deny the mental toughness shown by Elfyn to recover after such a terrible showing just a few weeks prior. While not quite as dramatic, Elfyn also put in a solid drive to salvage 6th in Wales after crashing out two weeks earlier in Spain. Elfyn may not have shown much outright speed in 2015, but these gutsy rebound performances are evidence of a maturity far beyond that of a 26 year old with only 2 years of WRC experience. Lots of young guys out there are fast, but not many possess the poise that Elfyn has shown.

M-Sport Needs Another Iconic British Driver
While Marcus Gronholm, Jari-Matti Latvala, and Mikko Hirvonen of Finland all played a big part in M-Sport’s history during the mid-2000’s, no one can deny that some of the team’s most iconic moments took place while Colin McRae was piloting the Ford Focus. The synergy was perfect. A British world champion was driving a British car for a British team. While it’s not fair to compare Elfyn to Colin, there is a synergy in his story as well. Before Elfyn came around, his father Gwyndaf had a long history rallying Ford Sierra Cosworth’s and RS2000’s both nationally and internationally. Elfyn grew up with rallying in his blood with his childhood home only a stone’s throw away from the classic Mid-Wales stages. On top of all that, the family has owned a Ford dealership for years that has been instrumental in supporting and funding Elfyn’s rallying career. With Elfyn, M-Sport has the potential to catapult rallying back into the spotlight in Great Britian. Elfyn belongs in a Ford rally car… it’s just meant to be. It’s important for Elfyn, it’s important for M-Sport, and it’s important for British rallying as a whole.

Don’t Let Another Team Reap The Rewards
Elfyn Evans has been groomed by M-Sport long before he appeared onto the WRC scene. It was back in 2007 when he began his career in a Ford Fiesta ST. Other than a one year hiatus in a Group N Subaru after he won the Pirelli Star Driver award in 2010, Elfyn has rallied exclusively in Ford rally cars prepared by M-Sport. When he wasn’t competing in an M-Sport car, he was working for the company as a test driver in 2013. For the past 8 years, M-Sport have nurtured and developed Elfyn into the rally driver that he is today. It would be absolute foolishness to let another WRC team reap the rewards of all that hard work. Elfyn is on the cusp of breaking through in his WRC career. It would be a bitter blow to M-Sport if they gave up the chance to enjoy that success. No, he’s not quite there yet, but give him time and he will be.