He’s Still Got It! 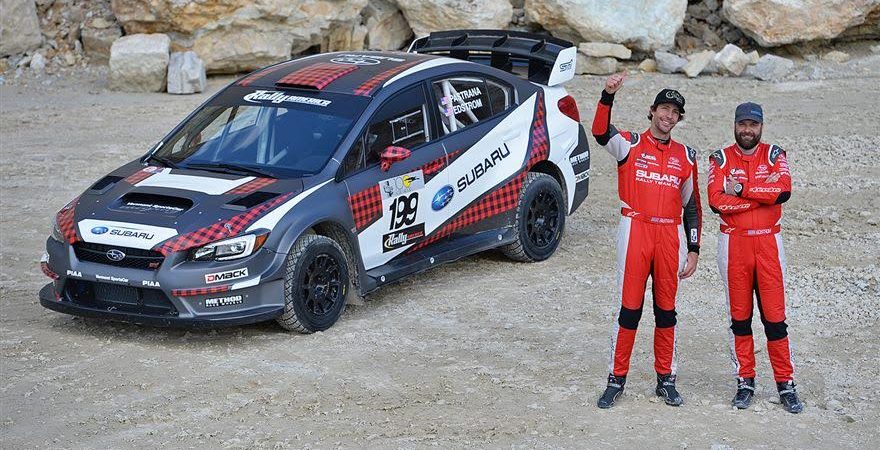 I’ll admit it, I have fallen guilty of being a “rally snob” from time to time. This distasteful habit can manifest itself in a variety of ways. Sometimes it’s the rolling of the eyes when someone asks me, “Rally… you mean that X-games stuff… right?” At other times, it is a snide comment posted when discussing various rally inspired “simulations” on forums and message boards. Sometimes it is justified, but more often, it is a bit too much arrogance on my part as I consider myself to be a “real” rally enthusiast.

However, as self-righteous as I can sometimes be about the sport I love, I can’t think of time when I was more of a rally snob than back in 2005. At that time, I was 16, so of course I knew everything… right? I still remember sitting at my computer monitor and snickering to myself when I read the press release that Travis Pastrana, “the X-Games guy” was going to pursue a career in rallying in the Rally America National Championship. “Yeah right,” I thought to myself, “I can’t wait to see how much equipment he destroys before Vermont SportsCar gives up on him.” As the “fully mature” teenager that I was, I very much doubted that Travis would last more than a few rallies before either giving up or being tossed to the side by his team. 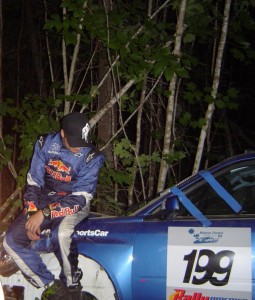 For a little while, it looked like I was going to be right. On the drive out of the Concord Pond stage after spectating during the 2005 Maine Forest Rally, I remember seeing bits of blue bodywork appear out of the darkness as we came over a blind crest. Then the debris became larger: a rear spoiler, a spring, and finally an entire suspension assembly with the wheel still attached. Sure enough, lying in the trees just off the edge of the road was Pastrana’s battered Group N Subaru. Once again, I smiled to myself thinking, “This guy doesn’t have what it takes.”

Well, did I turn out to be wrong! Four national championships later, Travis showed that he did have the determination and maturity to make a name for himself in American rallying. At first, I didn’t want to admit it, but despite his unorthodox introduction to the sport, the guy had real talent! Despite his convincing pace, what finally allowed me to warm me up to Pastrana was his interaction with Colin McRae. Seeing how he acted when competing with Colin made me realize how deeply Travis’ respect of the sport and its history ran. This wasn’t just some daredevil trying out some new kind of extreme sport, but instead a guy who felt honored and privileged to compete on the same stages as a legend. Watching Travis as he reacted to Colin’s famous roll-and-go in the 2006 X-Games showed that he was a guy who cared just as much about the sport of rallying as I did.

As I reflect on this year’s 100 Acre Wood Rally, I can’t help but feel a tad bittersweet. It was absolutely fantastic to see Travis Pastrana leading a rally again in his trademark 199 Subaru, but it also made me wonder “what might have been”. What if Travis hadn’t spent a few years racing stock cars? What if Subaru hadn’t pulled out of the WRC in 2009? What if the Global Rallycross Championship hadn’t exploded like it had? Could Travis have been the American WRC star that we had been hoping would come along for so long? If you consider his winning performance this weekend after months away from the sport, I think the answer could have been yes.

OK, we all know that David Higgins is plenty quick, and in a straight fight, Travis probably wouldn’t be able to match his pace. However, as we have seen time and time again, rallying isn’t just about being quick. Travis drove a steady rally and took advantage of a turbo issue on Higgins’ Subaru to jump out to a day one lead. He knew that David would be coming hard and fast on day two, but Travis kept his wits about him and consolidated his efforts to take a fairly convincing win. This did not look like the performance of someone who had been away from stage rallying since August of last year! At 100 Acre Wood this weekend, Travis proved that he has still got it. As they say in football, “Form is temporary, but class is permanent”. Once again, Travis Pastrana showed his class, and I’m hoping that we get to see more of it before this season is through.

For those of you who are nostalgic like me, here’s a link to that amazing finish of the 2006 X-Games: