Alright, I meant to put this out a lot sooner than now, but work got in the way. So you’re going to be stuck with my random and disorganized thoughts as I sit in a pub at the Philadelphia International Airport waiting to board my flight bound for Ireland. It also doesn’t help matters that I am now a few beers in since the boarding time has been delayed twice. So, I can’t promise anything that scintillating in the next few lines, but as my nephew is learning in preschool, “You get what you get and you don’t get upset.” With that in mind, here’s my very helter-skelter summary of what to look forward to in Ireland this weekend:

This is pretty cool. I know that we have live power stages in the WRC, but what the Circuit of Ireland is going to attempt this weekend is quite special. For the first time that I can remember, a rally is going to produce a live feed for the entire weekend. The Circuit of Ireland organizers promise that the event will be “live and global” Here’s the quote from the official website.

“There will be a live stream with coverage from many of the special stages and form the service areas including end-of-stage interviews with the crews as well as coverage from drones and in-car cameras as well as live pictures and commentary from the Ards TT stage on Friday evening.”

Just my luck, I drop everything to go on an impromptu trip to Ireland to see this rally in person and they go ahead and do this! You all will have to let me know how it turns out since I’ll be trudging through soggy Country Antrim all weekend! In all seriousness, however, this is a huge step for rally broadcasting and I hope that it lives up to the expectations. Kudos to the organizers for putting in the effort to make this happen. 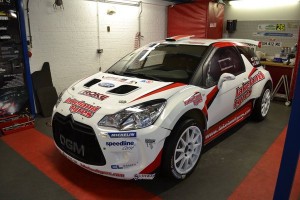 He made us sweat this one out a little bit! For a while, it looked like Craig Breen wouldn’t be back to defend his Circuit title from last year due to his Citroen WRT commitments. However, in a surprise announcement last week, Craig confirmed that he would be back this year in (no surprise) an R5 Citroen. He will be competing with the DGM team alongside Irish tarmac ace Keith Cronin. From the sound of it, despite his new factory gig at Citroen, Craig still had to work hard to put this deal together. Here’s his quote: “My friends and supporters from Waterford and beyond were also desperate for me to do the rally and it is with their help that we have been able to make this happen. I love this rally. I love its rich heritage and I love the magnificent trophy which goes to the winner – I want to bring it back to Waterford for another year.” 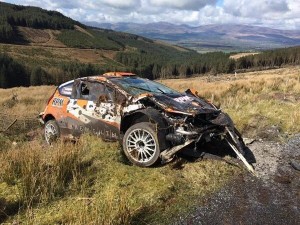 I’m sure you’ve heard the news by now, but if you haven’t, Alexey Lukyanuk will not be participating this weekend. Sadly, he had a big crash yesterday in pre-event testing. Fortunately, the crew is OK, but the car is definitely written off due to the damage. This is a huge disappointment. Do you remember what this guy did in an R4 Evo X last year in Rally Estonia? I can’t think of many more spectacular drivers who are currently competing in the top levels of rallying. He gives 100% on every stage and wrings the neck of whatever car he is piloting. Sometimes, he can be a bit ragged, but I was looking forward to seeing Alexey fully committed on the narrow Irish roads. I really thought he had something for those Irish lads this weekend… it’s too bad we won’t get to see it.

Ireland vs. Britain vs. Europe:

Anytime a major championship features a “specialist rally” there is an opportunity for the local boys (and girls) to steal a piece of the limelight. This is certainly the case this weekend with two premier national championships (British and Irish Tarmac) going head to head against the stars of the European Rally Championship. As the WRC crews learned the hard way in 2007 and 2009, the Irish lanes are incredibly tricky and punish even the slightest of mistakes. Because of this, the locals tend to carry a hefty advantage due to the unpredictable nature of these treacherous roads. However, the Irish lads will have to look out for the top contenders in both the ERC and the BRC. Everywhere you look, there are potential winners… Craig Breen, Keith Cronin, Max Vatanen, Elfyn Evans, Alastair Fisher, Robert Consani, and of course Kajetan Kajetanowicz. Who’s it going to be? Your guess is as good as mine!

There’s tons more stories to this rally, but my flight is about ready to board, so that’s all I have for you right now. Check back in throughout the weekend though. I’ll try to have some interesting stuff for you to enjoy as the event unfolds.