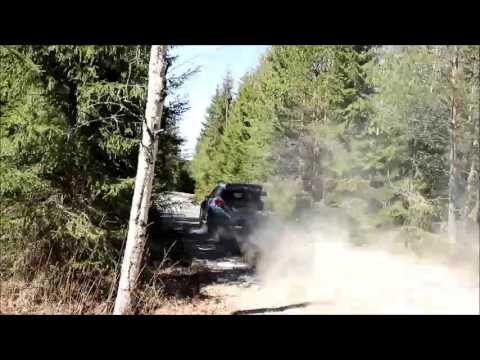 Look at them go! I would imagine Toyota will not cease testing and running for the remainder of this year, now that they finally got the taste of it. The Yaris WRC is on the move again, and since the team is based in Finland it’s only natural they’ll want to tear through Finnish forest roads first, because they’re handy and they’re WRC relevant. What we can tell from photographs and footage taken during these first test? Well, certainly not much, but they’re moving, car is running and is looking fast, sounds proper, aero bits are being tuned so yeah, they’re alive! Time is definitely not on Toyota’s or Tommi Makinen’s side, but perhaps we are wrong about the state of this project, overall. They probably were able to salvage and use at least some of the tech and know-how from TMG’s own WRC project, so this is not starting from dead scratch. But, it may well be. Either way, busy months for Makinen and his crew, we’re trudging through May already – Monte will be upon us before anyone can say “I wish Toyota comes back with a competitive car, reliable drivers and a competent team”.

P.S. Now would be a good time to start some PR.