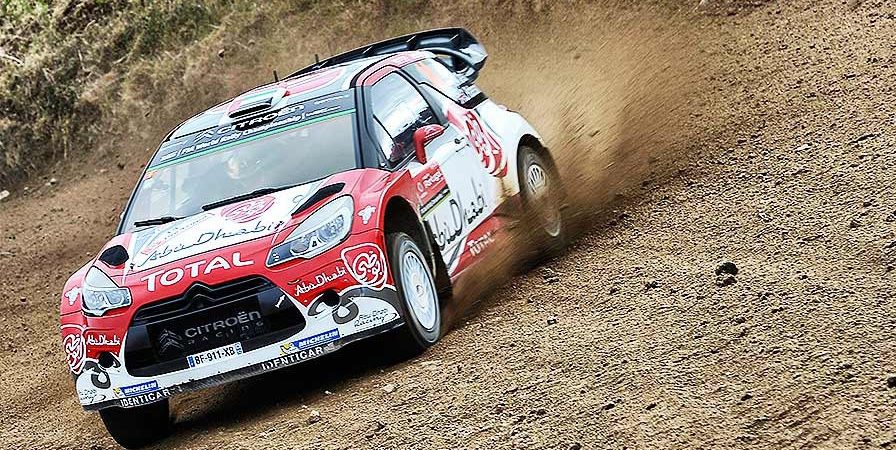 Before diving into this topic, I want to take a moment to congratulate Kris Meeke on his 2nd WRC victory. What I’m about to write is by no means a reflection or criticism of Kris’ performance this weekend. We can’t forget that it’s been over 3 months since he was last competing in the WRC. Kris did a fantastic job of using the road position to his advantage and then managing his lead. It wasn’t long ago when we were talking about Kris throwing away rallies when he was in a similar position. He deserves full credit for what he accomplished this weekend. He hasn’t skipped a beat, and that Citroen DS3 is still plenty fast when put in the right hands. As Kris said himself, his job was to drive the road in front of him, not to worry about whether his road position was “fair” or not.

That being said, however, I can’t help but think about what the other teams in the WRC service park might have been feeling at the conclusion of this year’s Vodafone Rally Portugal. Let’s put ourselves in the shoes of Hyundai, Ford, and VW for a moment. Here are 3 teams that have made a huge financial commitment to the championship in two ways. First, they are competing in every round of the WRC this season. Secondly, they are trying to balance testing and development of the 2017 cars with their efforts towards the 2016 season. By juggling these two endeavors, they are putting tremendous strain on everyone within their teams. Now, Citroen have decided to take a step back and concentrate the majority of their efforts on the development of next year’s car… fair enough. They certainly have the right to do this, especially since they have publicly announced their involvement in the WRC for years to come. However, by choosing to sit out the majority of the 2016 season, they are saving a huge amount of time, money, and resources when compared to the other 3 teams that are competing full time in the WRC this season. With this in mind, is it really fair to give them the advantage of running so far down the road order on gravel rallies?

I hope I’m wrong, but I fear that there may be quite a vicious backlash from the other teams in response to Citroen’s victory this weekend. Why should a team that isn’t making a full commitment to the championship this year be placed in such an advantageous position over the teams that are far more involved? Is it fair that Citroen now has the same amount of wins as Hyundai this season even though they have only competed in 3 rallies? I think that the WRC organizers are going to have to take a hard look at they way they handle road position in situations like this for the future, or else they may have a bit of a mutiny on their hands. I’ll be the first to raise my hand and admit that I have been a bit critical of Sebastien Ogier’s whinging about road position. However, when he said “I’m not really competing in the same rally as Kris”, he was absolutely right. It’s one thing when a privateer in a low-budget team has an advantage of running 10 spots behind Ogier. It’s something very different when one of the best rally drivers in the world in a manufacturer supported car is given this advantage simply because his team hasn’t competed in all the rallies.

Another concerning trend that could appear from this situation is the ability to “cherry-pick” rallies. If teams are going to be rewarded with a favorable road position by not committing to the full championship, what’s to stop them from picking one or two high profile events such as Rallye Monte Carlo or Neste Rally Finland to poach from the teams competing full-time? It would still offer the financial and PR rewards of winning a WRC rally at a fraction of the cost of a full-season commitment. This exact practice was one of the hurdles that the WRC needed to overcome in it’s early years to build the profile of the championship. It may seem like a knee-jerk reaction, but I think that the WRC needs to consider running cars that are not registered for the championship first on the road. If they don’t, they will risk alienating the very manufactures that they have worked so hard to draw into the championship. What do you think?